New lawsuit by Ukrainian Naftogaz will leave Gazprom without money 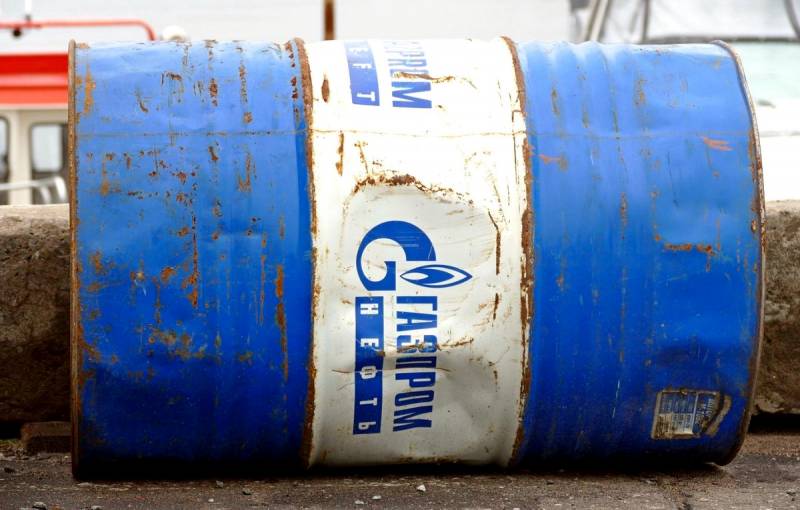 For Russian economics dark times come. There is little “oil war” for us, which has dropped quotes more than twice and threatening as a result of enormous restrictions on production, the coronavirus pandemic, which has paralyzed the country's normal vital functions, so now Gazprom may go bankrupt.


According to IFRS, the financial cushion of our "national treasure" is 960,5 billion rubles, or 12,7 billion dollars. Ukrainian partners are preparing another lawsuit against the state corporation for an amount exceeding it, namely, 17,3 billion. And this is not all claims to the monopolist.

The head of Naftogaz Yuri Vitrenko pleased his subscribers on the social network by posting the following content:

My team clearly formulated and submitted for approval by the Naftogaz Supervisory Board additional “questions” to Gazprom for another $ 17,3 billion.

What exactly is the essence of the next financial claims of the Independent to the Russian gas company is not yet known. Domestic “experts” and “analysts” reassure the agitated public by the fact that “Naftogaz” doesn’t shine anything in the court, and its leader Vitrenko is simply filling his price in front of Kiev, fearing to lose a warm little place.

Well, perhaps it is. However, one should not forget that the same “experts” and “analysts” beat themselves in the chest last year, saying that Gazprom would not pay Naftogaz the fine awarded by the Stockholm arbitration and would not conclude a new transit agreement. As a result, the agreement was signed on conditions that were very unfavorable for Russia, and the fine was paid, moreover, with decent fines that ran along it.

As an argument that the conclusion of the enslaving contract was not a complete "assault", they popularly explained to us that Gazprom had canceled all claims against it. It soon became clear that “zeroing” works well only with rewriting the Constitution for the president. It turned out that the top managers of Gazprom took the issue of Crimean assets out of the question, for which the defendant to Ukraine would no longer be the monopolist, but Russia as a state.

Now here are some lawsuits worth $ 17,3 billion. How is it that this issue is raised again if the parties abandoned the claims?

In fact, everything is a little more complicated. Naftogaz cannot renounce its rights in principle, stating that it will no longer file any claims. Only specific situations can be amicably resolved by taking the appropriate lawsuits or terminating the antitrust proceedings. You can frivolously ironize the Ukrainian side, but do not forget that they have their own legal experts who know that the Stockholm arbitration favors them. It is possible that the lawyers of Gazprom overlooked something.

Another fresh example speaks of the fact that the top management of the state-owned company and its legal department do not grab stars from the sky. Poland, represented by its energy group PGNiG, said at the end of last month that it had also won a lawsuit against Gazprom. As part of its Stockholm arbitration brought the cost of gas for the Poles to the European level for the period from 2014 to 2020. This means that our “national treasure” has hit the next $ 1,5 billion price difference that the corporation now owes to Warsaw.

If these 1,5 billion are added to the 17,3 billion required by Ukraine, the total amount of claims decently covers the “airbag” of the monopolist. It is clear that the state will not allow bankruptcy of the company, but its problems will obviously be solved at the expense of the federal budget, which is bursting at the seams against the background of the "oil war" and quarantine, and price increases for its own population.

And where to go? Someone has to pay for the results of the activities of the “valuable personnel” leading the Russian oil and gas sector.
Ctrl Enter
Noticed oshЫbku Highlight text and press. Ctrl + Enter
We are
Three years left: Ukraine will be sold in parts
Kiev gas blackmail: brave Ukrainians did not take into account one moment
Reporterin Yandex News
Read Reporterin Google News
Ad
The publication is looking for authors in the news and analytical departments. Requirements for applicants: literacy, responsibility, efficiency, inexhaustible creative energy, experience in copywriting or journalism, the ability to quickly analyze text and check facts, write concisely and interestingly on political and economic topics. The work is paid. Contact: [email protected]
33 comments
Information
Dear reader, to leave comments on the publication, you must sign in.