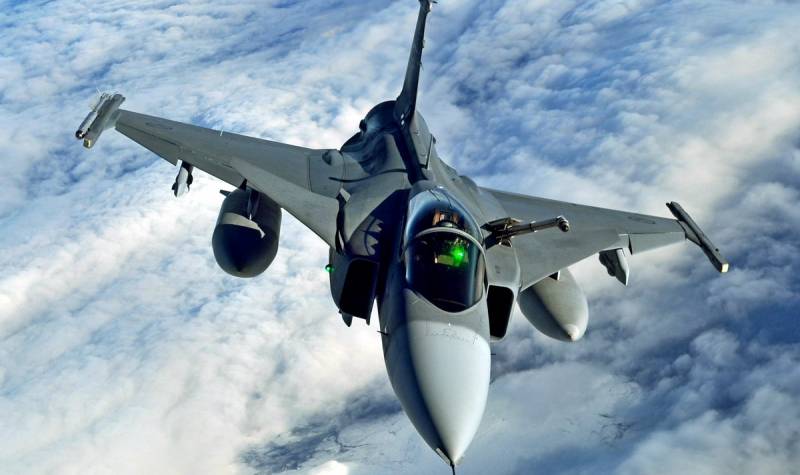 The promising Swedish light fighter JAS-39E Gripen successfully passed the cold test this winter. Checking the operation of the onboard systems and engines of the "competitor" of our MiG-35 was carried out at an air temperature of -20 to -26 degrees Celsius.


During testing, a combat aircraft made several flights at low temperatures, landing with braking on an icy runway. In addition, the engine was tested after “freezing” - long-term aircraft downtime (several days) without starting and warming up the power plants.

Recall that the family of JAS-39 Gripen fighters was adopted by Sweden in 1997. The promising Gripen E was developed based on the Gripen NG demonstrator, which was created to assess the modernization potential of a combat aircraft.

The new version of the light class fighter equipped with advanced American engines F414G. Like the Russian MiG-35, the aircraft received increased fuel tanks and the ability to carry a larger (compared to the previous model) combat load.

It is worth noting that a promising Swedish fighter will be able to cruise a supersonic flight without using the afterburner mode. Moreover, its duration is limited only by the amount of fuel in the tanks.

Among other things, it is known that Gripen E received updated communications equipment, an infrared search and tracking system and protection, which includes a warning about the approach of a rocket and radar exposure.
Ctrl Enter
Noticed oshЫbku Highlight text and press. Ctrl + Enter
We are
“Not a single chance”: Americans compared the capabilities of the MiG-31 and F-22
The revival of Baikal: what is wrong with the Russian reusable missile?
Reporterin Yandex News
Read Reporterin Google News
Ad
The publication is looking for authors in the news and analytical departments. Requirements for applicants: literacy, responsibility, efficiency, inexhaustible creative energy, experience in copywriting or journalism, the ability to quickly analyze text and check facts, write concisely and interestingly on political and economic topics. The work is paid. Contact: [email protected]
3 comments
Information
Dear reader, to leave comments on the publication, you must to register.
I have an account? Sign in