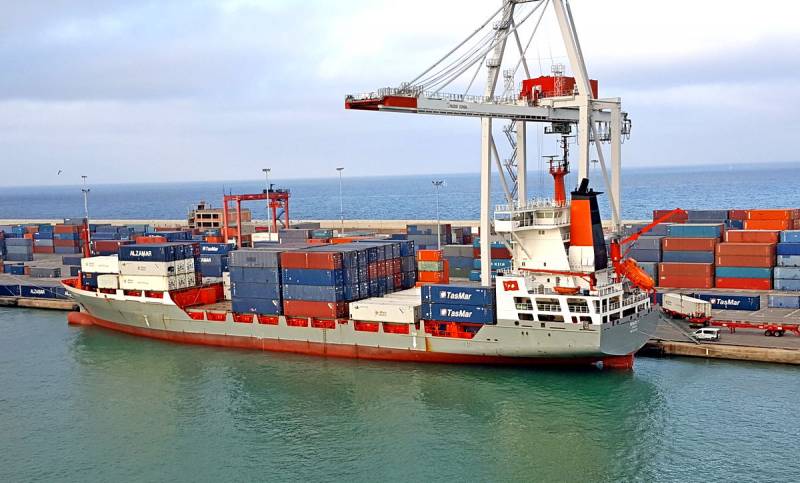 In search of new ways of marketing its products, China opted for the westernmost point of Russia - Kaliningrad, which opens the gate to goods from China to Western Europe.


Through Kaliningrad, rail deliveries began on the so-called “new Silk Road” from the PRC to Western Europe and in the opposite direction. The goods are first delivered from Xian to Kaliningrad by rail, then from the Russian port to Mukran via the Baltic Sea, and from there already - by rail to Hamburg.

On April 8, the first sea scheduled flight to Mukran from Kaliningrad started - the cargo ship “Vega” with 50 containers of goods for consumers from Western Europe should arrive at its destination on April 9. Similar four flights, but not on a regular basis, the ship has already completed in late March - early April.

Now delivery of goods to European customers will take only about two weeks. In addition, the Baltic countries are excluded from the goods delivery scheme - China thus prefers Russia as a more profitable and economically predictable partner.
Ctrl Enter
Noticed oshЫbku Highlight text and press. Ctrl + Enter
We are
China has launched the struggle for the delivery of goods "Steel Way"
British authorities arrested a Russian cargo ship
Reporterin Yandex News
Read Reporterin Google News
Ad
The publication is looking for authors in the news and analytical departments. Requirements for applicants: literacy, responsibility, efficiency, inexhaustible creative energy, experience in copywriting or journalism, the ability to quickly analyze text and check facts, write concisely and interestingly on political and economic topics. The work is paid. Contact: [email protected]
22 comments
Information
Dear reader, to leave comments on the publication, you must to register.
I have an account? Sign in