Why the ultimatum of Saudis to Russia on oil is impossible 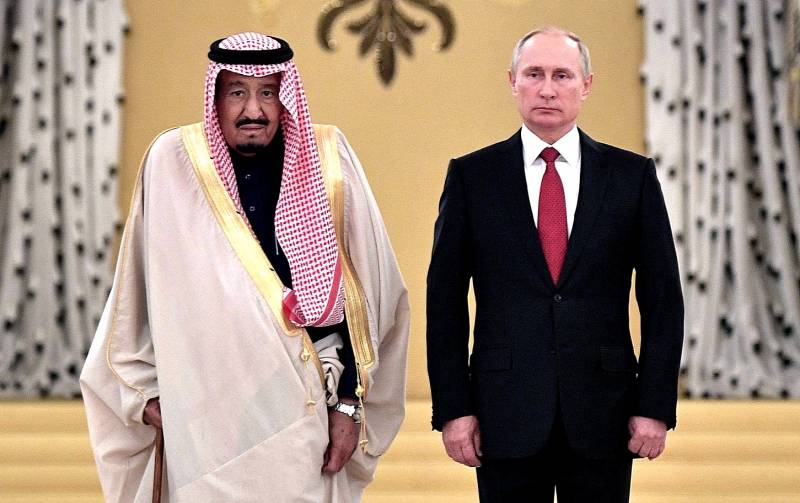 Tomorrow, April 9, a meeting will be held at which the parties to the OPEC + transaction will try to agree on a reduction in oil production in order to return quotes to a level comfortable for all players. The fact that at least 10 million barrels a day should be removed from the market, everyone agrees, the question is, due to whom it will happen.


Judging by the Bloomberg agency, Russia has been designated as “extreme”. However, as we are assumed earlier.

So, we again return to this unpleasant topic. A month ago, the Russian leadership refused to accept additional obligations under the OPEC + deal, according to which it was supposed to reduce production by 0,5 million barrels per day. Saudi Arabia responded with an increase in production and powerful dumping, as a result of which prices for black gold fell more than two times, dragging gas quotes along with them.

The "oil jihad" began, which showed a lot of interesting points. Unlike our country, the Middle East monarchies have managed to dramatically increase production volumes. Saudi Arabia added from 9,8 to 12,3 million barrels, that is, 2,5 million over the norm. United Arab Emirates - from 3 million barrels per day to 4. Iraq pumps an additional 200 thousand barrels, which totals 4,8 million. A certain conspiracy is obvious, given that Riyadh set a tough ultimatum for Moscow: now Russia is expected to reduce production not by 0,5, but by 1,5 million barrels per day.

The Saudis themselves agree to remove 3 million barrels, which, given the excess of 2,5 million, will amount to a loss of only 0,5 million. The UAE will also lose only 0,5 million barrels compared to March. And that’s all, if you take it as a minimum, hoping that the American shales will nevertheless join the agreement. But President Donald Trump bluntly stated that he did not intend to participate in the new deal, and the United States and Canada did not defiantly come to the meeting, leaving the rest to agree among themselves.

Frankly speaking, the result of the month of the oil war is not “pulling”, to say the least,. Of course, you can come to an agreement with the Arab countries with a good face, returning quotes to an acceptable level that specially trained people will imagine as a victory over the Saudis and the rest of the world, but there is an objective economic a reality that cannot be ignored.

The problem is that reducing production even by 1 million barrels per day is a disaster for modern Russia. Unlike American shales or Saudis, domestic wells will be difficult and expensive to conserve. Excess oil can be left in storage, but their capacity is not dimensionless. The reduction in oil production will inevitably lead to the fact that it is necessary to abandon part of the old fields developed since the Soviet era. In general, new ones with hard-to-recover oil will have to be forgotten.

The question will arise about the advisability of Rosneft developing Arctic projects, and this is closely related to the expansion of the infrastructure of the Northern Sea Route and the construction of the Zvezda super-shipyard in Primorye. A powerful blow will be made to the system-forming sectors of the Russian economy, part-time employees will inevitably be dismissed, which will add social tension to the crisis. Due to the drop in production volumes, the revenues of petrodollars to the federal budget will sharply decrease. At the same time, one must clearly understand that the key problem is not even the low prices for black gold, but the general recession of the world economy, which has already begun, but was intensified by quarantine measures against the coronavirus pandemic. It is completely incomprehensible when the previous demand for hydrocarbons will be restored.

Russia is making an offer that cannot be refused. But it is impossible to accept. The most unfortunate thing is that the current situation is a direct result of the state’s economic model built on oil and gas exports with an appropriate level of governance, which worked while everything was fine, but instantly stumbled over itself when everything became bad.

Now what remains is to declare war on Saudi Arabia. Joke.
Ctrl Enter
Noticed oshЫbku Highlight text and press. Ctrl + Enter
We are
To deceive everyone: the USA played a great game against oil
Oil prices: how Russia outwitted the whole world
Reporterin Yandex News
Read Reporterin Google News
21 comment
Information
Dear reader, to leave comments on the publication, you must sign in.