In Russia, updated one of the most powerful guns in the world 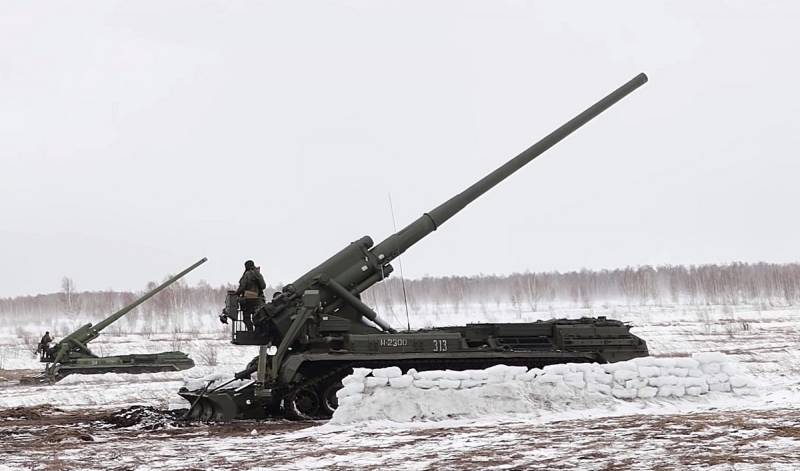 One of the most powerful guns in the world of the 2S7M Malka self-propelled guns was modernized. According to the agency RIA News, Uralvagonzavod concern has completed all work on updating the combat vehicle. Its first model is already ready for transfer to the military.


During the modernization, foreign components were replaced with domestic ones. The current version of the Malki has received new ones: a transmission, surveillance equipment, distribution mechanisms, power supply units, an intercom system and a radio station.

Recall that the 2S7M self-propelled gun or Malka is a modernized version of the earlier Soviet 2S7 Peony self-propelled gun. The combat vehicle is equipped with a 203-mm rifled gun with a rate of 2,5 rounds per minute and is designed to suppress the rear and destroy critical objects at a distance of 47 km.

As a rule, as ammunition for this self-propelled gun are used: cluster, high-explosive fragmentation and concrete-piercing shells. However, it is also possible to use nuclear weapons.


According to the statements of the representatives of Uralvagonzavod, the updated version of Malki received improved basic characteristics and controllability, and also became more mobile and maneuverable. At the time of delivery, the combat vehicle successfully passed all operational tests.
Ctrl Enter
Noticed oshЫbku Highlight text and press. Ctrl + Enter
We are
M109A7 intend to make the basis of US artillery
What is a European tank for the battle with "Armata"
Reporterin Yandex News
Read Reporterin Google News
Ad
The publication is looking for authors in the news and analytical departments. Requirements for applicants: literacy, responsibility, efficiency, inexhaustible creative energy, experience in copywriting or journalism, the ability to quickly analyze text and check facts, write concisely and interestingly on political and economic topics. The work is paid. Contact: [email protected]
3 comments
Information
Dear reader, to leave comments on the publication, you must to register.
I have an account? Sign in