Finnish analyst: Coronovirus decentralization of power in Russia - where did Putin go? 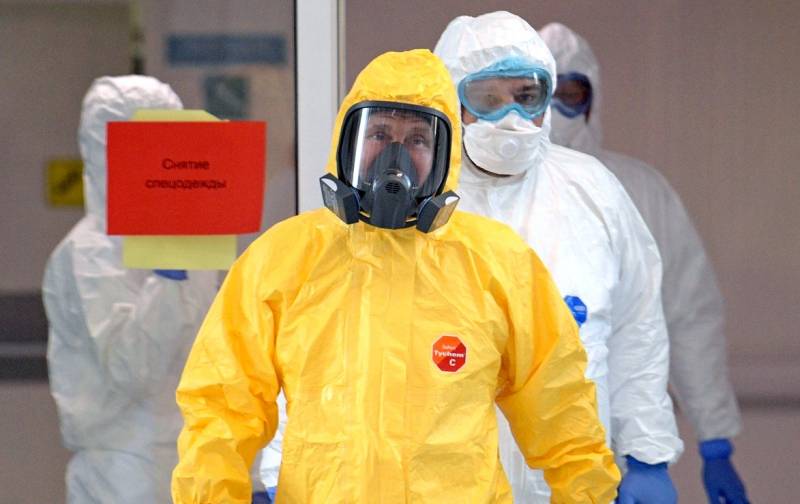 The Russian people have difficulty understanding what Putin’s role is in the struggle of the Russian authorities against the coronavirus, writes Finnish in his study political Analyst Anders Mord on the pages of the Yle portal. Who should the Russians contact with hope for help?


Local media are trying to answer many questions, but in Russia the “fourth power” is devoid of the influence that it has in democratic countries. Only a few officials are trying to clarify the situation.

Russian health authorities do not hold any press conferences, as, however, does the government. Only the Prime Minister of the country, Mikhail Mishustin, assumes all authority over the fight against this scourge. But at the same time, he does not answer any questions, he only holds meetings with various subordinates.

Real action is being taken by Moscow Mayor Sergei Sobyanin - it was the capital that suffered the main blow of the epidemic. Local authorities are trying to stop the spread of coronavirus, serving as an example for other regions of Russia. Sobyanin is so successful in the fight against the disease that the presidential administration is trying to moderate his ardor.

By the way, as for the president. Why did he actually withdraw from solving problems with coronavirus, having gone into the shadows? Indeed, the current crisis in Russia, without exaggeration, can be called the largest in the entire post-Yeltsin history of the Russian Federation.

Last Thursday, Putin addressed the residents of the country and announced that the regime of self-isolation in Russia should be maintained until the end of April, that is, many Russians all this time should sit without work without leaving their homes. In addition, he made it clear that the country's government bears all responsibility for combating the epidemic. Not the president, but the government, headed by Mishustin, the former head of the tax service, who took up the new post just over two months ago.

Currently, Putin is in his suburban residence on self-isolation - after all, he shook hands with the head physician of a hospital in Kommunark, who later revealed a coronavirus. The Kremlin claims that Putin is healthy.

People see that the president is not the best “crisis manager”, because he tells the people bad news and does not take upon itself the entire responsibility that runs counter to his image replicated over many years. Putin, for the same reason, does not introduce a state of emergency - after all, this could negatively affect his political image.

Vladimir Putin may lose a significant share of his people’s support this spring. To a large extent, this is due to the vote on new amendments to the Constitution, allowing the president to re-run for this post after four years. Therefore, Putin is more likely to not make unpopular decisions, delegating these powers to the government.

On Thursday, Putin said in his speech that the regions themselves must decide what measures they should take in connection with the epidemic. This is to some extent a revolutionary decision, because so far all the decrees for places have come from Moscow. What can this decentralization of power lead to in the wake of the coronavirus pandemic? Governors are now forced to act independently, but how many of them are able to make competent decisions? In addition, since many governors are appointed to their posts from the Kremlin, they are not popular with the people.

It is difficult for many Russians to understand why Putin decided to get away from the problems of the growing epidemic. If the country's leader goes into the shadows, then how will the country defeat the coronavirus?

Another social group that suffers from problems is entrepreneurs. The President in his speech said that all employees, despite self-isolation, will receive wages in April. The state will take care of state employees, but how to survive the private sector?

In reality, most likely, in April, not all employees in the private sphere will receive a salary - not all employers have money for payments. But the next day, the owners of enterprises can knock on the prosecutor's office and demand to pay off debts, and all in order to keep the official unemployment figures from falling.

More often than not, employers and employees in this regard make "compromises" - reducing salaries or shortening working hours. Another option is to “convince” the employee to quit or agree to non-payment of money in April. Then the question arises - where are the Russian trade unions? Why are they silent?

Anyway, economy Russia is on the verge of a large-scale crisis. The discussion is only about the depth of its fall - by 5 or 10 percent. Several million people in the country may lose their jobs or businesses. Now unemployment is about 5%, and some believe that by the end of the year it can reach 15%.

The economic crisis does not bode well for Finnish companies operating in Russia. This year, their number is likely to decrease.
Ctrl Enter
Noticed oshЫbku Highlight text and press. Ctrl + Enter
We are
Sobyanin told how to make an economic breakthrough in Russia
Russia accused of disrupting GPS during NATO exercises
Reporterin Yandex News
Read Reporterin Google News
18 comments
Information
Dear reader, to leave comments on the publication, you must sign in.