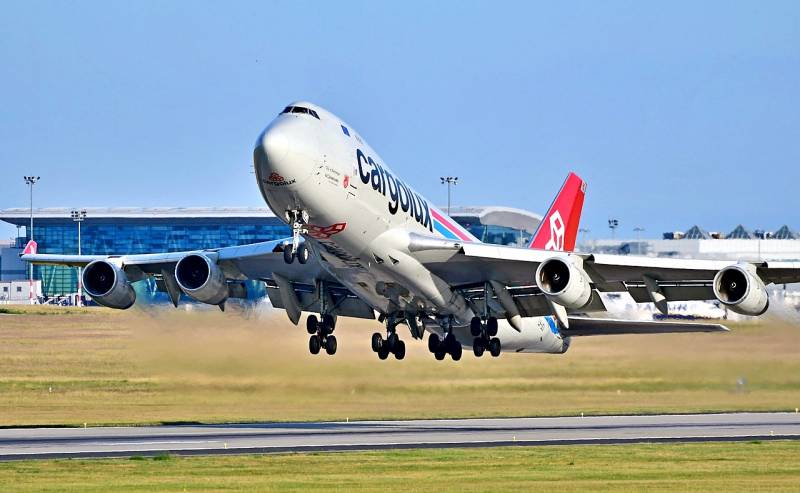 Adepts of the liberal economic theorists, arguing about the “invisible hand of the market”, are very fond of citing Boeing as an example of a successful capitalist company, which must be looked at. Say, here he is, an effective private owner who “cuts money” without the help of the state, pays his employees large salaries and puts them on the shoulders of competitors. Work like a Boeing and you won’t be a loser like others.


The problem is that right now this private corporation needs $ 60 billion for a banal survival. And she will ask them from the "inefficient state", which will give money to the "effective owners", rest assured.

And where to go? Boeing is a symbol of US technological power, one of the two largest manufacturers of aviation, military and space equipment, the largest American exporter and largest employer of the northwestern region of the country. Last month, President Trump expressed his willingness to help the corporation in the amount of $ 60 billion. Her leadership responded enthusiastically, transparently hinting that the White House has no special options:

We greatly appreciate the support of the president and administration for the 2,5 million jobs and 17 thousand suppliers that Boeing needs to remain the main exporter of the United States. We look forward to working with the administration and Congress.

It is understandable that the bankruptcy of such a "corporate monster", the dismissal of employees and the breakdown of production chains will, to put it mildly, not the best advertisement for President Donald Trump, who is going to be re-elected in November with the slogan "Let's make America great again."

Now it’s very fashionable to blame all the problems on the coronavirus, however, Boeing had problems long before the pandemic, and the company’s management cannot blame anyone except themselves.

The financial well-being of the aircraft manufacturer was crippled by the infamous Boeing 737 MAX project, which killed 346 people in two disasters. The already sold 393 winged cars have been idle for a whole year. Since the corporation did not stop production, another 400 aircraft were added to them, which are located at the production shops due to the inability to transfer them to customers. Given the average cost of one liner of 28-35 million dollars, about $ 12 billion has been withdrawn from the corporation's turnover.

But this is far from all the problems. Air carriers demand compensation from Boeing for their losses. The exact figures were not disclosed, but experts noted that the balance sheet of American Airlines, which bought only 24 liners, last year simultaneously increased by $ 540 million. If these half a billion were paid for 24 aircraft, then you can figure out how much the 393 dubious winged vehicles will cost the aircraft manufacturer.

It smells like kerosene. And then there is the coronavirus pandemic, due to which the volume of air traffic and the demand for new aircraft fell sharply. Shares of the largest American exporter fell from 350 to 124 dollars apiece. On March 25th, production at Seattle's largest assembly plant in Seattle was halted and the measure was extended the day before. In the state of Philadelphia, a helicopter manufacturing company is temporarily closed, which is engaged in the production of H-47 Chinook helicopters and V-22 Osprey convertiplanes for the US Army. Since April 6, aircraft manufacturing plants in Everett and Renton have been closed, where the most popular Boeing 747, 767, 777 and 787 Dreamliner models are assembled.

The affairs of the corporation are bad and the American giant may not survive the current situation. But for some reason, she does not intend to cope on her own. Boeing owners expect $ 60 billion from the state to solve their problems. And they will receive it.
Ctrl Enter
Noticed oshЫbku Highlight text and press. Ctrl + Enter
We are
US Global Economy: An End That Sneaks Noticeably
The “ninth ramp” approaching Russia will not kill her, but will make her stronger
Reporterin Yandex News
Read Reporterin Google News
20 comments
Information
Dear reader, to leave comments on the publication, you must sign in.