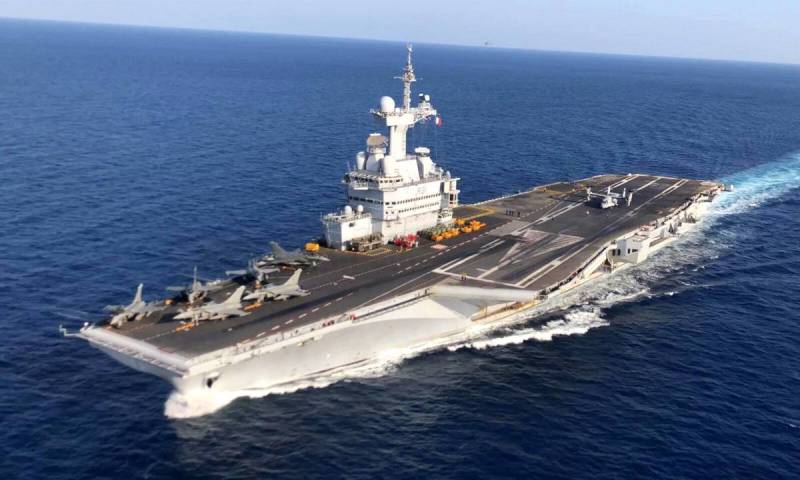 France is preparing to bookmark its second aircraft carrier. Since the sale of the Foch aircraft carrier to Brazil in 2000, Paris has had only one Charles de Gaulle for the next 20 years.


According to the specialized Polish publication Defense24, if the Fifth Republic is slow, it will have to decide not on the second ship of this class, but only on its successor. Experts point out that the French aircraft carrier can be operated for about 40 years, and the construction of a new one from the keel to the flagpole will take 10 years. De Gaulle was founded in 1989, and commissioned in 2001.

Initially, it was supposed to build two ships of this series, but on the second one they put an end to it because of the high cost. However, in 2018, the French Minister of Defense during the Euronaval exhibition announced the start of conceptual work on the second aircraft carrier. Paris actively used Charles de Gaulle, for example, in a NATO operation off the coast of Syria.

The leading defense industry companies of the Fifth Republic will be involved in the production: Naval Grup, Thales, MBDA, Dassault Aviation and TechnicAtome, which means the choice of the power plant of the ship in favor of the atom. The displacement of the aircraft carrier will be about 70000 tons (against Charles Charles de Gaulle's 42 tons). To bring it into motion, you will need a large K500 reactor, or three K220 reactors at once.

Nuclear traction will be needed to use the electromagnetic catapult. The Rafale M wing will rise on deck, but in the future, the French are counting on the marine version of the European NFG / SCAF fighter (Next Generation Fighter / Système Aérien de Combat Futur). The landing deck will be extended to 240 meters versus 199 meters from an existing aircraft carrier.

The new ship will be built at the shipyard Chantiers de l'Atlantique in Saint-Nazaire. However, the interest of the Poles in the project is that they expect to receive part of the orders. Defense24 recalls that part of the structural elements of the Mistral was built in Poland.
Ctrl Enter
Noticed oshЫbku Highlight text and press. Ctrl + Enter
We are
In France, Rafale fighters are taught to interact with submarines
“Killer Aircraft”: the failure of the Boeing 737 Max and its consequences for Russia
Reporterin Yandex News
Read Reporterin Google News
16 comments
Information
Dear reader, to leave comments on the publication, you must sign in.