“I feel like a target”: Germans are unhappy with the deployment of US nuclear weapons 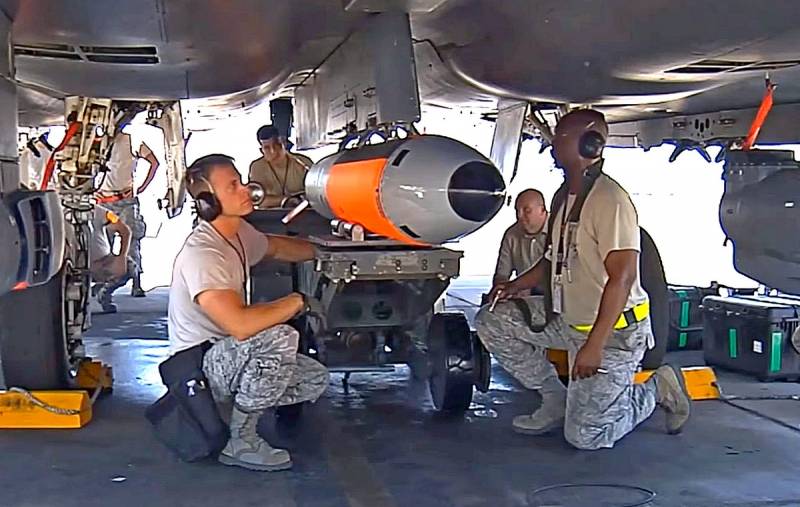 A pandemic is a pandemic, but the US continues to escalate military tensions in Europe. The START-3 treaty expires gradually, but the Pentagon intends to bring new nuclear bombs to Germany, replacing obsolete ammunition that has remained in the FRG since the end of the Cold War.


What does further "nuclearization" mean for the Old World?

As you know, during the confrontation with the Soviet Union, the United States of America deployed a large nuclear arsenal in Western Europe, which was supposed to stop the "Russian hordes" rushing to the English Channel. After the collapse of the USSR, most of it was withdrawn, but something remained “just in case” in Germany, Italy, Turkey, Belgium and the Netherlands.

It is estimated that between 15 and 20 U.S. B-61 hydrogen bombs are still stored on the territory of the German air base in Büchel. Despite the fact that they were adopted in the distant 1968, they are still in service. To date, there are 12 modifications of this bomb. The carriers used are US and NATO air forces.

In particular, under an agreement with the United States, German Tornado fighters, having received activation codes from the Pentagon, will have to deliver them to the target and reset them. This is called a "nuclear weapons sharing strategy." Berlin provides Americans with ammunition storage bases, planes and crews. What does he get in return?

The German government believes that this gives them the opportunity to influence the US position on the use of atomic weapons. But this is pure fantasy.
By and large, everything is so. Having on its territory a similar military facility, Germany automatically turns into a target for a retaliatory counter-nuclear strike from a potential enemy. The inhabitants of Büchel, where the air base is located, whose words are quoted by DW, also understand this: 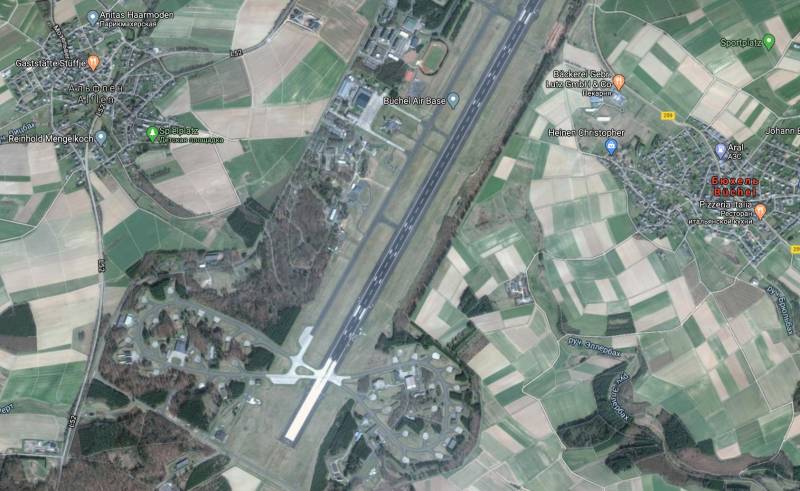 German Air Force Base near Buchel
Now, potential opponents of the United States and NATO will be forced to pay even closer attention to Germany. The new B-61-12 modification bomb is a formidable weapon. The latest modernization turned the free-falling bomb into a highly accurate guided weapon. In addition to nuclear warheads, it has a tail unit with controlled plumage, as well as a computer equipped with navigation equipment.

When dropped from an airplane, the bomb can actively maneuver by hitting a target with an accuracy of 10 meters at a distance of 30 kilometers from the drop point. The presence of a navigation complex allows the ammunition not to depend on weather conditions, which previously suffered from laser and infrared guidance systems. As carriers will be used "strategists" V-2 "Spirit", V-21 "Raider" and the 5th generation fighter F-35.

At the same time, opinions are being expressed in the expert community that the real power of the B-61-12 will be relatively small: about 5 kilotons of TNT. However, this should not relax anyone: reducing the power of the nuclear arsenal increases the likelihood of its real use. As you know, the United States has already equipped its sea-based missiles with low-power warheads.

In aggregate, this may indicate the Pentagon’s readiness for a “small” nuclear war with an adversary that does not have its own similar arsenal or is not ready to actually use it.
Ctrl Enter
Noticed oshЫbku Highlight text and press. Ctrl + Enter
We are
Ukraine from the inside: traitors, curators and those who watch from the Kremlin
Ten "defeats" of Putin
Reporterin Yandex News
Read Reporterin Google News
13 comments
Information
Dear reader, to leave comments on the publication, you must sign in.