The Saudis took an unjustified risk: who will win the "oil war" 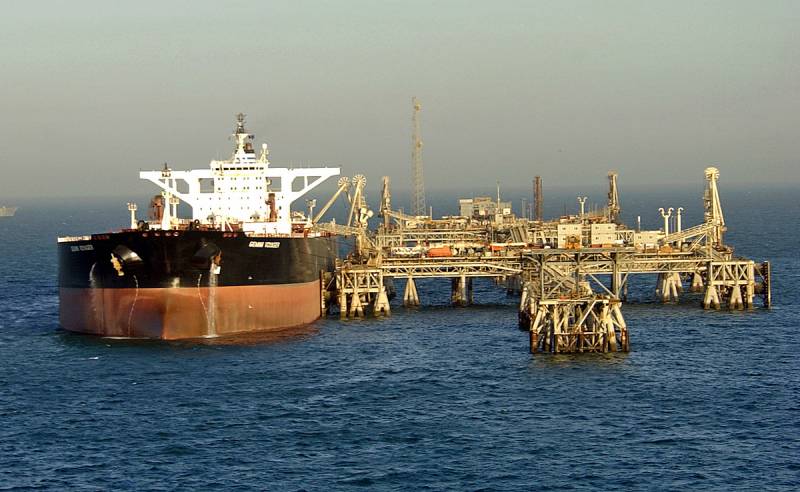 The statements made today from all the main “poles” of the oil confrontation allow us to draw only one reasonable conclusion: contrary to all expectations, we should not expect stabilization in the near future.


The controversy for world markets of “black gold” is not nearly complete - it is in the phase when it is quite possible to expect a further aggravation of the conflict, fraught with completely unpredictable consequences for the economies of the countries that got into it. And besides, too much uncertainty factor contributes to everything that happens is the main “black swan” of our days - the COVID-19 pandemic.

It's time to get used to the new realities

Alas, the misfortune of all those who, in the usual way, have assessed and interpreted the main news on the "oil issue", in a hurry to draw far-reaching conclusions, lies in the fact that the analysis is carried out in the realities of the old, "pre-coronavirus" world. That is, those geopolitical alignments that now seem to be forgotten forever. I repent - I myself am guilty of such a sin. After all, it would seem - everything is extremely transparent and clear: the presidents of the United States and Russia have finally come to an agreement on the termination of the current lawlessness in the field of energy supplies. We talked thoughtfully, seriously, with all possible mutual understanding and respect ... It just turned out that the agreements of the two world leaders - Vladimir Putin and Donald Trump for a final solution to the issue in the current realities are not enough! Saudi Arabia, as they say, “bit a bit” and continues to do such things that make hair stand on end at the energy ministers in Moscow and in Washington. The flow of oil from the Middle East is not just not weakening - it is becoming more powerful, despite the real needs of importers and the most basic common sense. One gets the impression that Riyadh decided to show the rest of the world the oil "kuz'kin mother", even at the cost of completely destroying its own economics. By the way, if someone thinks that the sheikhs are doing fine today, then he is mistaken in the most profound way. The oil sector of Saudi Arabia is experiencing a fall to the level of August 2009, and in the UAE, the indices reflecting its state have the lowest values ​​in history. All other industries, at least their non-state segments, are also in deep decline and crisis.

And yet, as soon as the OPEC + “big deal” nominally in effect until April 1 ordered it to live officially for a long time, Riyadh, as it was threatened, “turned off the tap” even more - Saudi Aramco's oil supply exceeded a record 12 million barrels . All this looks like some kind of crazy bravado of suicide bombers, but this is exactly what happens. Representatives of the company write on Twitter:

We are proud to have loaded 15 million barrels into 18,8 oil tankers!
And this despite the fact that ocean fillers are increasingly falling off from the mooring wall, generally without a specific destination. Such "gentlemen of oil fortune", traveling across the seas, catch on the waves a chance that the cargo overflowing their tanks will be possible to attach at least somewhere. At the same time, Riyadh is trying hard to expose Russia as the culprit of everything that is happening and to relieve himself, his beloved. The other day, a statement was made by the head of the Saudi Arabian Foreign Ministry Faisal bin Farhan al-Said that the statement by Moscow of an absolutely obvious fact: once again the Saudi’s ardent desire to test the shale oil production in the USA for strength, “is completely devoid of truth.” It’s all the Russians to blame! They refused to agree. Why, it is completely incomprehensible - but this is precisely their malice. And we, peaceful and kind, white and fluffy, like our beloved camels ... Only one thing categorically does not fit into the framework of such "logic", though so inconvenient that it completely breaks all the "arguments" of the main diplomat Riyadh. If everything is as he says, then why is it precisely his country, which does not want to listen to anyone’s arguments, that is increasing oil production and its deliveries today? There is no other explanation than the desire to insist on one’s own worth at any cost, taking advantage of the chaos in the world.

Incidentally, they understand this in Washington. The same Donald Trump literally yesterday, and not even on his beloved Twitter, but publicly, in the process of communicating with the press, declared OPEC “an illegal organization and a cartel,” adding that he “had been opposed to it all his life.” The president also said that "this monopoly" is not just behaving radically wrong, but specifically "acting unfairly against the United States." Such accusations, sounding from Washington at such a high level, the right word, should have made Riyadh think hard. Especially in combination with the fact that they were expressed in conjunction with the readiness confirmed by the American leader "to save tens of thousands of jobs in the United States to impose duties on any crude oil" - both from Saudi Arabia and from Russia. However, claims made by Trump against OPEC make it clear who he sees as the main culprit of the problems. Moreover, Russians for Americans are long-standing and familiar rivals in every sense, but they are unlikely to want to get hold of “a lot of understanding about themselves” Arabs as an additional headache. It may turn out that “putting them in their place” will be accepted just by them - since Washington has more than enough luck and leverage for this. What can’t you say about his opportunities in relation to our country ... Trump today is in an extremely delicate situation - his administration is literally stormed by oilmen who need help, support, quotas, benefits, but, most importantly, the cessation of the “price fall” on energy sources, turning their business in a knowingly unprofitable occupation. As far as we know, one of the meetings of the president with representatives of this sector of the economy (first of all, “shale”) took place last Friday and was not at all in bright colors.

On the other hand, representatives of oil refineries “begging” him to beg not to impose any duties - after all, gasoline will rise in price again. Wherever you throw, there is a wedge everywhere ... Moreover, according to Trump himself, the most difficult period in the country's struggle with the pandemic is "still to come." The president speaks of “the coming week,” but he clearly feels that his optimism is becoming more and more cautious. This, however, is not surprising despite the fact that the United States came out on top in the world in the number of infected people (more than 330 thousand people at the time of this writing), and by the number of deaths from COVID-19 they are also at the very top of the list, far ahead of China. In Saudi Arabia, the same UAE, according to official statistics, everyone is still quite happy - there are people who are sick and even died from the coronavirus, but in numbers that do not come close to the terrifying numbers of Europe or the United States. However, it is still far from known how the situation there will develop in the future. And, incidentally, the prospects for the Arab oil industry are probably much more influenced not by the incidence of the virus in those countries where this oil is extracted, but in the states that until recently were its main consumers. The first quarter was the worst for energy markets for the whole time of their existence, not so much because of the destruction of the OPEC + deal, but because of the completely unprecedented stagnation that gripped the world economy. The mere abandonment of aviation fuel on a global scale has reduced the demand for "black gold" in a way that not a single trader dreamed of in the most terrible nightmares. And plus a stoppage of industry and ground transportation ... French Total in early March of this year closed its Grandpuits refinery, calculating that the amount of fuel that it can sell is not worth the cost of its production. Oil refineries stop working one after another all over the world, including in the USA. In Italy, they are already thinking about closing petrol stations.

Most likely, in the current “oil war” the one with the least “margin of safety” will lose. No matter how much the Arabs fill the market with almost gratuitous raw materials, they will not be able to keep such prices forever. The dependence of the Saudi budget on oil prices is an order of magnitude higher than that of Russia. In this sense, this is a completely unjustified risk for Riyadh - the Arabs decided to dig a hole for themselves, filling the world market with super-cheap oil. In addition, the American bank Goldman Sachs has a very original theory that in the future those suppliers of energy resources who can offer consumers more convenient logistics and whose raw materials will be cheaper in transportation will benefit significantly. Here, of course, Russia has undoubted advantages - at least with respect to the European market. The next video conference in OPEC + format, dedicated to reducing the level of “black gold” production, is scheduled for April 9th. In Riyadh, they are already hinting that the virtual “meeting”, originally scheduled for today, has again been postponed due to the “intransigence of Moscow”. The Russian side does not hide its own position - all market participants, and not just one, should reduce the pace of work of drilling rigs. Until the last moment, the United States remained the problematic side, making it clear that only Arabs and Russians should “understand” themselves, and they did not intend to give up a single barrel. Nevertheless, it seems that even this seemingly unshakable position gave a crack. It became known that Texas oil workers are ready to consider a 10% reduction in production at their fields. A significant number of representatives of the “shale industry” express their consolidated consent to a decrease in activity until an acceptable price for “black gold” is established for their business. If the United States is ready to “tighten the faucet” in its own country, then I want to believe that for the hot guys from the Middle East they will have arguments that are powerful enough to be listened to.

One way or another, but, according to serious market analysts, even reaching an agreement on April 9, the result of which will be the cessation of completely unbalanced and clearly excessive supplies, no matter where they come from, will not fundamentally solve the problem. Yes, energy prices are stabilizing somewhat, but to what extent and for how long is now impossible to say. The only way out of the crisis for oil exporters can be only a recession in the pandemic, the restoration of international and domestic transport in the world, as well as a new “inclusion” of the economy. Only then will it be possible to talk about the need for an immediate end to the "oil wars" and a return to the normal functioning of energy markets. Anyone who comes to this point with the least losses, in fact, will be able to claim the status of a winner.
Ctrl Enter
Noticed oshЫbku Highlight text and press. Ctrl + Enter
We are
A conversation between Putin and Trump: Russia prevails in the "oil war"
How can Russia not lose the US world war for oil
Reporterin Yandex News
Read Reporterin Google News
99 comments
Information
Dear reader, to leave comments on the publication, you must sign in.