Die Welt: Why did Trump talk about the 50 million Russians who died at the hands of the Nazis 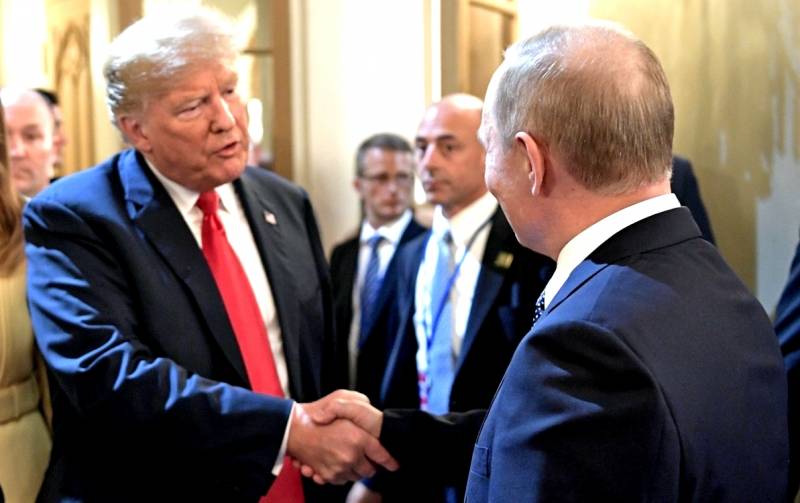 US President Donald Trump unexpectedly reported about 50 million Russians who died at the hands of the Nazis of the Third Reich. What made the American leader speak on this subject during the raging epidemic of COVID-19 in the United States, the German newspaper Die Welt tried to find out.


In a recent interview with Fox & Friends, Trump spoke of Russia as a former ally in World War II. However, it is unclear from what sources Trump got the announced figures.

Russia fought in the Second World War. They lost 50 million people. You were our partner. Germany was our enemy. And now in Germany everything is fine, they have been ahead of us in trade for many years. NATO also pays too little. At the same time, we do not communicate with Russia, but we maintain a dialogue with Germany. How is it that we are talking with some people, but not with others, where does this lead?
- said Trump.

Where Trump's conclusions lead is clear. Trump casts doubt on the Western Alliance, writes Die Welt. In this case, the most powerful person in the world regularly says stupid things. However, these statements are so straightforward that they cannot be ignored.

Authoritative historians estimate the losses of the entire Soviet Union, which included not only today's Russia, but also Ukraine, Belarus, and other states, at 27 million people, including a little more than 8,5 million military personnel. Where did Trump get his numbers?

There are Russian policywho talk about more than 40 million dead, inciting Russian nationalism. In addition, Russian President Vladimir Putin denies the role of Joseph Stalin at the beginning of World War II and blames Poland, jointly captured by Germany and the Soviet Union. Therefore, it is impossible to get rid of the feeling that Trump is listening to the whispers of such people.

Under normal circumstances, Trump's statements would have provoked a media protest. But thanks to COVID-19 everything will get away with it, the German newspaper believes. Maybe that’s good. After all, Putin seeks to strengthen the contradictions in NATO and the EU and to sow mutual distrust. Trump at the same time quite often is his "useful idiot."
Ctrl Enter
Noticed oshЫbku Highlight text and press. Ctrl + Enter
We are
Borrowed from the whole world: the United States is ready to spend $ 2 trillion on the fight against the virus
This is not Russia: German media called the new main enemy of NATO
Reporterin Yandex News
Read Reporterin Google News
Ad
The publication is looking for authors in the news and analytical departments. Requirements for applicants: literacy, responsibility, efficiency, inexhaustible creative energy, experience in copywriting or journalism, the ability to quickly analyze text and check facts, write concisely and interestingly on political and economic topics. The work is paid. Contact: [email protected]
37 comments
Information
Dear reader, to leave comments on the publication, you must to register.
I have an account? Sign in