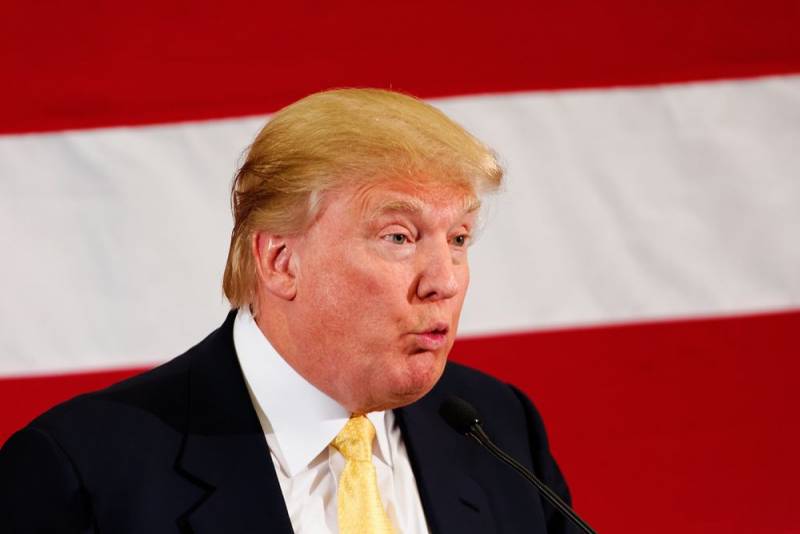 Washington will not yet introduce additional customs duties against Moscow and Riyadh, as it will be able to do this later if Russia and Saudi Arabia “do not treat fairly” with the United States. This statement was made by US President Donald Trump.


According to Trump, customs duties on China and a number of other countries have brought "an incredible amount of money" to the United States. Therefore, the United States can use this method to normalize the situation in the global oil market.

Am I doing this now? No. Am I thinking about their introduction at the moment? No
- quotes Trump Bloomberg agency.

At the same time, Trump does not even consider the option of lifting or easing the existing sanctions, both in relation to Saudi Arabia and Russia. He is confident that the “dispute” between Moscow and Riyadh “is damaging the rest of the world.”

The US president added that at a meeting with the leaders of American oil companies, the option of potential application of customs duties against Russia and Saudi Arabia was indeed considered.

We remind you that recently Trump wantedso that other countries reduce oil production by 10-15 million barrels per day. At the same time, no one is going to reduce production in the USA.
Ctrl Enter
Noticed oshЫbku Highlight text and press. Ctrl + Enter
We are
US shale oil predicted a quick end
Saudi Arabia thought about the war with Iran
Reporterin Yandex News
Read Reporterin Google News
Ad
The publication is looking for authors in the news and analytical departments. Requirements for applicants: literacy, responsibility, efficiency, inexhaustible creative energy, experience in copywriting or journalism, the ability to quickly analyze text and check facts, write concisely and interestingly on political and economic topics. The work is paid. Contact: [email protected]
21 comment
Information
Dear reader, to leave comments on the publication, you must to register.
I have an account? Sign in