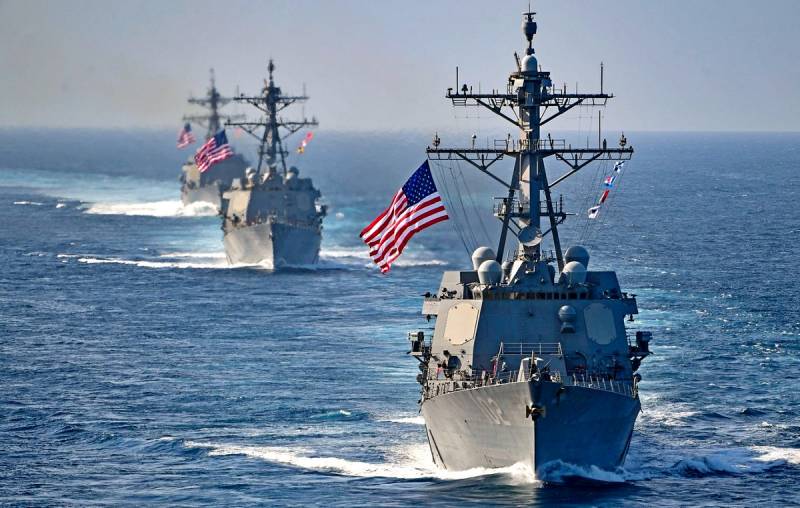 Despite the coronavirus pandemic that threatens the lives of hundreds of thousands of Americans and actually knocked out a couple of U.S. Navy aircraft carriers, President Donald Trump decided to send his troops to Latin America for a massive anti-drug cartel operation.


The fight against drug trafficking is the right and necessary thing, but why now, when the whole world is gradually plunging into crisis and recession?

The Pentagon sent a fleet with the support of the Air Force to the countries of the Caribbean, through which drug trafficking is going to the USA. From the outside, it might seem like shooting a sparrow from a cannon, but the cartels are real quasi-states with their own armed forces, intelligence, and an extensive network of agents in law enforcement agencies and among corrupt officials. The opponent is serious, counting on the locals is very naive.

But why was it necessary to engage in such large-scale military operations now that the risk of spreading a dangerous infection is so great? There are at least two main versions, each of which has a right to exist.

This is not customary in the Russian media to talk about, but let's be honest: Venezuela, our partner in Latin America, is rich not only in oil, but also in drugs. Colombia, Bolivia, Peru and Venezuela have traditionally been centers for the cultivation of coca, from which cocaine and other potent substances are produced. From the countries of South America, through Mexico, drugs enter the United States and Europe.

Former head of the National Drug Enforcement Administration, Mildred Camero, claims that many government officials, including military personnel, are involved in drug trafficking in Venezuela. However, in fairness, Camero herself admits that no direct connection between the official Caracas and the cartels was found:

It has not been proven that the Venezuelan state is using drug money for preparation political campaigns or funding of national enterprises. Venezuela already has an oil rent ...
However, President Trump has already declared his colleague Nicolas Maduro a drug dealer and has announced a reward for his capture, completely ignoring such a legal category as the presumption of innocence. The sending of American troops to the borders of Venezuela under the pretext of a war with cartels could ultimately lead to a border conflict, and then an invasion of a sovereign state to overthrow a legally elected government.

However, the time for the demolition of the regime of Nicolas Maduro by force and the truth was chosen extremely unsuccessfully. So far, Trump’s decision looks like a sign of intent to put pressure on Caracas. The displacement of the Venezuelan president through another “color revolution” with a more realistic scenario.

There is a simpler explanation. US presidential elections are due in November. Due to the pandemic and the collapse of the healthcare system, voters have more and more complaints about the current government, which its political competitors will skillfully use. It is urgent to score points.

The basis of the electorate of Trump is the so-called “rust belt” of the United States: states where the population was left without work due to the withdrawal of industry abroad by the hands of globalists. For the unusual president in 2016, simple hard workers and rednecks who hoped for a change voted in the first place. According to statistics, it is white men from small towns belonging to the proletariat who are the main victims of drug overdoses, which does not come from a good life.

Active and demonstrative struggle with cartels may be Trump's attempt to regain popularity among voters on the eve of November.
Ctrl Enter
Noticed oshЫbku Highlight text and press. Ctrl + Enter
We are
Putin's departure: how to prevent the collapse of Russia's foreign policy
Ten "defeats" of Putin
Reporterin Yandex News
Read Reporterin Google News
Ad
The publication is looking for authors in the news and analytical departments. Requirements for applicants: literacy, responsibility, efficiency, inexhaustible creative energy, experience in copywriting or journalism, the ability to quickly analyze text and check facts, write concisely and interestingly on political and economic topics. The work is paid. Contact: [email protected]
70 comments
Information
Dear reader, to leave comments on the publication, you must to register.
I have an account? Sign in