In the US, Russian aid met with a wave of indignation 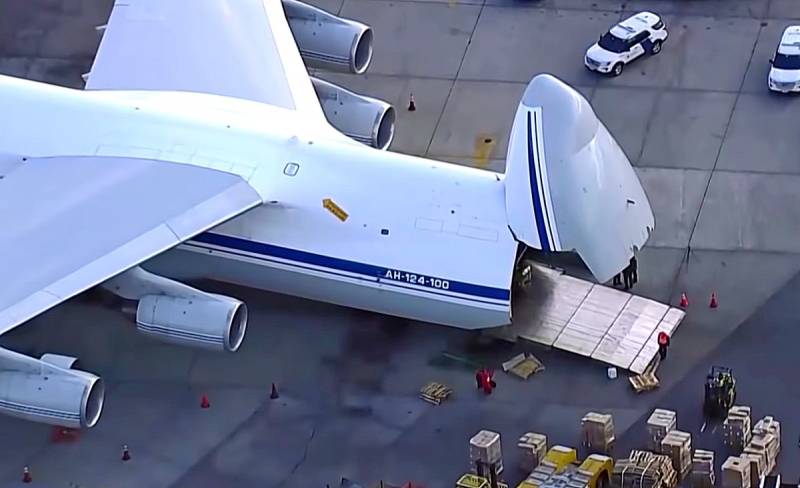 The delivery of Russian medical care to combat COVID-19 in the United States is indignant and criticized, the American television channel CNN broadcasts.


Former State Department officials were “puzzled” and “stunned” by the US purchase of medical supplies in Russia against the backdrop of the coronavirus pandemic - a move that, according to experts, is “the Kremlin’s propaganda victory.”

A Russian aircraft with equipment landed in New York on April 1, 2020. Moreover, the American air traffic controller thanked the Russian pilots for the assistance provided. State Department spokeswoman Morgan Ortagus said the United States has procured everything it needs, including mechanical ventilation and personal protective equipment.

Both countries in the past provided humanitarian assistance to each other during crises and will undoubtedly do so again in the future. This is a time to work together to overcome a common enemy that threatens the lives of us all.
- added Ortagus.

At the same time, the decision of the White House was met with bewilderment by a number of former officials.

Perhaps this is the case when Trump made an independent decision, and the bureaucrats carry it out without going into details to avoid criticism
- says a former official who wished to remain anonymous.

The Russians will send as many aircraft as possible to us in order to create the impression that we are dependent on Russia. If we continue to accept this, it will make us look weak and their strong
- said another former official.

In turn, Graham Brooks, director and chief editor of the Atlantic Council’s Digital Forensic Research Laboratory, believes that “Russia has come to help. This is a positive but propaganda gesture. ”

In many ways, Russian communication with Donald Trump has acquired aspects of trolling. I think this is just another of the incidents we saw when the Russians outwitted the White House
- confident Andrew Weiss, vice president of research at the Carnegie Endowment for Russia and Eurasia.
Ctrl Enter
Noticed oshЫbku Highlight text and press. Ctrl + Enter
We are
1,5 million apiece: Russia delivered dozens of ventilators to the USA
Because of the coronavirus, the US auto industry had to master the production of medical equipment
Reporterin Yandex News
Read Reporterin Google News
Ad
The publication is looking for authors in the news and analytical departments. Requirements for applicants: literacy, responsibility, efficiency, inexhaustible creative energy, experience in copywriting or journalism, the ability to quickly analyze text and check facts, write concisely and interestingly on political and economic topics. The work is paid. Contact: [email protected]
30 comments
Information
Dear reader, to leave comments on the publication, you must to register.
I have an account? Sign in