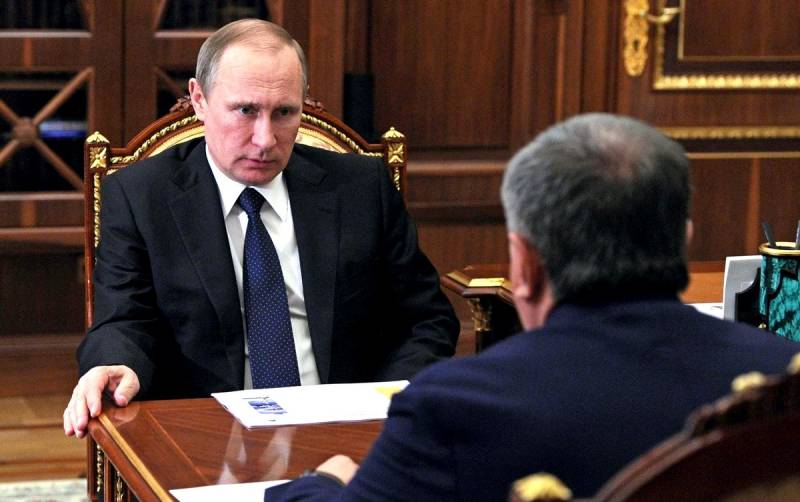 Apparently, the "oil war", which has been raging the last month and brought down world quotes, is nearing completion. After reaching a new agreement between the oil-producing countries, the price of a barrel will again begin to rise gradually.


Unfortunately, Russia can emerge from this trade war as the main loser. What gives reason to believe so?

Let's evaluate the situation in chronological order without unnecessary emotions. It all started with the fact that the leadership of Rosneft in early March insisted on our country's withdrawal from the OPEC + agreement. Then the stumbling block was the reluctance to reduce production by 0,5 million barrels per day. And spun.

Saudi Arabia immediately responded by increasing production from 9 million barrels per day to a record 12 million. Now, after only 1 month, it became clear why this was done. At the same time, Riyadh began violently dumping, knocking down oil quotes. The price of "black gold" fell twice below the level on the basis of which the Russian federal budget is being imposed.

Domestic media and experts were brave, indicating that Russia would be able to hold out for 6 to 10 years on the accumulated reserves of the NWF. The head of Rosneft, Igor Sechin, pointedly promised that oil prices would normalize by fall, when American shale producers would leave the market:

By the end of the year, I assume that the price may rise and return to the level of up to $ 60, if the processes continue, the output will be shale oil from the market.
To these arguments of Igor Ivanovich, President Donald Trump simply replied that the United States would "intervene" at the right time "in the dispute between Russia and Saudi Arabia. In just a month, the situation in our country has deteriorated sharply due to a combination of several factors. The coronavirus pandemic and forced quarantine virtually paralyzed Russia. Oil export prices reached negative levels, pulling gas contracts down as well.

If you call a spade a spade, it is almost a complete disaster, only slightly delayed in time by some reserves of the NWF. Completely finish the domestic the economy US sectoral sanctions against the export of Russian oil and gas are capable of being directly talked about in Washington. Too bad everyone needs to come to an agreement, but someone must be the designated loser. The fact that the parties to the conflict are seeking a compromise was very directly reported on Twitter by Donald Trump:

I just spoke with my friend Mohammed bin Salman (Crown Prince) of Saudi Arabia, who spoke with Russian President Putin, and I expect and hope that they will reduce about 10 million barrels, and maybe significantly more, if that happens will be great for the oil and gas industry. It can be up to 15 million barrels. Excellent news for all!
Yes, excellent, but not for everyone. According to President Trump, from the new agreement from 10 to 15 million barrels of oil can fly out of the market as a result of the new agreement. At the same time, the United States itself, as the American president said, does not intend to reduce its production under any circumstances. That is, the American producers of shale oil, against which Igor Sechin “rolled the barrel”, will remain outside the brackets, and they will benefit from a new increase in the cost of a barrel to a level that is comfortable for them.

So was it worth it to get into a showdown with the United States and its allies and bring down its own economy without holding strong cards? "Mnogokhodovochka", in all its glory.
Ctrl Enter
Noticed oshЫbku Highlight text and press. Ctrl + Enter
We are
To deceive everyone: the USA played a great game against oil
Oil prices: how Russia outwitted the whole world
Reporterin Yandex News
Read Reporterin Google News
Ad
The publication is looking for authors in the news and analytical departments. Requirements for applicants: literacy, responsibility, efficiency, inexhaustible creative energy, experience in copywriting or journalism, the ability to quickly analyze text and check facts, write concisely and interestingly on political and economic topics. The work is paid. Contact: [email protected]
74 comments
Information
Dear reader, to leave comments on the publication, you must to register.
I have an account? Sign in