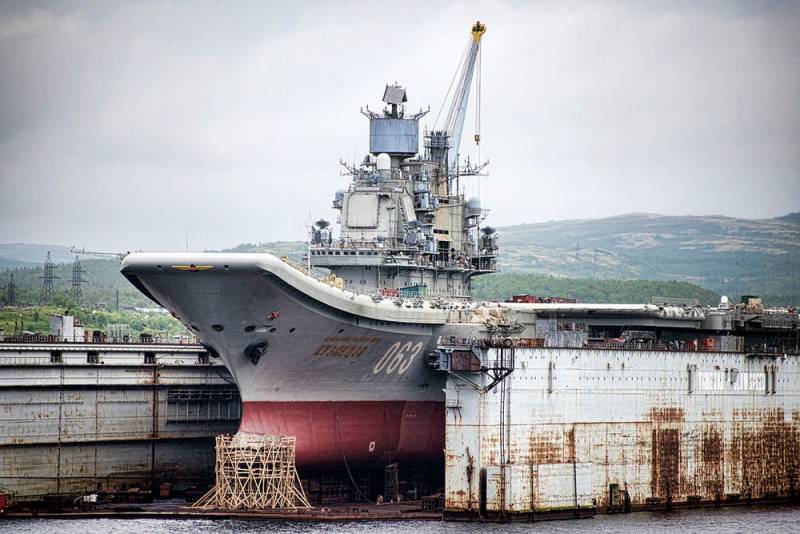 Petersburg company "Investments. Engineering Construction ”was unable to fulfill its obligations to modernize the dock at the 35th shipyard in Murmansk and to repair the aircraft-carrying cruiser Admiral Kuznetsov.


According to the publication Kommersant, a number of problems encountered by the contractor led to the threat of the execution of a contract worth 20 billion rubles, which the St. Petersburg company concluded with the United Shipbuilding Corporation.

USC does not deny the existence of problems at the company “Investments. Engineering Construction ”, including financial ones, and they say that if there is no increase in the pace of work, then the corporation will initiate the termination of the contract.

The authors of the material note that sources familiar with the situation doubt that the aircraft-carrying cruiser will be commissioned even in 2022, since after a defect, the amount of necessary work on the cruiser increased by a third at the request of the customer.

In addition, according to sources, a decision was made to repair a number of systems that were previously planned to be simply inspected. And this, in turn, will increase the period provided for by the schedule by another eight months.
Ctrl Enter
Noticed oshЫbku Highlight text and press. Ctrl + Enter
We are
The head of USC overestimated the cost of repairing Admiral Kuznetsov after a fire
Fire damage at Admiral Kuznetsov almost reached the cost of an aircraft carrier
Reporterin Yandex News
Read Reporterin Google News
Ad
The publication is looking for authors in the news and analytical departments. Requirements for applicants: literacy, responsibility, efficiency, inexhaustible creative energy, experience in copywriting or journalism, the ability to quickly analyze text and check facts, write concisely and interestingly on political and economic topics. The work is paid. Contact: [email protected]
13 comments
Information
Dear reader, to leave comments on the publication, you must to register.
I have an account? Sign in