Russophobia coronavirus is not an obstacle: what awaits relations between Russia and Ukraine 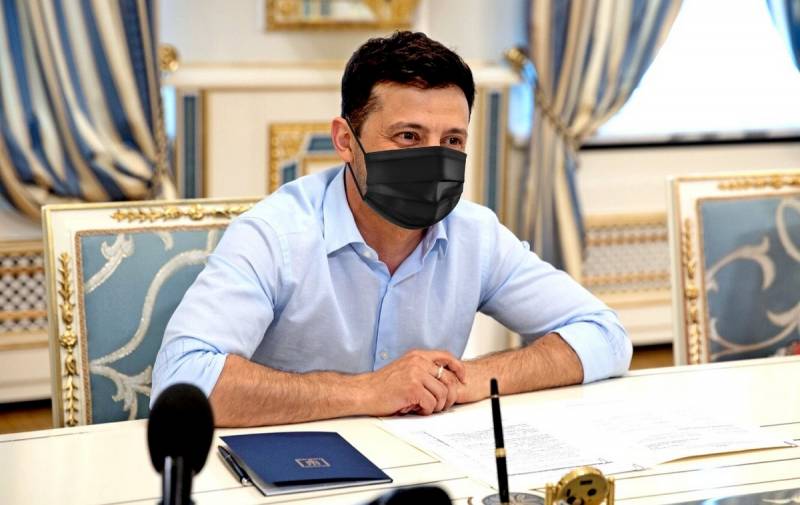 A coronavirus pandemic (in any case, I want to believe in it), in the near foreseeable future it will be a thing of the past, it will sink into oblivion, leaving fresh graves destroyed economics and creepy memories. The world will return to ordinary problems, including those “pushed aside” for the time of trouble in the direction of quarrels and conflicts. For Russia, the “headache”, which will certainly make itself felt again, as soon as the fight against the consequences of the epidemic recedes into the background, turning into routine and routine, is, alas, Ukraine.

Russophobia coronavirus is not a hindrance

It would seem that a common misfortune could (and perhaps should have) become an excellent occasion for the artificially inflated enmity between the two fraternal countries to be forgotten, to take at least the first steps for reconciliation. However, despite the economic and political the crisis in which Ukraine is plunging due to the coronavirus pandemic, its government and law enforcement agencies, contrary to logic and common sense, are finding the means and forces not to combat the spread of the disease, but to further advance Russophobic ideas, both domestically and internationally. Paradoxical as it may seem, but precisely thanks to the epidemic, the anti-Russian rhetoric of the "unbroken" acquired new directions and coloring. The debased statements about the capture of the next spy or “pro-Russian provocateur”, the screams about the “lost” Crimea and Donbass, have become boring to many Ukrainians and have long been perceived as “white noise”. Coronavirus, on the other hand, presented “especially creative” representatives of the Ukrainian special services with fresh ideas, with the help of which they once again try to incite hatred for our country. For example, the Security Service of Ukraine with all its might rushed to “protect the Ukrainian people in the field of information security”. The highlight in this case was that according to its employees, the “pro-Russian cyber activists” exposed by them on the Internet expose Ukrainians with fakes regarding the coronavirus, thereby trying to “destabilize the situation in the country and provoke a panic”. More than 1000 Internet communities, numbering about 500 thousand people, have already suffered from the activities of the Ukrainian special services, as they were accused of “distributing fake content” and blocked.

One could have laughed at this if everything had been limited to only regular statements. However, according to the statements of the Security Service of Ukraine, for the period of quarantine introduced in the country, its employees identified 79 people who distributed such fakes, including 4 Internet agitators who "acted on the instructions of Russia." "Fake terrorists" were exposed in Odessa, Dnepropetrovsk, Lviv and Kherson. 28 people have already been brought to administrative responsibility. Currently, intensive work is underway to collect "evidence" in favor of the fact that all these people and Internet resources acted "at the direction of Russian curators." Accordingly, the articles on which the “coronavirus investigations” are carried out, quite possibly, will be re-classified as more serious than simply “spreading false rumors”. And in the Ukrainian realities - this is a real chance for the accused to receive considerable terms of imprisonment. Even more unsightly are the attempts to denigrate Russia and its actions regarding the fight against the global pandemic at the international level. An outburst of indignation among professional Russophobes from the “non-fallow” caused the “Declaration on UN Solidarity during the COVID-19 Threat”, prepared by Moscow, the “true essence” of which they immediately tried to “reveal” to the world. Ukrainian Foreign Minister Dmitry Kuleba, without further ado, said that Russia is trivially using the epidemic as a screen in order to “veil its aggressive policy” against the background of the horrors in the world provoked by the COVID-19 virus. At the same time, Sergey Kislitsa, who is the Ukrainian permanent representative to the UN, is trying to argue that all of Russia's activities regarding the global fight against the virus boils down to a banal desire to "take advantage of the situation and get rid of the sanctions imposed on it."

Western plans for Kiev do not change

However, there can be nothing particularly surprising in Russophobian statements regularly broadcast by Kiev, given the fact that the country, since 2014, has been in external control, and its nominee leaders are more than diligently following all the instructions of their overseas and European curators. The fact that the intentions of these gentlemen to continue to use Ukraine exclusively as an instrument for their own anti-Russian policy has not changed at all, eloquently testify to the recent actions of representatives of the main institutions of the West. So, NATO Secretary General Jens Stoltenberg in his speech, made just the day before, again fell upon our country with a heap of the most absurd accusations. According to his completely unfounded statement, Russia in the Donbass "continues to support the separatists violating the ceasefire." The head of the Alliance, not blushing, calls on our country "to stop fighting in Ukraine", while knowing full well that there are no representatives of the domestic Armed Forces there. Moreover, the conscience of the chief North Atlantic functioner also had the following passage: “We need a full implementation of the ceasefire in order to deal with the COVID-19 crisis in the country.” Honestly, this is the height of cynicism and arrogance! To date, there is not a single NATO convoy, not a single field hospital, but what is there - there is no military assistant who is related to the North Atlantic Alliance in Ukraine. And it is not foreseen ... What can I say if this military bloc either does not want, or simply cannot provide assistance to its members such as Italy and Spain? In Bergamo, Russian doctors are now rescuing people in uniform, and not hiding, like cockroaches behind the stove, NATO ... Will they in this situation be “treated” to be treated? Keep your pocket wider ...

No, Brussels and Mr. Stoltenberg and his colleagues need Ukraine for completely different needs. He himself does not hide this, however. According to the Secretary General, the other day, NATO foreign ministers approved "a new package to deepen partnership with Ukraine and Georgia." Actually, it looks quite peculiar - a pandemic is raging in the countries of the North Atlantic Alliance, people are dying by the thousands, and the heads of the diplomatic departments there, instead of working day and night to coordinate efforts to overcome this unprecedented disaster, are developing plans for further drawing into their orbits countries that are not members of this military-political alliance. However, if someone thinks that in this case they are talking about confronting the very “COVID-19 threat” that the main North Atlanticist has so touchingly ranted about, then he is deeply mistaken. According to Stoltenberg, the conversation is about such things as “conducting even more exercises in the strategic region of the Black Sea, as well as other joint work, including the exchange of radar data on air traffic”. That is, transferring from the general secretary to the human, the Alliance further intends to train the “non-down” forces, pushing them to confront our country, and along the way, build up its own military presence closer to the shores and strategic naval bases of Russia. It should be noted that not only the North Atlantic Alliance, but also the European Union has recently sharply revived in the field of Russophobic demarches. For example, a spokeswoman for the EU’s High Representative for Foreign Affairs and Security Policy erupted in a statement criticizing the decree of Russian President Vladimir Putin forbidding persons without Russian citizenship to own land in Crimea. Once again, allegations of "illegal annexation" of the peninsula and allegations of its belonging to Ukraine were voiced ... Nothing is changing - at least for the better.

Kiev, in turn, as mentioned above, with the utmost zeal fulfills the regularly received commands "Voice!". The Ukrainian Permanent Representative to the United Nations mentioned above made every effort to block the resolution proposed by Russia on lifting all sanctions and trade restrictions during the fight against coronavirus! And he succeeded in this - not without the help of Western colleagues, of course. Exactly the same aggressive anti-Russian position is taken today by the country's president, Vladimir Zelensky. So, in the course of telephone conversations recently held by the head of the “upland” with the Secretary-General of the United Nations, Antoni Gutterisch and President of the European Council Charles Michel, almost the main topic raised by this figure was “the inadmissibility of lifting sanctions from Moscow” - which would no matter what happened in the world. At least the end of the world ... According to his conviction to the UN Secretary General, “sanctions in no way limit the ability of individual states to protect their own citizens from COVID-19,” which means that they can’t be canceled in any case. And then there will be no “respect for international law”. At the same time, Zelensky himself, who perfectly understands his country's inability to cope with the epidemic, simultaneously tried to beg for Gutterish $ 165 million from UN funds to fight coronavirus.

Regarding how the situation with the spread of coronavirus will develop in Ukraine itself, the most gloomy versions are being put forward. Moreover, similar assumptions are voiced by many local experts, politicians and doctors. It is not known whether Kiev will wait for help from the West in the fight against the epidemic that it is counting on. And Russia is near. It would not have happened in exact accordance with the proverb about the well, in which it is categorically not recommended to spit. Especially during a pandemic ... Russia, absolutely in any situation, probably should already think about what to do with such a "violent" neighbor, incapable of constructive and peaceful coexistence even in the most critical moments.
Ctrl Enter
Noticed oshЫbku Highlight text and press. Ctrl + Enter
We are
How Ukraine break Putin's plan: six tips Zelensky
Ten "defeats" of Putin
Reporterin Yandex News
Read Reporterin Google News
Ad
We are open to cooperation with authors in the news and analytical departments. A prerequisite is the ability to quickly analyze the text and check the facts, to write concisely and interestingly on political and economic topics. We offer flexible working hours and regular payments. Please send your responses with examples of work to [email protected]
43 comments
Information
Dear reader, to leave comments on the publication, you must sign in.