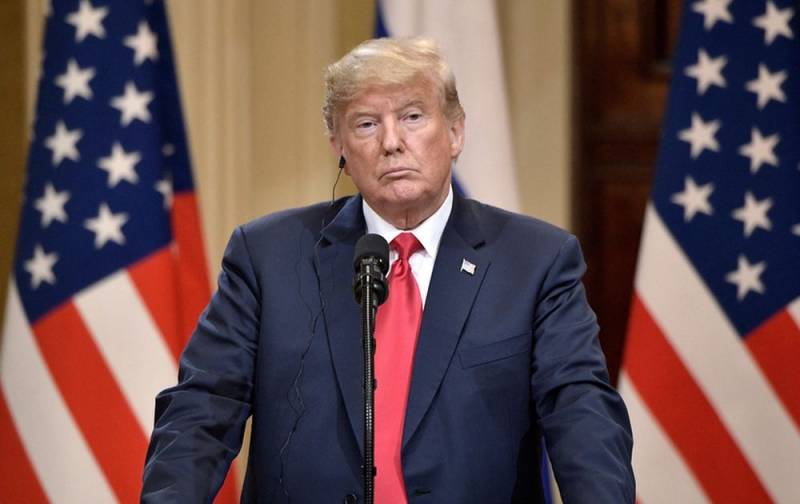 US President on the background problems in the shale industry, expressed the hope that other countries will reduce oil production by 10-15 million barrels per day. He wrote about this in his Twitter account.

I hope and expect them to cut by about 10 million barrels, or possibly more. It will be good, wonderful news all
- Trump originally wrote.

Maybe even up to 15 million barrels. It will be great for the oil and gas industry.
- Trump added hopefully in 20 minutes.

At the same time, the press secretary of the President of Russia Dmitry Peskov denied Trump's statement about a telephone conversation between Putin and the Saudi prince.

In turn, from Saudi Arabia called for an urgent meeting of countries in the OPEC + format. Riyadh wants to agree on a “fair price” and restore equilibrium in the oil market.

It must be recalled that before this from the United States informedthat Washington could form an oil alliance with Riyadh to regulate world prices for these raw materials. This alliance should prevent the strengthening of relations between Russia and Saudi Arabia.

It must be added that the United States came to first place in the world in oil production. Now a record amount of this raw material is being extracted there - 13 million barrels per day.
Ctrl Enter
Noticed oshЫbku Highlight text and press. Ctrl + Enter
We are
US shale oil predicted a quick end
CIA: Jamal Kashoggi murder customer installed
Reporterin Yandex News
Read Reporterin Google News
Ad
The publication is looking for authors in the news and analytical departments. Requirements for applicants: literacy, responsibility, efficiency, inexhaustible creative energy, experience in copywriting or journalism, the ability to quickly analyze text and check facts, write concisely and interestingly on political and economic topics. The work is paid. Contact: [email protected]
3 comments
Information
Dear reader, to leave comments on the publication, you must to register.
I have an account? Sign in