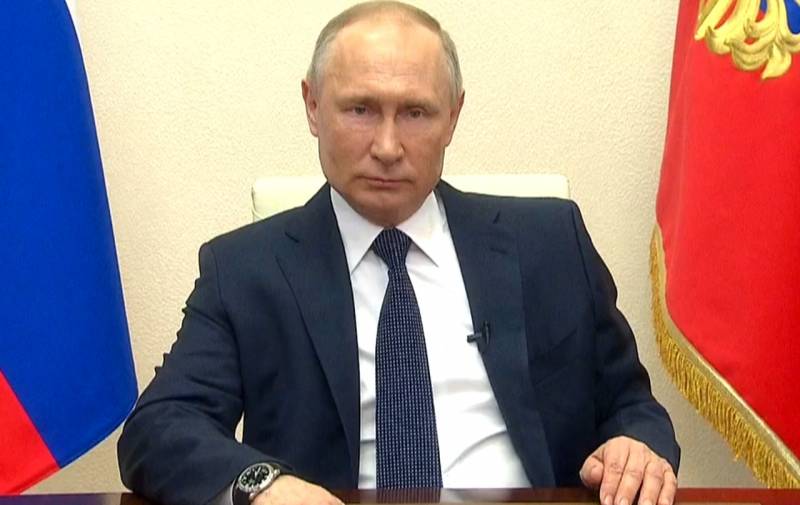 President of the Russian Federation Vladimir Putin, during his address to the Russians on April 2, declared the entire current month non-working.


The salaries of citizens are saved.

The head of the Kremlin noted that the declared period of non-working days can be adjusted downward if the epidemiological situation allows it.

Ctrl Enter
Noticed oshЫbku Highlight text and press. Ctrl + Enter
We are
Coronavirus reached Russia: the first patients were identified
Russian social funds annually lose trillions of rubles because of the shadow business
Reporterin Yandex News
Read Reporterin Google News
Ad
The publication is looking for authors in the news and analytical departments. Requirements for applicants: literacy, responsibility, efficiency, inexhaustible creative energy, experience in copywriting or journalism, the ability to quickly analyze text and check facts, write concisely and interestingly on political and economic topics. The work is paid. Contact: [email protected]
15 comments
Information
Dear reader, to leave comments on the publication, you must to register.
I have an account? Sign in