The Americans became interested in the Soviet rocket-propelled tank 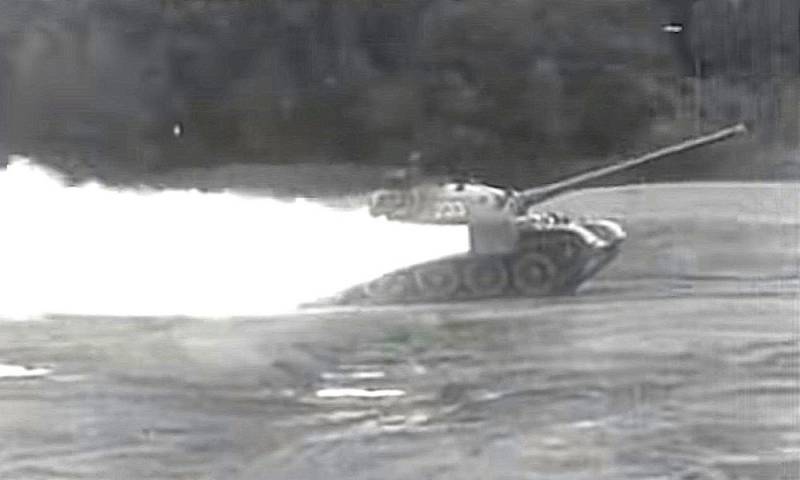 Soviet Union missile tank was explosive, and generally a bad idea
- consider in the magazine.

Footage appeared that the ever-inventive Soviet Union had once considered the possibility of tanks using rocket engines to overcome difficult terrain
- added to the magazine.

It is noted that rocket engines provided a huge impetus for moving in the direction of movement. Therefore, heavy combat vehicles could literally fly over swamps and mud. The Americans called this idea bold, but dangerous and "probably too expensive to operate."


The video shows three different samples of Soviet armored vehicles that were adapted for the use of rocket or aircraft engines.

At the beginning of the video, the installation of rocket engines was demonstrated, "probably on the main battle tank T-55." The second was shown a modified infantry fighting vehicle BMP-1 with a "clumsy" model of the tower. It is clarified that the rear of the machine, which usually carries the infantry squad, was equipped with two jet engines.

The third was shown the hull of the PT-76 light amphibious tank with two engines mounted on it from the world's first turbojet passenger aircraft Yak-40.

At the same time, American commentators drew attention to the fact that the magazine created “news” and “sensation”, 13 years after the indicated video clip appeared on YouTube.
Ctrl Enter
Noticed oshЫbku Highlight text and press. Ctrl + Enter
We are
Tsar Engine: is the RD-171MV the most powerful in the world?
What will Russia do when the ISS does not
Reporterin Yandex News
Read Reporterin Google News
3 comments
Information
Dear reader, to leave comments on the publication, you must sign in.