Poles on Russia's help to Americans: “We would never have accepted it from killers” 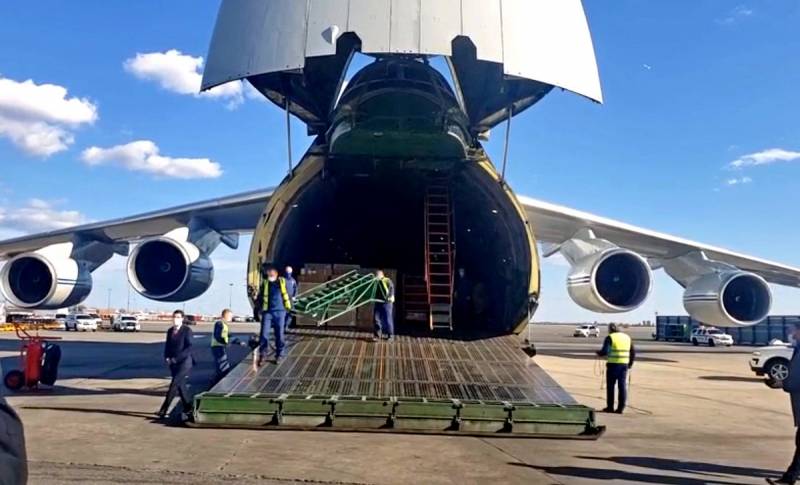 Gazeta.pl, a Polish resource Wiadomości, published a message on the delivery of Russian humanitarian aid to the United States, not forgetting to clarify that this campaign could be used for “propaganda” purposes. Of course, the Slav brothers could not get past such a fertile topic and left comments under the publication.


As always, the comments of the Poles are diverse, from allegations that the Russians sent “potatoes, beets and quilted jackets” to the USA, to quite reasonable remarks criticizing Russophobia and calling for unity in difficult times.

According to the State Department, this is not a help - the United States paid for equipment and transportation.
Poland can also send medical care to the United States. [Party] Law and Justice, fearing accusations of propaganda purposes of such an action, refused such a shameful act.
The Poles hate, despise and fear the Russians - that's why everyone news about Russia will be mockingly contemptuous, having nothing to do with reliable information.
This is an obvious gesture of goodwill for both parties, and a very positive step towards peace and harmony between great people. Putin [...] had the same reconciliation plans between Russia and Poland. PiS [Law and Justice Party] destroyed everything!
Doctors in the US should be careful with these masks from the Union, because when they are worn, they will no longer be able to take them off.
Is our best friend and protector kneeling? He has so many bombs, ships, and planes, and he has not managed the virus. And Russia helps Italy and the United States, that is, NATO countries. What does Russophobe think about this?
This is more dangerous than coronavirus. We would never have accepted “help” from the killers of our president (we are talking about Lech Kaczynski, who tragically died in the crash of the Polish Tu-154 near Smolensk - ed.).
Ctrl Enter
Noticed oshЫbku Highlight text and press. Ctrl + Enter
We are
At a rally in Moscow, a U.S. citizen who was instructed
Why Poland is doomed to Russian coal
Reporterin Yandex News
Read Reporterin Google News
Ad
The publication is looking for authors in the news and analytical departments. Requirements for applicants: literacy, responsibility, efficiency, inexhaustible creative energy, experience in copywriting or journalism, the ability to quickly analyze text and check facts, write concisely and interestingly on political and economic topics. The work is paid. Contact: [email protected]
112 comments
Information
Dear reader, to leave comments on the publication, you must to register.
I have an account? Sign in