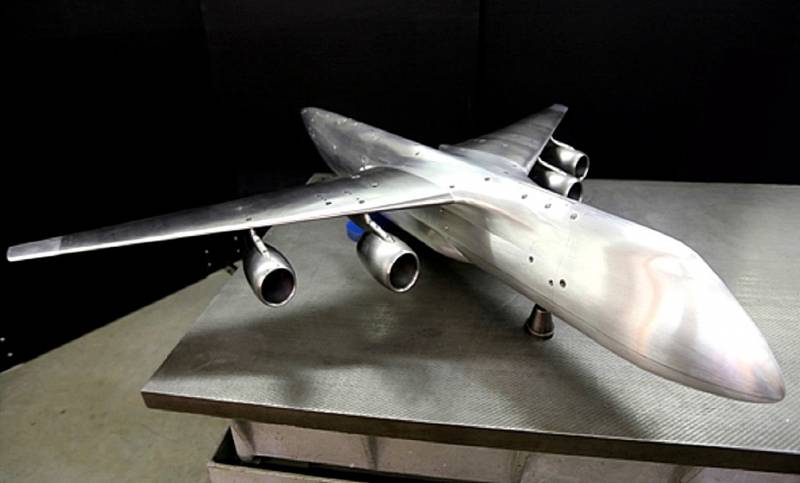 A model of the Elephant heavy transport aircraft being developed in Russia. Photo: TsAGI

After the breakdown of industrial ties with Ukraine, the Military Transport Aviation of Russia (BTA) was in a very difficult situation. All intellectual property rights to the An-124 Ruslan remained with Kiev. In this regard, the discussion intensified on the need to revive the production of the legendary "heavyweight" in Russia, but under a different name.

However, judging by the latest information, they put an end to us at Ruslan. Instead, two promising domestic projects are immediately entering the stage. But what are their real prospects?

The first candidate for the role of the “killer” An-124 is the super-heavy transport aircraft Elephant, the development of which was commissioned by the Ministry of Industry and Trade at TsAGI in 2016. According to reports, its length will be 82 meters, the wingspan will reach 88 meters, and its height will be 24 meters. Unlike the Ruslan with its 120 tons, the Elephant has to pull 180 tons of payload. The length of the runway under such a giant will be up to 3 kilometers. With full load, the aircraft will fly 4900 kilometers, with 150 tons - 7700 kilometers.

Despite the fact that the customer is a civilian ministry, the Russian military will be able to use the transporter first. At a time, the giant will take on board up to 400 soldiers and 14 Tigers, or 5 self-propelled guns. Technique can be unloaded through 2 cargo hatches: front and rear of the aircraft.

Currently, TsAGI has successfully completed the first stage of aerodynamic testing. However, when the winged giant really flies, it is completely incomprehensible. The PD-35 was chosen for it as a power plant. The problem is that a promising engine with a thrust of 35 tons is planned to be launched into the series only in 2028. This is if everything goes according to plan.

This is the second promising aircraft to replace the An-124, developed by Ilyushin Design Bureau. Its capabilities are somewhat more modest than that of the “Elephant”: carrying capacity is 80-100 tons, flight range - 5000 kilometers. The representative of the design office explained:

The IL-106 will meet all modern requirements for the aeronautical complex, as well as for resources and for transported goods. Thus, discussions about the need to recreate the An-124 ended. We are starting to develop the IL-106 aircraft. 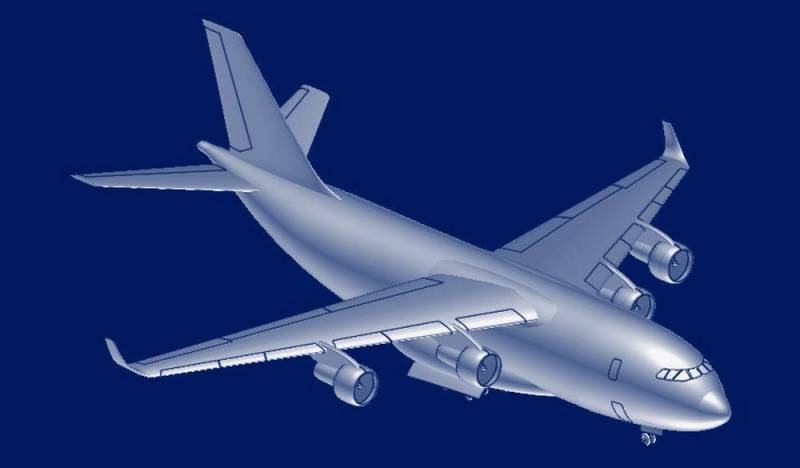 The project is quite realistic, but funding problems turned it into a long-term construction. According to the initial plans, the transporter could appear in the late nineties.

Development resumed only in 2014, but not everything is alright with it: the problems again lie in the power plants, or rather, their absence. Initially, it was planned to use four NK-106 turbofan engines on the IL-93. But at one time, due to lack of funding, development was frozen. OKB is now counting on the promising PD-24 engine, which will be created on the basis of the PD-35. It remains only to wait for the appearance of the PD-35 itself.

It turns out that in Russia there are immediately two interesting projects of a heavy transport aircraft, but both of them cannot be implemented without a power plant. The second question is whether Ilyushin and Tupolev will pull the production of such giants on their own. And most importantly, is there enough money in the budget that is already tangibly bursting from the financial load?
Ctrl Enter
Noticed oshЫbku Highlight text and press. Ctrl + Enter
We are
Model of superheavy transporter "Elephant" tested in Russia
Russian transport aviation "suffocates" without its own engine
Reporterin Yandex News
Read Reporterin Google News
Ad
The publication is looking for authors in the news and analytical departments. Requirements for applicants: literacy, responsibility, efficiency, inexhaustible creative energy, experience in copywriting or journalism, the ability to quickly analyze text and check facts, write concisely and interestingly on political and economic topics. The work is paid. Contact: [email protected]
29 comments
Information
Dear reader, to leave comments on the publication, you must to register.
I have an account? Sign in