Armies that are not: Coronavirus showed true combat readiness of NATO countries 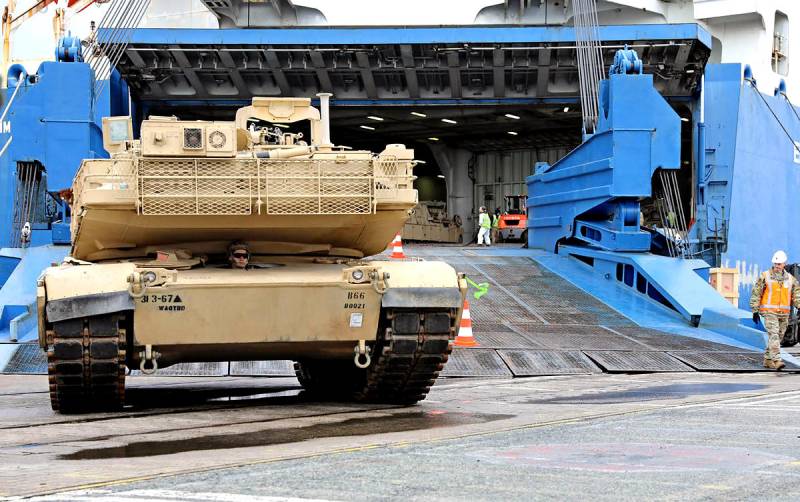 The COVID-19 pandemic turned out to be a tough test of not only the medical system of the vast majority of countries, not only their social institutions and economics. Not least, the blow of the coronavirus became an exam for the armed forces of those states, which he attacked with particular fury.


Of course, the final results are still far from being finalized, but already at the moment it is possible to draw very concrete intermediate conclusions. And on their basis, it is to question very vigorous and optimistic statements by the leadership of the main military-political bloc of the West - NATO about its "combat readiness" and its ability to solve certain problems. The real state of affairs testifies to a completely different ...

"The Alliance's capabilities are limited ..."

In truth, some of the statements made the day before in Brussels by the Secretary General of the North Atlantic Alliance, Jens Stoltenberg, in their hilarity entirely correspond to the day when they were uttered - April 1. In general, this is the usual rhetoric of a phlegmatic, like a herring, Norwegian in the style: “We would give them! If only they had caught up with us ... "However, against the background of the sheer horror that is happening in Europe, Stoltenberg's rants about" containing hostile actions "by Russia, brazenly conducting, despite the coronavirus," exercises near NATO borders "and" increasing its military presence in the North Sea. " already sound like blasphemy. Are we touching you ?! Yes, we are transferring help to one of the countries of your pathetic "military bloc", which at a critical moment turned out to be absolutely incapable of anything! Nevertheless, the secretary general continues to chat about "fake the news from Moscow, which NATO must counter with facts. " What are the facts ?! About the fact that starting literally from the second week of March, the virus mows the top command staff of the Alliance right and left? As of March 25, only 33 cases of infection were confirmed in the units of the NATO Supreme Command Europe (SHAPE), a widow more of the "fathers-commanders" and senior military officials were quarantined with suspected COVID-19. Now these figures, of course, are much higher, but something is in no hurry to share new data in Brussels. In Italy alone, more than ten army generals fell ill with the coronavirus. What's going on in the barracks is scary to even think. To utter declarations like: "Despite the pandemic, our operational readiness is maintained, not undermined" Stoltenberg can really afford only on International April Fool's Day. At the same time, however, some countries, naively counting on the help of the Alliance in difficult times, are now not at all funny.

Some time ago, the NATO Disaster Response Coordination Center (EADRCC) received a desperate request for help from the Spanish Armed Forces, which must be given their due, courageously and decisively, trying to minimize the terrifying effects of the pandemic raging in their country. The Spanish army requested, in general, not so much: half a million test kits for quick testing for coronavirus, at least five hundred installations for artificial ventilation of the lungs, one and a half million medical masks and 450 thousand respirators. “We are partners in North Atlantic unity!” We are dying! Save us! ” - in the face of a terrible threat, the Spaniards, forgetting about pride, begged their own "allies" to do at least something. As far as is known, there was no intelligible response to the request. However, it is quite possible to consider such a statement made during the same April Fools' speech by Stoltenberg that he admitted that “the Alliance itself does not have the necessary protective equipment to fight the virus, they are available to the member countries of the organization”! But, according to him, “the Alliance can take on a coordinating function, for example, in the field of logistics in organizing transport flights” ... I wonder where exactly the General Secretary will be sent to Madrid with such “help” ?! The beautiful Spanish language, as far as I know, is very rich in expressions very close to our obscene ... In fact, spreading his arms and tweeting something about "the limited role of NATO in supporting its members in the fight against the pandemic," Stoltenberg signs im structure final death sentence. In the end, it all came down to the fact that in the midst of the ordeals of every army in Europe, it remains to rely solely on their own forces. But here, too, everything is far from "thank God"!

Armies that are not

For decades hoping for “invincible unity” of NATO, the EU states for the most part, saving on defense spending, have turned their own armed forces into some kind, forgive me, misunderstandings. This is best seen in the example of one of the most powerful countries in the European Union - Germany. In this state, the problem lies, first of all, in the fact that the Germans themselves forbade their own military to "intervene" in any "civilian" processes! The government, in fact, is absolutely deprived of the right to use the army for anything other than direct defense against external aggression. The reason is more than understandable - the society that survived the horrors of the Third Reich decided to protect itself from the likelihood that power will again be in the hands of people in uniform to the maximum and even above it. It seems that a little overdone ... However, the German Constitution in its 35th article still provides for the possibility of using the armed forces within the country "in case of especially serious accidents and natural disasters." The coronavirus invasion "pulls", perhaps, at both points at once. Nevertheless, speaking on March 18 at a special press conference on the potential use of the Bundeswehr in the current emergency, the country's defense minister, Annegret Kramp-Karrenbauer, first of all asked the Germans "not to place undue hopes on their defenders." “We would be glad, but ...” The leitmotif of her speech was approximately like that. Army medicine? Excuse me, but all 5 hospitals that the military department has (really equipped and equipped “first class”) have long been “integrated” with civilian health care, and the military are, in fact, only in their name. Real military personnel among their patients - no more than 20-25%.

The rest is the so-called “field” army medicine, in fact, mobile medical units capable of promptly providing the first, most urgent help on the battlefield (or at the disaster site), and transporting the injured ... That's right, to those very “military-civilian »The hospital, which was discussed above. Not quite what is needed in this case - that is, to combat the epidemic. The number of doctors in army medicine for the entire Bundeswehr is “already” 3 thousand people. The prospect of deployment with such forces of large field hospitals looks rather doubtful. There are simply not enough people. 300 thousand units of protective equipment (masks, overalls, etc.), which the military department has already ordered, according to its head, from its suppliers and after receiving it will be handed over to civilian doctors - this is even more significant. According to Annegret Kramp-Karrenbauer, at the time of the press conference she had about fifty requests for assistance from various departments. About one and a half dozen of them will be satisfied - basically, these are again the moments regarding the supply of one or another medical equipment or personal protective equipment. And the valiant Bundeswehr warriors in Saxony help drivers stuck in colossal border traffic jams, along with local emergency services and volunteers providing them with food and drinks. This harsh German law allows you to do it.

But the possibility that the army will protect any civilian objects, even those related to critical infrastructure (power plants or a water supply system) in its leadership is more than skeptical. For this turn of events, the virus must first mow down all departmental security guards, then representatives of private security services, and in addition police officers. Then - maybe. And then, in German it will be somehow not very legal. What will not be certain in Germany (with any, perhaps, development of events) is the military, patrolling the streets and ensuring compliance with quarantine. One of the Bundeswehr generals bluntly stated: there will never be a deployment of troops in cities, no one will ever authorize parties to disperse parties and send soldiers hovering around anywhere. As the Minister of Defense said: “We do not want and cannot do this ...”

A blind joke with the Europeans was played, as I have written more than once, by blind faith in the "great and invincible" allies from across the ocean. The Americans will come at the first call - and they will save, defend, cure ... Yeah, they will also wipe away the tears! Less stupid Hollywood blockbusters had to watch. Today, it is not as invincible as the legendary (in the sense that its strength and power exist exclusively in legends and myths) the US army and in its thoughts does not have anyone to help there - especially outside the United States. It, however, is not surprising - among all NATO countries, the number of infected in the US armed forces is unequivocally the highest. The scale of the disaster has reached such proportions that the Pentagon a few days ago tightly classified statistics on this issue. This is Russia to them, if anyone has forgotten, sends military boards with the help, and not they to someone. The US Army Air Force is increasingly “illuminated” by exporting coronavirus test kits from Italy (they will cost!), Or intercepting batches of protective masks intended for France right at the Chinese airport! Well, just lovely, what kind of allies! With such enemies it is not necessary at all.

With all this, the US representative to NATO, Ambassador Kay Bailey Gutchison continues to foolishly with enthusiasm, as if nothing had happened. Literally today, a teleconference should be held with the participation of foreign ministers of NATO member countries to discuss the "destabilizing actions of Russia." Mrs. Gutchison belligerently declares that the Alliance cannot have normal relations with our country until it “leaves the sovereign territories it is occupying and stops aggressive behavior” ... No, well, Macron, well clever - about the "brain death"! Verily, the Lord, desiring to punish, first deprives the mind. And then, if necessary, the coronavirus adds ...
Ctrl Enter
Noticed oshЫbku Highlight text and press. Ctrl + Enter
We are
Ukraine from the inside: traitors, curators and those who watch from the Kremlin
Turkey’s purchase of S-400 will mark the beginning of the end of NATO
Reporterin Yandex News
Read Reporterin Google News
Ad
The publication is looking for authors in the news and analytical departments. Requirements for applicants: literacy, responsibility, efficiency, inexhaustible creative energy, experience in copywriting or journalism, the ability to quickly analyze text and check facts, write concisely and interestingly on political and economic topics. The work is paid. Contact: [email protected]
47 comments
Information
Dear reader, to leave comments on the publication, you must to register.
I have an account? Sign in