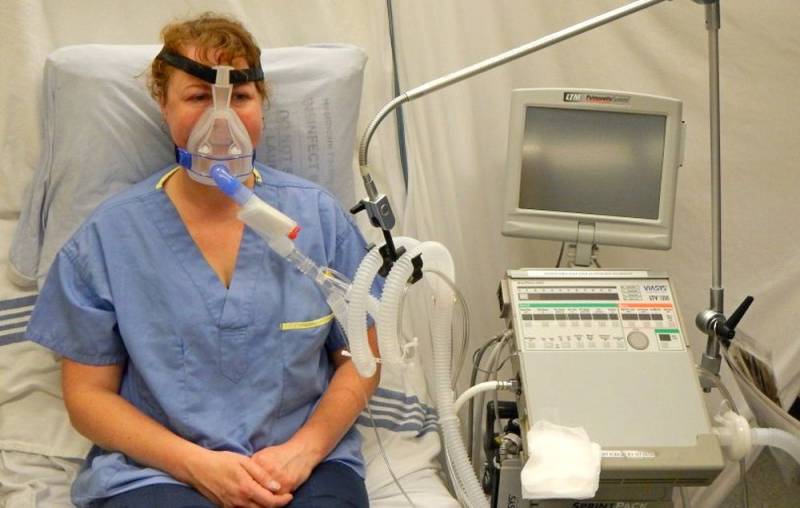 Pursuant to the order of the President of the Russian Federation Vladimir Putin, the Ministry of Health of Russia conducted an inventory of artificial lung ventilation apparatus in the country.


As follows from the press service of the department, today in medical organizations across the country there are 47 thousand devices.

Thus, in Russia there are 32,4 devices per 100 thousand population, which makes it the world leader in providing ventilation devices.

In addition, 78 thousand additional hospital beds were prepared in medical institutions in Russia in the event of a sudden increase in the number of people infected with coronavirus.

According to the John Hopkins Center, which maintains statistics on COVID-19 cases registered in the world, as of April 1, 859 796 people had become ill in the world, 177 917 had recovered, and 42091 people had died.

Previously we wrote that a catastrophic situation with the spread of coronavirus occurred on the US Navy aircraft carrier Theodore Roosevelt, whose captain turned to the country's military leadership for help.
Ctrl Enter
Noticed oshЫbku Highlight text and press. Ctrl + Enter
We are
Because of the coronavirus, the US auto industry had to master the production of medical equipment
Bloomberg: Moscow recognized incorrect data on the number of infected COVID-19
Reporterin Yandex News
Read Reporterin Google News
Ad
The publication is looking for authors in the news and analytical departments. Requirements for applicants: literacy, responsibility, efficiency, inexhaustible creative energy, experience in copywriting or journalism, the ability to quickly analyze text and check facts, write concisely and interestingly on political and economic topics. The work is paid. Contact: [email protected]
Information
Dear reader, to leave comments on the publication, you must to register.
I have an account? Sign in