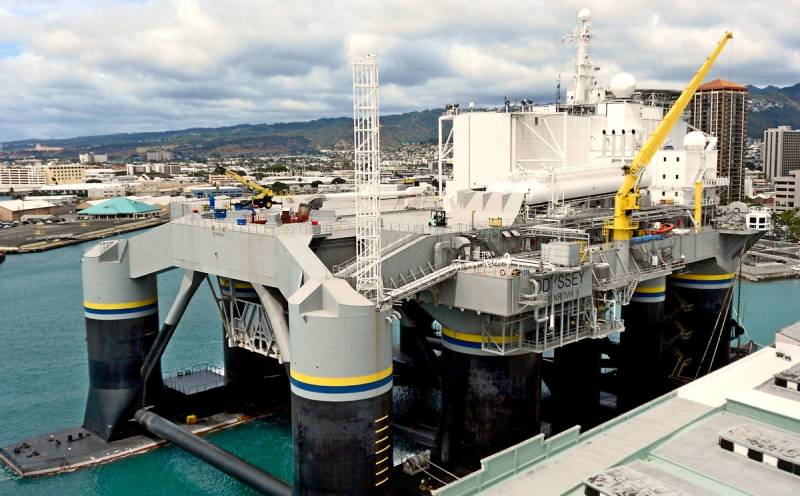 Last month, the Sea Launch floating spaceport was transferred to the Far East from California. It is assumed that after the modernization of the complex, it will be used to launch Soyuz-5 missiles. In turn, representatives of the company S7 Group, which owns the launch platform, said they plan to operate it in the next 10-15 years.


However, as it turned out, not everyone believes in such an optimistic scenario. So, the head of the Space Institute policy Ivan Moiseev in an interview with the agency RIA News stated that Sea Launch is likely to be sawn into scrap due to its uselessness.

According to the expert, the floating spaceport has no prospects. The S7 Group does not have its own missile for launching via this platform, and it is not economically feasible to use Sea Launch for testing the Soyuz-5. In order to break even, this cosmodrome will need to launch at least 4 rockets per year.

I do not see any perspective. There are no consumers now. The only option is to send it to scrap. No rocket, no orders. What to expect?
- summed up Moses.

Recall that the development of the Sea Launch spaceport began in the 90s of the last century. The first launch from a floating complex took place in 1999. As a carrier, the Ukrainian Zenit-3SL LV was used. In 2009, the project declared bankruptcy, and in 2018 Sea Launch completely became the property of the Russian holding S7 Group.
Ctrl Enter
Noticed oshЫbku Highlight text and press. Ctrl + Enter
We are
The floating spaceport will arrive in Russia next year
Refusal from Ukrainian missiles makes Sea Launch pointless
Reporterin Yandex News
Read Reporterin Google News
Ad
The publication is looking for authors in the news and analytical departments. Requirements for applicants: literacy, responsibility, efficiency, inexhaustible creative energy, experience in copywriting or journalism, the ability to quickly analyze text and check facts, write concisely and interestingly on political and economic topics. The work is paid. Contact: [email protected]
12 comments
Information
Dear reader, to leave comments on the publication, you must to register.
I have an account? Sign in