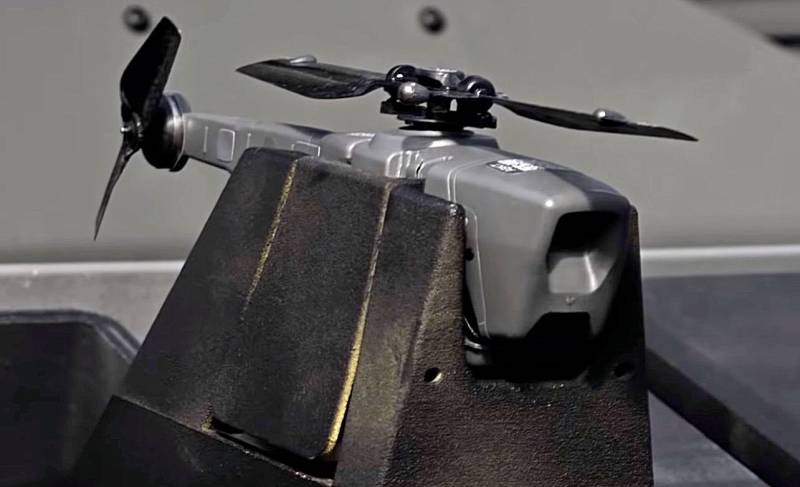 According to the Army Recognition portal, citing the press service of FLIR Systems, the Norwegian Defense Research Center (FFI) ordered the Black Hornet Vehicle Reconnaissance Systems (VRS) unmanned aerial system for a new study. This is the first contract for the supply of such UAVs since their inception.


FFI is the leading scientific and technical institution of the Ministry of Defense of Norway, responsible for advanced research and development. His department, ICE Worx, is engaged in research in the field of protection of bases and other facilities. Now work is underway to create new defense concepts based on active and passive sensors, modern control systems, etc. In further studies of this kind are going to use ultralight drones.

Complex FLIR Black Hornet VRS is a set of equipment for installation on vehicles. It includes an ultra-light drone, known for the Black Hornet PRS project, and other means.

Inside the car, an operator console is installed to control the operation of the UAV, outside there is a take-off and landing system with four UAVs. Such a complex allows the crew to remain inside the protected vehicle, but at the same time provides maximum situational awareness through the simultaneous use of up to four aircraft.


Management of the FLIR unmanned systems division notes that the Black Hornet PRS and VRS systems are capable of providing data collection and surveillance in a combat situation and around bases with minimal involvement of people. The new FFI research program is called important and useful. FLIR Systems also notes the value of international collaboration and joint efforts to save people.

Army Recognition recalls that FLIR Systems has extensive experience working with law enforcement agencies in Norway. For more than 10 years, the company has been supplying military and police unmanned systems such as PackBot. The assembly of the Black Hornet VRS complex for FFI delivery will be carried out at the Norwegian production of FLIR.


According to the development company, the main element of the Black Honet VRS / PRS complex is the ultralight Black Hornet 3 UAV. This is a 168 mm helicopter-type drone with a screw diameter of 123 mm and a mass of less than 33 g. The on-board battery allows the device to remain in the air for two hours, the system Communication provides work 2 km from the operator.

There are ultracompact day and night cameras on board. In the day mode, the UAV conducts video recording with a resolution of 640x480 and takes a photo in 1600x1200. The night camera has a resolution of 160x120. The video signal and telemetry are transmitted to the remote control via a secure channel in real time.

Black Hornet PRS is positioned as an easy-to-use tactical reconnaissance complex for units operating in different conditions. The more sophisticated VRS is for military or civilian use. technology, or stationary objects. It is in this capacity that he will find application in a new Norwegian project.

The terms of delivery of equipment to the Norwegian FFI were not called. Not specified and the time of research and the appearance of real results. However, the company FLIR Systems has already received the desired - the complex version of VRS for the first time became the subject of the contract.
Ctrl Enter
Noticed oshЫbku Highlight text and press. Ctrl + Enter
We are
In the US, proposed to use the principle of "sling" to launch missiles
The technology of laying heavy-duty asphalt has been successfully tested in Russia
Reporterin Yandex News
Read Reporterin Google News
Ad
The publication is looking for authors in the news and analytical departments. Requirements for applicants: literacy, responsibility, efficiency, inexhaustible creative energy, experience in copywriting or journalism, the ability to quickly analyze text and check facts, write concisely and interestingly on political and economic topics. The work is paid. Contact: [email protected]
2 comments
Information
Dear reader, to leave comments on the publication, you must to register.
I have an account? Sign in