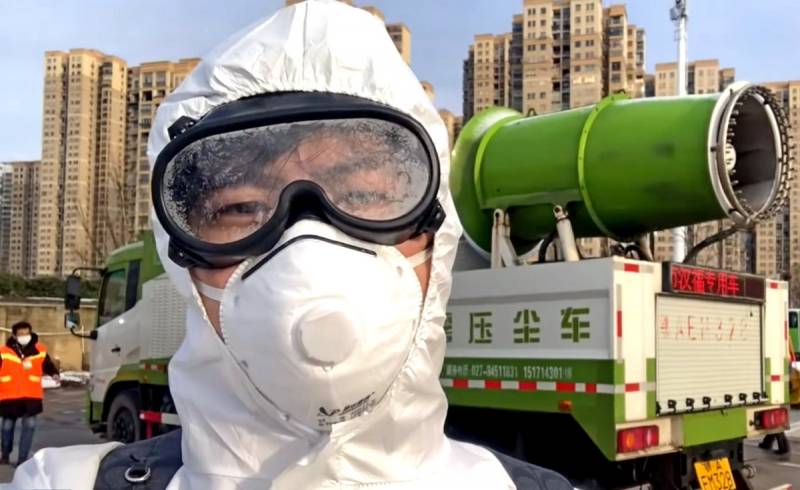 Some Wuhan residents believe that the Chinese government is manipulating official statistics and hiding the real number of deaths from coronavirus infection COVID-19. It is reported by the American news Business Insider portal, citing its own sources.


It is noted that the number of cases of COVID-19 infection in China is declining. Life in Wuhan is gradually returning to normal, the authorities are lifting restrictions.

However, some Wuhan residents are convinced that "officials did not accurately calculate the number of deaths." Moreover, most of the cases of infection in this country occurred in the province of Hubei, where the city of Wuhan is located. More than 67 thousand people out of 81,5 thousand were infected there in mainland China.

According to The Mail on Sunday, the British government is furious, accusing China of underestimating the number of cases. The newspaper, citing unnamed sources, said that China could downplay the number of confirmed cases of coronavirus "15-40 times"
- writes Business Insider.

The portal explains that “public health experts” have been saying for several months now that the actual number of COVID-19 infections worldwide is probably much higher than reported cases. After all, some people may not have symptoms at all, and some have mild symptoms or cannot pass the coronavirus test, so they do not fall into official statistics.

At the same time, some media reports that recently in Wuhan there has been an increase in the supply of dust bins to eight city funeral homes. This may indicate that the death toll from COVID-19 is much larger than the official figures of the Chinese authorities.
Ctrl Enter
Noticed oshЫbku Highlight text and press. Ctrl + Enter
We are
West not ready to fight coronavirus, but blames Kremlin for misinformation
Mortality higher than 40 times: Rospotrebnadzor said the danger of COVID-19
Reporterin Yandex News
Read Reporterin Google News
Ad
The publication is looking for authors in the news and analytical departments. Requirements for applicants: literacy, responsibility, efficiency, inexhaustible creative energy, experience in copywriting or journalism, the ability to quickly analyze text and check facts, write concisely and interestingly on political and economic topics. The work is paid. Contact: [email protected]
2 comments
Information
Dear reader, to leave comments on the publication, you must to register.
I have an account? Sign in