Venezuela has lost its only communications satellite 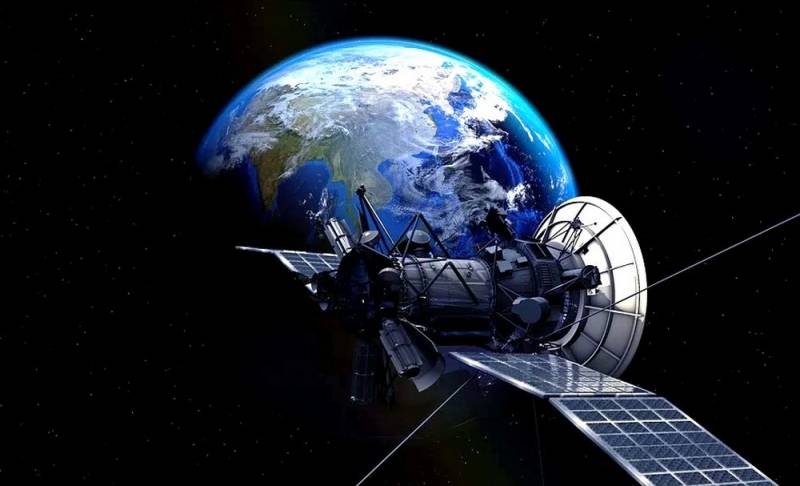 According to foreign media reports, a few days ago Venezuela was left without one of the three state spacecraft. The communications satellite Simón Bolívar or VeneSat-1 has been operating in geostationary orbit since 2009. March 25, he was recognized as inoperative.


The Space News portal clarifies the development of events. On March 13th, ExoAnalytic Solutions (USA, California), a space observational company, noticed that VeneSat-1 had shifted 78 ° West longitude from its position. After a few hours, the device again changed its position in space.

The scientific organization AGI reports that after all these events the satellite has shifted 30 degrees relative to its standard position, and also entered an elliptical orbit. Calculations showed that with further displacement, the device will go beyond the boundaries of the Venezuelan visibility zone. Managing it from the territory of the country will be impossible.

AGI and ExoAnalytic suggest that communication with the satellite was interrupted when trying to transfer it to the orbit of the burial. This task has not been completed, which is why Simon Bolivar remains between the working orbit and the “space cemetery”. Fortunately, there is no danger to working satellites in geostationary orbit.

Only on May 25 did official data arrive. Ministry of Science and equipment Venezuela has confirmed the loss of a single communications satellite. The causes of the accident and other information were not given. It was talked about the beginning of work to restore the communications infrastructure.

In the foreign media there are different versions of the causes of the accident. This could be overheating or component failure, fuel production, exposure to micrometeorites, etc. How serious the failure is and whether it will be possible to return the satellite to work is unknown. A possible attempt to place the burial in orbit may indicate fatal problems and breakdowns.

Space News recalls that in January the Venezuelan Space Agency (ABAE) announced its intention to create a new satellite, VeneSat-2. It was planned to send into orbit in 2024 to replace the VeneSat-1. The loss of the first satellite of the series should affect the plans of ABAE. However, the development and construction of spacecraft take time - Venezuela will not be able to quickly make up for the loss.

The Associated Press writes that the satellite Simón Bolívar was used for broadcasting state television channels and also provided Internet services for remote areas of the country. Thus, the recent accident hit the least protected and the poorest segments of the population, who were left without high-quality communications and without access to relevant content.

The restoration of the communication infrastructure in the near future is associated with the involvement of foreign communication organizations. “Migration” to other people's satellites can require serious expenses, as well as face opposition from the United States.

According to open data, the VeneSat-1 satellite was developed for Venezuela by the Chinese Academy of Space Technology. The spacecraft carried 28 transponders of the C, Ku, and Ka bands. With the help of Simon Bolivar, Venezuela has modernized its communications infrastructure and gained new opportunities. As stated before the launch, the satellite was supposed to “contribute to the country's independence” and help build “XNUMXst century socialism”.

The launch took place on October 29, 2008 using the Long March 3B / E launch vehicle from the Chinese spaceport. Entering orbit was accompanied by difficulties, but in January 2009, the satellite began work. The assigned resource was 15 years - until 2024. In fact, the device worked for 11 years and a little less than 5 months.

A replacement for the lost satellite is still being developed - again in cooperation with China. Its launch will be possible only in a few years. At this time, you need to find any alternatives to satellite communications.
Ctrl Enter
Noticed oshЫbku Highlight text and press. Ctrl + Enter
We are
Refusal from Ukrainian missiles makes Sea Launch pointless
What will Russia do when the ISS does not
Reporterin Yandex News
Read Reporterin Google News
Ad
The publication is looking for authors in the news and analytical departments. Requirements for applicants: literacy, responsibility, efficiency, inexhaustible creative energy, experience in copywriting or journalism, the ability to quickly analyze text and check facts, write concisely and interestingly on political and economic topics. The work is paid. Contact: [email protected]
16 comments
Information
Dear reader, to leave comments on the publication, you must to register.
I have an account? Sign in