"Poland has repeatedly humiliated Russia": Poles about why the IL-76 did not fly through their country 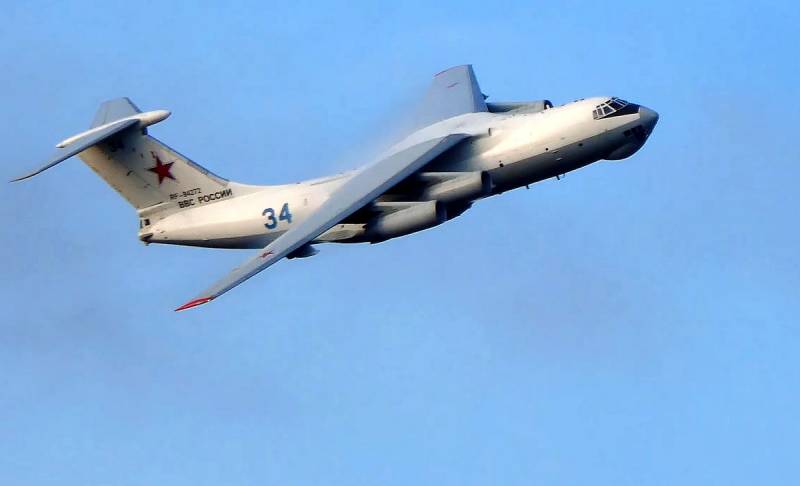 During a conversation with the Russian ambassador to Warsaw, the director of the Eastern Department of the Ministry of Foreign Affairs of Poland expressed her indignation at the accusations of the Russian side about not allowing Il-76 aircraft to enter the country's airspace.


Recall a few days ago, the transport aircraft of the Russian Air Force Il-76 delivered medical care to Italy. At the same time, the route that the planes followed was far from the most rational one. Transporters circled Eastern Europe side.

The Polish Foreign Ministry noted that the dissemination of false information that “divides states and societies,” in the face of “an unprecedented threat in the form of a deadly virus,” is a very bad idea.

The Russian ambassador, in turn, noted that the Russian authorities did not control the media, and they did not confirm false information either in the Ministry of Defense, or in the government, or anywhere else.

Poles on the pages of the publication Interia appreciated the statement of their Ministry of Foreign Affairs.

Poland has repeatedly humiliated Russia. Moscow decided to fly over a hostile country because it was faster than waiting for permission to fly from Warsaw
- spoke out em46.

As if after each statement about Russia (the rules prohibit giving examples), the Polish ambassador was summoned to the Russian Foreign Ministry, he probably would have to rent a room in the building of their ministry, which would save him time spent on travel. Polish authorities have already broken through the bottom and two meters of silt
- rightly noted real.

When in Poland they write all sorts of unpleasant things about Russia, Moscow does not call the ambassador. This is freedom of the press. Europe's duplicity is evident
- echoes one of the users.

The issue of the flight of Russian aircraft with medical assistance to Italy is not sufficiently clarified. The Polish Foreign Ministry expressed its indignation, and probably counted on some kind of resonance. Each state seeks to make informed, rational decisions. The choice of Russians to fly through the Black Sea, Turkey and Greece makes one ask - why did they choose such a route? Indeed, through Poland it would be three times faster. Yes, and the need for refueling would disappear. So this question has a “double bottom”
- the user writes bron100.

Only a complete idiot is at odds with a stronger neighbor, thinking that if he gets ill, he will be helped by an uncle from across the ocean
- sure Józwa Butrym.

In general, I believe more Russians than Polish politicians
- expressed his opinion polish farmer.
Ctrl Enter
Noticed oshЫbku Highlight text and press. Ctrl + Enter
We are
In Russia, expressed concern for the aircraft of the Russian Air Force in Syria
For the first time in 4, Ukraine launched a Russian plane into its skies
Reporterin Yandex News
Read Reporterin Google News
11 comments
Information
Dear reader, to leave comments on the publication, you must sign in.