In France, Rafale fighters are taught to interact with submarines 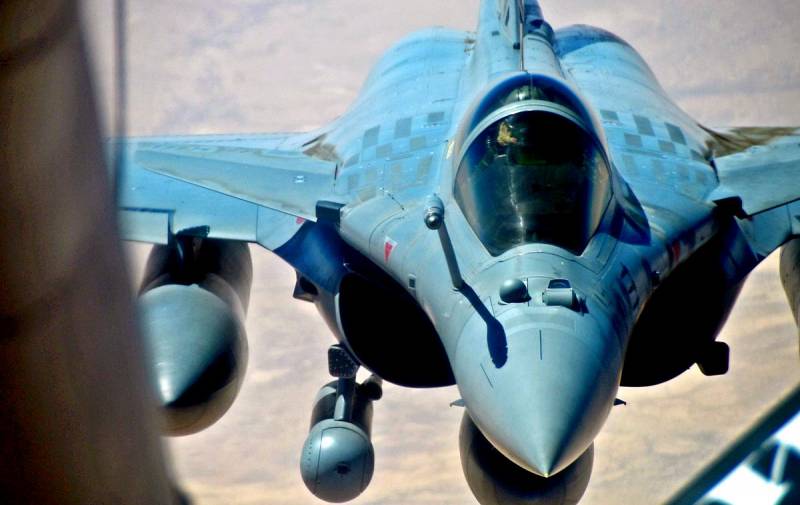 A group of ships of the French Navy is involved in the Foch mission. The carrier strike group TF 473 patrols and conducts various exercises. A few days ago another training was held involving submarine forces and carrier-based aircraft. Using modern Technology, together they discovered and destroyed the training target.

According to the French Ministry of Defense, on March 17 a Linkex-type training was held, aimed at testing the means and methods of communication and management. The ships of the TF 473 group, led by the aircraft carrier Charles de Gaulle and its air group, as well as an unnamed Rubis-class multipurpose nuclear submarine took part in the maneuvers. The aircraft carrier took to the air the long-range radar E-2C Hawkeye. 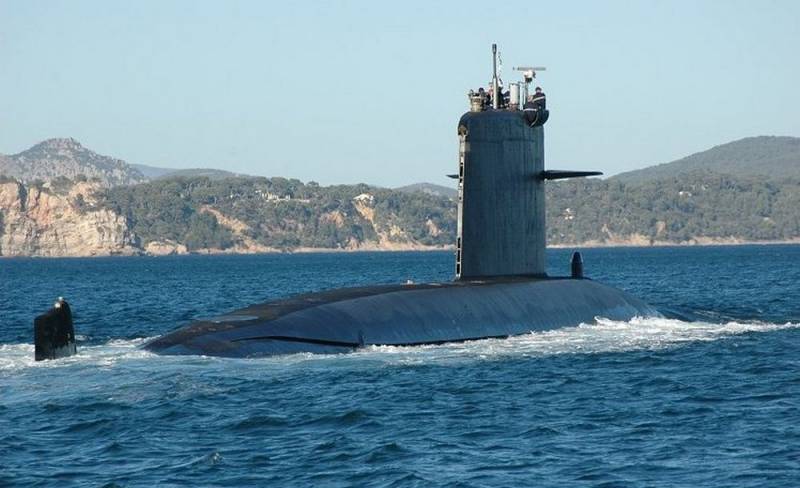 Submarine type "Ryubi." Photo: Jean-Michel Roche / netmarine.net
Using its on-board systems, the Premier League found a training target and began tracking it. From the periscope depth, she contacted the Hokai aircraft via the L11 tactical radio channel and launched data transmission in real time. The submarine and the plane were separated by 150 nautical miles. At the same time, the E-2C independently monitored the situation and accompanied about a hundred different objects.

After receiving the data about the target, the AWACS aircraft processed it and handed it to the deck-based fighter-bomber Rafale, taking off from the Charles de Gaulle. The combat aircraft successfully received the data and headed towards the training target. The episode of the exercises was a success.


The joint work of submarines, ships and carrier-based aviation gives the aircraft carrier a wide range of opportunities. Thanks to this, as the Ministry of Defense points out, it is becoming a powerful and effective tool.

The Zone Militaire Opex360.com portal recalls that the carrier group must be accompanied by a submarine. Its main goal is to search for dangerous objects during trips and parking in ports. A submarine independently responds to a threat or transmits data to ships capable of dealing with it. In recent exercises, aircraft were not used for this purpose.

During campaigns by the aircraft carrier group, AWACS aircraft must constantly be on duty and monitor the air and surface conditions. The E-2C aircraft is capable of operating at a distance of 300-320 km from the aircraft carrier. An airborne locator detects large air and sea targets from a distance of 500-600 km and accompanies up to 1500 objects. Data on them is transmitted with a range of up to 200 nautical miles. Also, the aircraft can provide communication and control of various forces and means of the group and fleet. All of these features have been fully utilized in recent exercises. 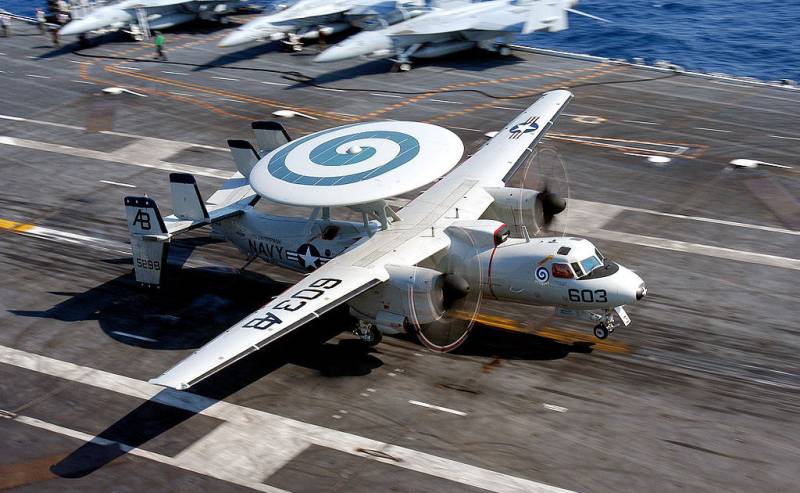 Deck-based early warning radar Grumman E-2 Hawkeye. Photo: US Navy
Zone Militaire believes that proven interaction techniques are not ideal. To transmit information about the target, the submarine had to go to the periscope depth - this can contribute to its detection by a conditional adversary. To communicate with the combat Rafal, the help of the Hokai control plane was required.

It is possible to increase the safety of nuclear submarines through direct communication with a strike aircraft from any depth. The fleet does not yet have the necessary technology, although work is already underway.

Already on March 20, the French group TF 473 met with ships of several NATO countries, after which a three-day joint exercise started. This time, the French fleet got the opportunity to work out interaction with ships, planes and helicopters of other countries.
Ctrl Enter
Noticed oshЫbku Highlight text and press. Ctrl + Enter
We are
NASA Tests Innovative Survey System for Concorde's Future Successor
US experienced a multi-purpose "submarine hunter"
Reporterin Yandex News
Read Reporterin Google News
Ad
The publication is looking for authors in the news and analytical departments. Requirements for applicants: literacy, responsibility, efficiency, inexhaustible creative energy, experience in copywriting or journalism, the ability to quickly analyze text and check facts, write concisely and interestingly on political and economic topics. The work is paid. Contact: [email protected]
3 comments
Information
Dear reader, to leave comments on the publication, you must to register.
I have an account? Sign in