Ready for April 3: Germany mobilizes an army to fight the virus 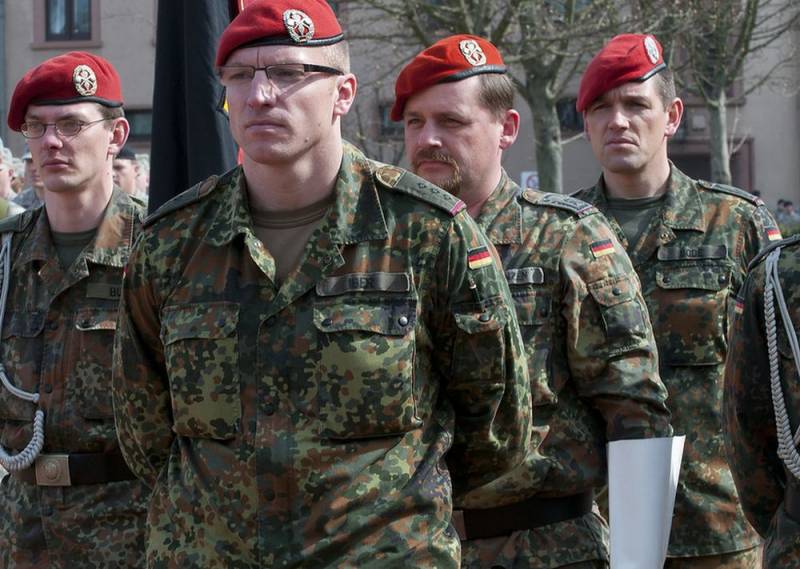 The situation with the spread of coronavirus infection COVID-19 in Germany is becoming more complicated. There are already 49344 infected people (fifth in the world). Therefore, it is not surprising that the Bundeswehr - the armed forces of Germany, decided to engage in the fight against the epidemic.


It is reported that the Bundeswehr is preparing to deploy (mobilize) 15 thousand troops as part of measures to counter the spread of the dangerous coronavirus. This is stated in the plan of the military operation.

It is specified that only those military personnel who do not participate in NATO operations or missions in other countries will be involved. All of them should be in full readiness by April 3, 2020.

It is explained that military leadership will be carried out from four regional headquarters (in Berlin, Rostock, Oldenburg and the federal state of Bavaria).

It should be recalled that, according to the statement of the Minister of Defense of Germany, Annegret Kramp-Karrenbauer, there are 75 thousand reservists in the country, of which 2,3 thousand have already declared their readiness to participate in such events.

It should be noted that in Germany they rarely resort to military services. Mostly their help is used after natural disasters. After all, civilian services are often less secure than military ones. For example, in Italy 24 doctors have already died for various reasons, and the Bundeswehr has about 3 thousand doctors of various profiles.
Ctrl Enter
Noticed oshЫbku Highlight text and press. Ctrl + Enter
We are
West not ready to fight coronavirus, but blames Kremlin for misinformation
Ministry of Health announces preparations for coronavirus epidemic
Reporterin Yandex News
Read Reporterin Google News
Ad
The publication is looking for authors in the news and analytical departments. Requirements for applicants: literacy, responsibility, efficiency, inexhaustible creative energy, experience in copywriting or journalism, the ability to quickly analyze text and check facts, write concisely and interestingly on political and economic topics. The work is paid. Contact: [email protected]
3 comments
Information
Dear reader, to leave comments on the publication, you must to register.
I have an account? Sign in