What is a European tank for the battle with "Armata" 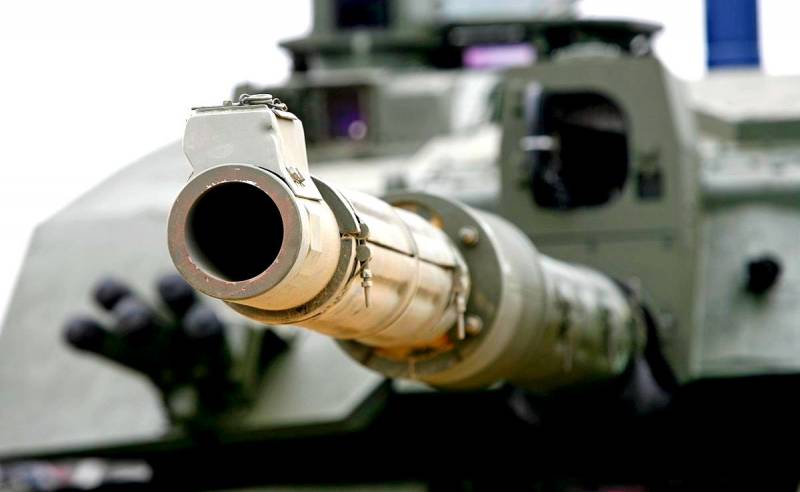 Just a few years ago, domestic media enthusiastically praised the promising T-14 tank, created on the Armata platform. This main battle tank with an uninhabited tower was to become our “wunderwaffe,” sweeping the Leopards, Abrams, and Leclercies out of the way. However, his fate was not easy: due to the high cost per unit of the Ministry of Defense of the Russian Federation, it turned out to be more profitable to upgrade the fleet of existing old tanks.


And now in NATO, having seen enough of the T-14, they began to develop their own analogue. What will come of this for the Germans and the French?

Berlin has officially confirmed the start of work on the Main Ground Combat System (MGCS) project, a platform that will replace Leopards 2 and Leclerks in the future. The financing of the project and the production itself are undertaken jointly by Germany and France, Krauss-Maffei Wegmann, Rheinmetall Defense and Nexter Systems, Poland, were refused participation. The first prototypes are expected by 2027, by 2035 - serial production of tanks and infantry fighting vehicles.

What do the leading powers of the Old World intend to get at their disposal on the battlefield?

It is likely that the existing practices of Rheinmetall Defense will be taken as the basis. As the chassis, a tracked platform from the Lynx KF41 BMP can be borrowed: the engine in the front, the crew in the middle, the ammunition in the back. Due to the uninhabitability of the tower, the crew will be reduced to 2 people against 3 for the T-14. Remote fire control, automatic charging. The widespread use of the capabilities of artificial intelligence in the management of all systems is assumed.

The protection of the combat vehicle must be active and passive, the developers pay special attention to the reservation, carried out at certain angles, which will improve the camouflage from the enemy radar. Additional weapons for the tank can be considered a set of air and ground drones, remotely controlled by the crew.

But the most important thing in a European tank is its gun, and it will be more powerful than that of the “Almaty” with its 125 mm. The Germans are developing a gun with a barrel length of 6,63 m and a caliber of 130 mm. Accordingly, the power and weight of ammunition will increase, which requires automation of the loading process. The shells will be of two types: high-explosive fragmentation with a programmable detonation and armor-piercing subcaliber.

It looks impressive, given that the Ministry of Defense recognized "Armata" too expensive and seriously limited the batch being purchased. Not only was the T-14 super-expensive, but now it is already inferior to the designed NATO tank. Uralvagonzavod announced its readiness to redesign the T-14 for a 152 mm gun, but this is a very difficult technical task with seeming simplicity.

The bottom line is that the contractor created an extremely expensive combat vehicle, which for this reason was unclaimed by the customer. Now she also turns out to be uncompetitive in front of a promising "European" in a one-on-one battle. Remaking a tank for a more powerful weapon is a completely different story, which will make the project simply “golden”.
Ctrl Enter
Noticed oshЫbku Highlight text and press. Ctrl + Enter
We are
The American two-body carrier got a second chance
“Killer Aircraft”: the failure of the Boeing 737 Max and its consequences for Russia
Reporterin Yandex News
Read Reporterin Google News
Ad
The publication is looking for authors in the news and analytical departments. Requirements for applicants: literacy, responsibility, efficiency, inexhaustible creative energy, experience in copywriting or journalism, the ability to quickly analyze text and check facts, write concisely and interestingly on political and economic topics. The work is paid. Contact: [email protected]
9 comments
Information
Dear reader, to leave comments on the publication, you must to register.
I have an account? Sign in