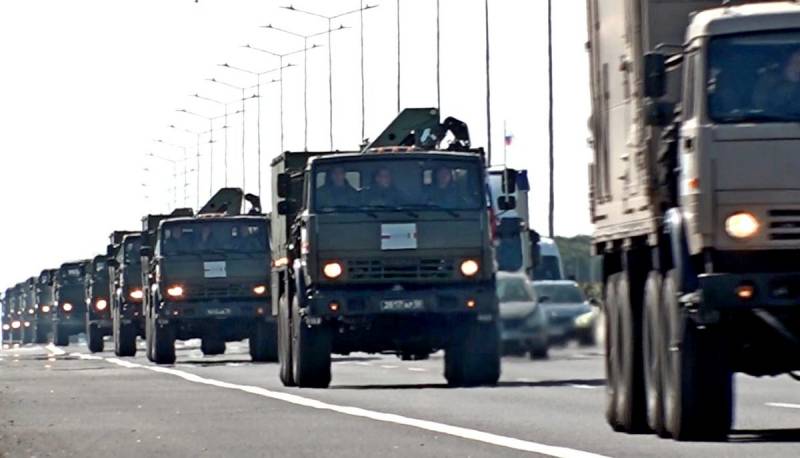 Currently, Russian specialists (doctors, virologists, epidemiologists, military forces of radiation, chemical and biological protection) are moving from the Italian capital of Rome to the epicenter of the coronavirus infection epidemic COVID-19 in this country, the city of Bergamo (Lombardy region). More than 600 units cover a 20-kilometer path equipment and about 100 Russians who have recently been quickly brought to Italy from Russia.


A video has already appeared on the Web of the beginning of the movement of the convoy from the Italian air force base "Practitioner de Mare" (30 km south-west of Rome), accompanied by Italian law enforcement officers. 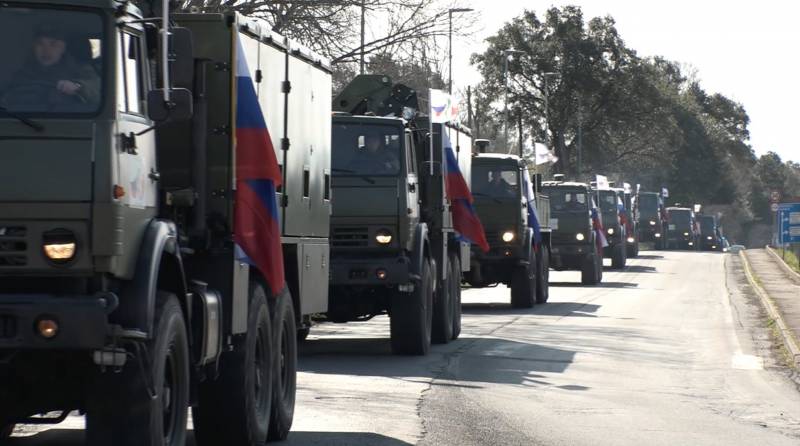 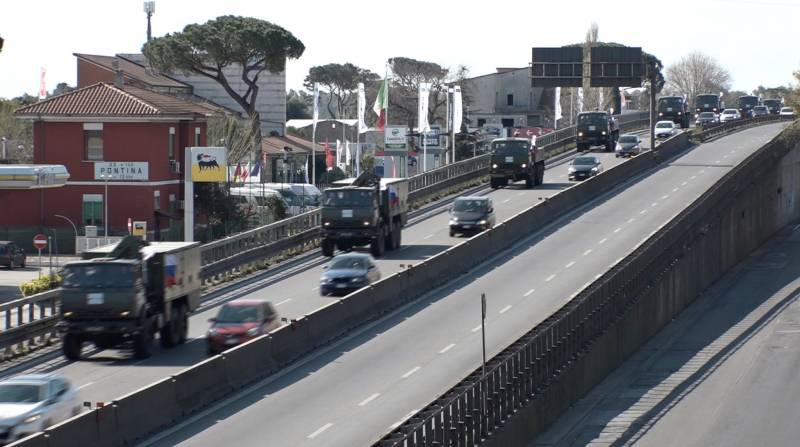 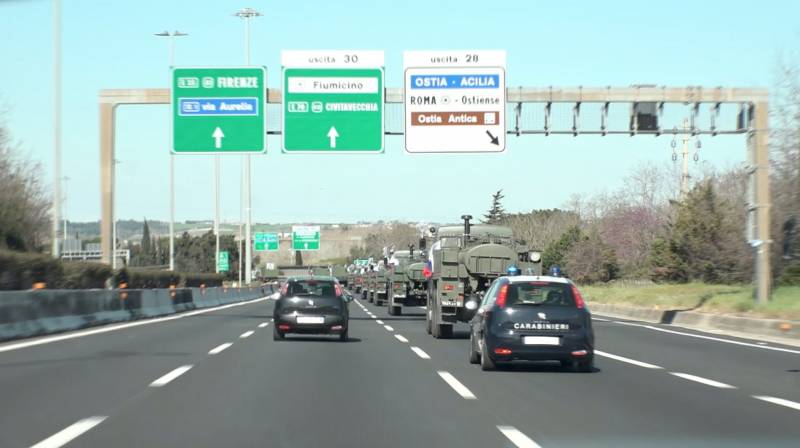 It should be noted that according to the statement of the Italian Civil Defense Service, as of the evening of March 24, 2020, 3612 cases of infection were detected in the country per day, 743 people died. The total number of infected is 69176 people, 6820 people died.

It was recently reported which technique loaded to the military transporters of the Russian Aerospace Forces before being sent to Italy met Russians
Ctrl Enter
Noticed oshЫbku Highlight text and press. Ctrl + Enter
We are
Mortality higher than 40 times: Rospotrebnadzor said the danger of COVID-19
In China, they are sure that they have found a way to treat coronavirus
Reporterin Yandex News
Read Reporterin Google News
Ad
The publication is looking for authors in the news and analytical departments. Requirements for applicants: literacy, responsibility, efficiency, inexhaustible creative energy, experience in copywriting or journalism, the ability to quickly analyze text and check facts, write concisely and interestingly on political and economic topics. The work is paid. Contact: [email protected]
13 comments
Information
Dear reader, to leave comments on the publication, you must to register.
I have an account? Sign in