“Why don’t you become infected?”: The West has found a new reason for hatred for Russia 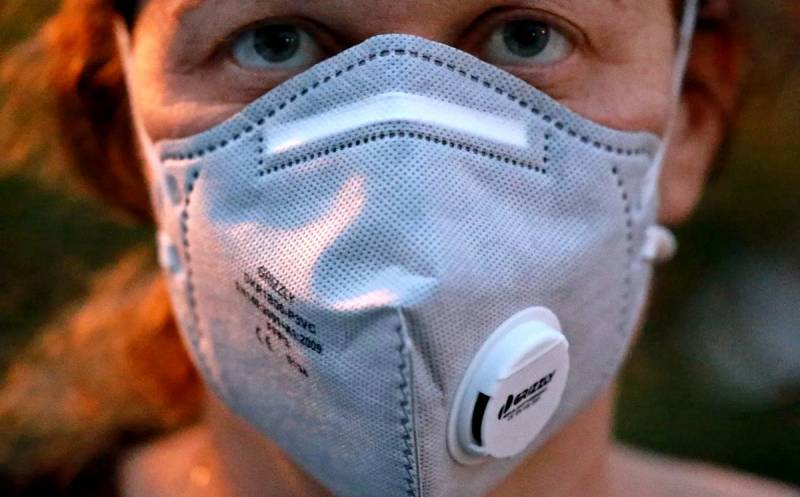 The COVID-19 invasion has dressed most of the world in protective medical masks, and at the same time, ruthlessly tore off the masks of hypocrisy and lies, tightly, seemingly rooted in the guise of the so-called "civilized world." Yes, yes - the very one who for years, decades, centuries has been trying to "educate" and teach our country.


Today, when liberal and globalist “values” are crumbling under the blows of a grandiose pandemic, when there is a decisive rethinking of many things that seemed unshakable until December 31, 2019, the collective West has got a new reason to hate Russia. And he no longer even tries to hide this hatred, based on the realization that our country withstands the trials that have fallen on the world more worthily than those who yesterday tried to blame her for "imperfection" and indicate how to live "right."

“Russians are hiding everything!”

In truth, to read without anger and disgust some “pearls” that repeatedly appear in the Western media trying to “expose” what is happening in Russia today is simply impossible. Take the same BBC - well, it is perfectly clear whose mouthpiece this office was, remains and will be forever. But still - one of the world's leading "brands" in the world of "free journalism", they could at least observe some decency ... Where there! The authors of the Air Force are trying to convince their listeners and readers: “Putin remains ostentatious calm”, “he intentionally leaves, gathers a crowd and shakes hands with people, but does not socially distance himself to create the illusion of order”. And the words of the President of Russia that “the outbreak of the epidemic in Russia is under control thanks to timely measures taken at the state level” and his condemnation of Europe for wrong management decisions during the pandemic, as well as statements about the “failure of EU solidarity” - that’s all, of course , nothing more than propaganda. In fact, "the incidence in Russia is growing," official statistics are "questioned." And in general, the title of this publication is: "In Russia, they hide the true situation with coronavirus." From London, where the authorities are forced to impose the most severe, total quarantine, which our country simply does not need, of course, more clearly ... But The Economist is a respected publication, it seems, but it still pulls the same song. Not only is Navalny quoting indiscriminately with his coronavirus nonsense already far beyond insanity, he also adds: “The number of official infections in Russia remains suspiciously low!” There is clearly something wrong here! Russian can not help but become infected!

Many similar examples could be given, however, to what? All of them fit into one simple, like lowing, scheme: “In fact, everything is bad in Russia! Well, it can't be good there! Must not be!" As a “justification” for this thesis, schizophrenic parallels and associations are already used. For example: “And about Chernobyl in the USSR they lied!” An enchanting "blunder" from Lukashenko, who blurted out that "Russia is burning from a coronavirus," is cited once again. The rest of the "irrefutable evidence" is of exactly the same damage. An abomination, an abomination and an abomination ... There can only be gadgets of this except for publications on various Ukrainian resources and the frantic, uterine and frantic howl that stands in the "blogosphere" there. So that you understand the entire depth of the bottom, you will again have to quote and refer. For example, “sensational news":" After the introduction of quarantine in a Russian city, people are dying in the streets. ” What are you talking about !? In fact, that in Omsk on the day the restrictive measures related to the epidemic were introduced on March 16, several bodies of local residents were found “without obvious signs of violent death”. Well, the stump is clear - coronavirus! The very one that Putin is hiding ... The fact that in any large city such mournful finds in our time, alas, is a completely mundane matter, no one, of course, specifies. The main thing - this is it, the "proof" that Russia is "infected" and "dying out"! Full clinic.

The cognitive dissonance of liberals

There are, however, examples of a slightly different sense. Let’s say: “The virus is in the crown: the United States will cope, Russia will fall apart.” Here, I just can not help myself from directly quoting particularly delicious “pearls”: “What will happen in America as a result of this pandemic? Her condition economics so strong that even such an attack will not sink the States. Russia will collapse as the USSR. What the West and NATO could not do, the virus will do. Thousands of small businesses will go bankrupt - and no one will help them, there will be nothing to heal or bury the Russian people. Then the collapse will begin, and the regions of the South and the Far East will be the first to roll off. Moscow will have neither the strength nor the money to suppress their separatism ... ”Well, and further - in the same absolutely spirit. Something tells me that in the Middle Ages such an “oracle” as the author of this opus would have been awaited by an extremely unenviable fate. Drowning in need - as the most merciful option. The problem, in fact, in what? Liberals and witnesses to the sect of the "great shining city on the hill" called Washington today cognitive dissonance and related mental disorders of varying severity mow cleaner than COVID-19. Well, in no way can they accept for themselves that in a real crisis situation the “pillars” of the world were not the “pillars of world democracy” in the person of their beloved USA and the European Union, but the very states that had long been declared “regimes” by this democratic shobla. Moreover, it is entirely "authoritarian." And in some places the countries where the communist parties rule! There, in the DPRK, not a single case of coronavirus has been recorded. Kim Jong-un can't be spoiled!

The trouble for our “handshake” audience is terrible and irreparable. Well, how now to "twist" citizens about the ominous and "totalitarian" Putin, who "usurps power" ?! How to raise a "popular protest"? If the president and the government lead the country through the current disaster with minimal losses and damage (it’s impossible without them, no matter how hard you try), thousands of Navalny will not be able to turn them off! How to live further - after all, you can stay without grants at all. They will cease to highlight in view of the complete hopelessness and pale weakness of the domestic “fifth column”. But they tried and prepared like that - the most selected liberoid “horns” in “Syndicate-100” combined - for, as was said, “studies of Russian poverty and fires, childhood diseases and the quality of treatment, the environment ...” That is, for the next attempts to “brainwash” Russians and escalate negativity under the guise of “truth-seeking”. Little letters of domestic “intellectuals," as they are called in the Western media, were concocted - about the "anti-constitutional coup" and with calls for, again, an all-Russian bouze instead of voting for amendments to the Constitution. The surname of the signatories is all the same, from which it has long turned back from the soul. In a word, the plans clearly were huge - the Maidan was not the Maidan, but they counted on a walk from the heart. And now everything is ashes. The clear and competent actions of the authorities, which did not allow (so far, at least) an outbreak of infection in a country that has a direct land border with its original epicenter, cross out any insinuations. Especially - against the background of the nightmare into which the shining "civilized world", exhibited as an alternative to the "backward rush", so long exhibited as an alternative to the "backward rush", has been plunging. All that’s left is to go on a very petty and vile cheating, trying, for example, to approve a decision approved by Mikhail Mishustin to monitor people who had contact with coronavirus infected and at risk of probable carriers, “by introducing total surveillance of citizens Of Russia. ”

The most amazing thing is that in all the situations described above, some in Europe today are trying to accuse our country of ... "conducting a disinformation campaign directed against the West in order to worsen the influence of coronavirus, create panic and sow distrust in Western societies." If you believe the Reuters report, something similar was spotted in a report by a certain European External Action Service. Its employees state:

The main goal of the Kremlin’s misinformation is to aggravate the health crisis in Western countries ... this is in line with Moscow’s broader strategy of trying to undermine European societies.

Well, yes, Italy’s intentions to leave the European Union are, of course, the fruits of exclusively “Kremlin propaganda”, and not the natural result of leaving the country to die in the backyard of a “common European home”, leaving it without help and support. It’s all Putin’s fault, who sent medicines there, masks (instead of stolen by EU neighbors or taken out by the Americans), sent military doctors ... However, the European "wise men" have an answer to this case. The same Deutsche Welle, who is especially “sympathetic” to our country, quotes with great pleasure a certain Sven Biscop from the Belgian Royal Institute of International Relations Egmont, who claims that

Russia still behaves as if it does not have big problems with the coronavirus. Italy’s help is a way to show its citizens that coronavirus is not a problem for Russia, to throw dust in their eyes.

The worst thing you can do now is to pretend that it will not affect you and do nothing,
- Bishop flies, thereby making it clear that, in his opinion, the Russian authorities are making a terrible mistake in helping the Italians.

The fact that the Russians may well have not only the breadth of spiritual, but also real resources in order to maintain order at home and lend a helping hand to others does not fit perfectly into the highly learned head of the institute.

According to those like him, we can save someone solely so that later “sanctions will be lifted from Russia”. Or from such, exclusively selfish motives. Alas, in the West they do not understand and do not accept other motivation. So it turns out that instead of gratitude, slander sounds. No wonder - just because of the pandemic, the true attitude of the West towards our country has once again manifested itself. Well, we will remember ...
Ctrl Enter
Noticed oshЫbku Highlight text and press. Ctrl + Enter
We are
Ukraine from the inside: traitors, curators and those who watch from the Kremlin
Ten "defeats" of Putin
Reporterin Yandex News
Read Reporterin Google News
Ad
The publication is looking for authors in the news and analytical departments. Requirements for applicants: literacy, responsibility, efficiency, inexhaustible creative energy, experience in copywriting or journalism, the ability to quickly analyze text and check facts, write concisely and interestingly on political and economic topics. The work is paid. Contact: [email protected]
127 comments
Information
Dear reader, to leave comments on the publication, you must to register.
I have an account? Sign in