Why you should not rely on hypersonic “Zircons” alone 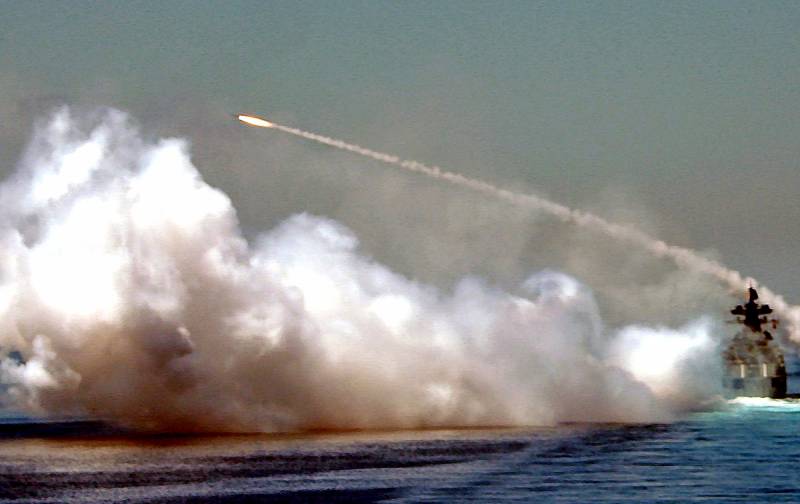 Today, Russia is considered a leader in the development of hypersonic weapons. Among what we have in hardware, we can single out the Zircon anti-ship missile, which is being successfully tested and should be put into service in the very near future.


But is it true that Zircon, with all its remarkable characteristics, is destined to become a real "storm of the seas"?

A lot is known about Zircon, but also not much at the same time. The flight range is from 400 to 600 kilometers, the weight of the warhead is from 300 to 400 kilograms. A missile is capable of hitting sea and land targets. Its main difference from existing analogues is its huge speed, reaching 8 Machs. It can be installed in the same launchers as the Caliber, as well as Onyx.

At the end of last year, Zircon successfully shot off from the frigate of Project 22350 Admiral Gorshkov. Next tests are scheduled for spring, and launches from submarines of the Northern Fleet are expected soon. In the Russian Navy, a hypersonic missile is expected in 2021-2022. It turns out that with the practically irresistible Zircon in service, will our warships become “rulers of the seas”?

Unfortunately, in practice, everything is somewhat more complicated. The missile is really very good, but the problem is that in the Russian fleet there are very few real carriers for it. Let's see where we really can launch these anti-ship missiles.

Among the carriers indicated, for example, the nuclear submarine of project 885 "Ash". Actually in the ranks of the Northern Fleet there is 1 SSRN “Severodvinsk”. 3 more are under construction: K-561 Kazan, K-573 Novosibirsk and K-571 Krasnoyarsk. In total, it is planned to build 1 Ash-tree and 8 nuclear-powered Ash-M submarines. The rest are waiting. Also, “Zircons” can be launched from the nuclear submarine of Project 949A code “Antei” (“killer aircraft carriers”), of which there are 8 in the ranks, 1 more is being completed.

Then they will be able to launch the Zircons heavy atomic missile cruisers of the Orlan project: Peter the Great and Admiral Nakhimov. Of these, only Peter the Great, the flagship of the Northern Fleet, is actually operational. “Admiral Nakhimov” has been under repair for 6 years already, the preliminary term for his return to service is 2022. This is at best, after his place in the dock will be taken by Peter the Great, who also needs repair and modernization.

We go further. Zircons may appear on promising Husky nuclear submarines developed to replace the aging Antei. That is, they are not yet available, now the stage of translating sketches into drawings is now. The first fifth-generation submarine is scheduled for launch only in 2027. Finally, the promising nuclear destroyer Leader, which they wanted to build from 8 to 20 pieces. The project was frozen this year.

That is, real carriers for “Zircons” can be counted on the fingers, and the emergence of new ones is a very short-term prospect. Then the logical question arises, how many hypersonic missiles in commodity quantities can our defense industry produce? And the last unpleasant question: will a potential adversary approach their range of impact to these few surface ships and a few submarines?
Ctrl Enter
Noticed oshЫbku Highlight text and press. Ctrl + Enter
We are
Putin's departure: how to prevent the collapse of Russia's foreign policy
Ten "defeats" of Putin
Reporterin Yandex News
Read Reporterin Google News
Ad
The publication is looking for authors in the news and analytical departments. Requirements for applicants: literacy, responsibility, efficiency, inexhaustible creative energy, experience in copywriting or journalism, the ability to quickly analyze text and check facts, write concisely and interestingly on political and economic topics. The work is paid. Contact: [email protected]
25 comments
Information
Dear reader, to leave comments on the publication, you must to register.
I have an account? Sign in