Is it possible to destroy the "Topol-M", as the Americans showed in the video 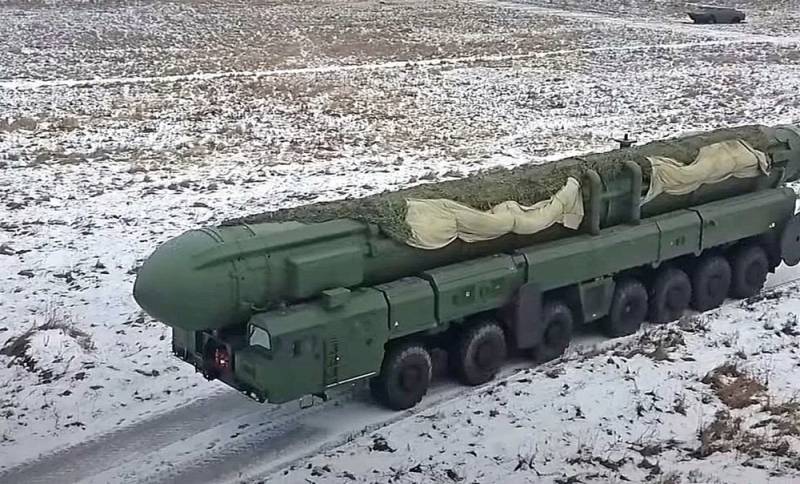 The USA declared war on Russia. "War of the cartoons", as it has been dubbed by domestic wit. President Putin began all this, “scaring” the West two years ago with a cartoon that demonstrated promising examples of Russian weapons.


And a few days ago we received a response from the United States from the leading military corporation Lockheed Martin, which caused a lot of irony. How should one relate to such a virtual confrontation?

In the aforementioned video, the US Air Force somehow finds itself in the airspace of the Russian Federation, where the Topol-M and S-400 systems are destroyed without noise and dust. The video caused the most controversial attitude.

“Topol-M” is a domestic strategic missile system equipped with ICBMs, the former base of the Strategic Missile Forces of the Russian Federation before moving to Yars. The S-400 is a modern long-range anti-aircraft missile system that plays a key role in the concept of the Ministry of Defense of the Russian Federation under the name of “access restriction zone”. In general, the swing at Lockheed Martin was not weak.

Viewers quite rightly pointed out the difficulty of realizing such a scenario in practice, since in order to destroy the Topol, which are on alert, the US Air Force will first have to overcome the Russian borders covered by the air defense system, the cover zones of the Ministry of Defense missile bases and then be within the range of the C- 400, which in the cartoon for some reason were menacingly silent.

In general, the criticism of the animated creations from Lockheed Martin is quite fair. However, there are several points in it, from which it is not at all laughable.


At first, from the video it becomes quite obvious that we are talking about a US preventive disarming strike against Russia. This is a direct declaration from a leading US military corporation, closely integrated with the Pentagon and Washington, about its readiness to be the first to start a nuclear war. Given the US nuclear potential, smiling and making fun of the "cartoon" does not pull at all.

Secondly, due to the perception of the Russian audience, her emphasis was somewhat shifted. The main thing in the video was not even the destruction of the S-400 and Topol-M, but those Technologywhich were demonstrated to their customers at Lockheed Martin. These are ISR & UAS technologies, which, in theory, should be used to break into enemy airspace.

ISR is a technology for collecting information, surveillance and intelligence. UAS (Unmanned Aircraft Systems) - uninhabited aviation systems in which the United States far overtook the Russian Federation. The Americans have three working UAVs at once: Wasp AE RQ-12A, RQ-11B Raven and Puma 3 AE. Combined, they, technologies, give the Pentagon a kind of cloud of military information over the battlefield. In modern combat, this gives a huge advantage to the US military.

Today, unmanned reconnaissance and strike aircraft is one of the most promising areas of military thought. It was the advertising of their achievements in this area that was actually dedicated to the video from Lockheed Martin. Take this as seriously as possible.
Ctrl Enter
Noticed oshЫbku Highlight text and press. Ctrl + Enter
We are
Thermonuclear Breakthrough: How Americans Tricked the World
Ballistic missile "Topol" will be forced to work in the West
Reporterin Yandex News
Read Reporterin Google News
6 comments
Information
Dear reader, to leave comments on the publication, you must sign in.