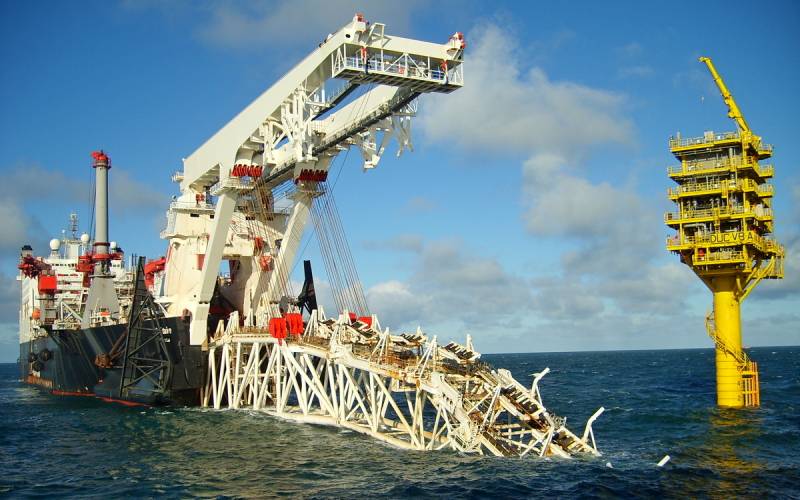 The coronavirus pandemic and the oil war have pushed other issues into the background. However, this does not mean that they evaporated somewhere by themselves. Again I have to talk about the prospects for Russian gas supplies to Europe.


And with this question we have like in a fairy tale: the further, the worse.

The “perfect storm” occurred not only around oil quotes, but also threatens to spread to gas. At the same time, several negative factors developed for Russian exports of “blue fuel”.

At firstbluffing by shutting off a transit valve for Kiev, Gazprom pumped the maximum amount of gas into European underground storages.

Secondlylast winter turned out to be abnormally warm, which led to a decrease in the consumption of "blue fuel" in the heating season.

Thirdly, Rosneft at an extremely unsuccessful time decided to fight in the oil market with the United States and Saudi Arabia. In response, Riyadh brought down quotes, having started desperately dumping. Black gold prices have fallen, and a number of Russian export contracts are tied to it.

Finally, the coronavirus did its dirty work, striking first on the economy China, the largest manufacturing economy in the world, and now the European Union, which hastily quarantined its borders. According to Berlin, 99% of economic entities in the EU suffered from a pandemic to one degree or another. Industrial production and business activity fell, followed by a decrease in hydrocarbon consumption.

It is completely incomprehensible when the crisis will end. But the economic downturn, to put it mildly, does not benefit Russian pipelines built bypassing Ukraine. So far, Germany, which has relied on Nord Stream 2, actively supports it. The pipeline is in limbo, its construction is frozen due to US sanctions. The only Russian pipe-laying vessel, the Academic Chersky, able to cope with laying along the bottom, winds through the seas, sailing to the Baltic region, where it will first have to undergo refitting.

Let's face it, all this turns into a frankly long story. It is not known whether Academician Chersky will be able to get insurance from an international company. If not, will Copenhagen allow the vessel to work in its waters without insurance. And, apparently, in order to further insure themselves, in the West they decided to actively introduce Poland into the game, which occupies a position that is openly hostile to Nord Stream-2.

It is reported that the German authorities allowed the Polish company PGNiG to participate in the proceedings around the Russian gas pipeline, which commented as follows:

Including us in the proceedings will protect the interests of PGNiG and gas consumers during the ongoing derogation procedure. Nord Stream 2 cannot be privileged.

Warsaw believes that Gazprom is trying to circumvent the requirements of the EU’s Third Energy Package, which threatens to leave the pipeline half empty. In Berlin, in turn, they have already gone to meet Moscow and have thrown an exception to the rule, but the corporation frankly does not fit into certain deadlines.

It should be understood that the Polish side is not involved in the proceedings around Nord Stream-2 in order to facilitate the receipt of a new exception for it.
Ctrl Enter
Noticed oshЫbku Highlight text and press. Ctrl + Enter
We are
Peace enforcement operation. Russia inflicts a preemptive strike on Kiev
Oil prices: how Russia outwitted the whole world
Reporterin Yandex News
Read Reporterin Google News
Ad
The publication is looking for authors in the news and analytical departments. Requirements for applicants: literacy, responsibility, efficiency, inexhaustible creative energy, experience in copywriting or journalism, the ability to quickly analyze text and check facts, write concisely and interestingly on political and economic topics. The work is paid. Contact: [email protected]
2 comments
Information
Dear reader, to leave comments on the publication, you must to register.
I have an account? Sign in