COVID-19 pandemic: a wave of nationalization may cover Western capitalists 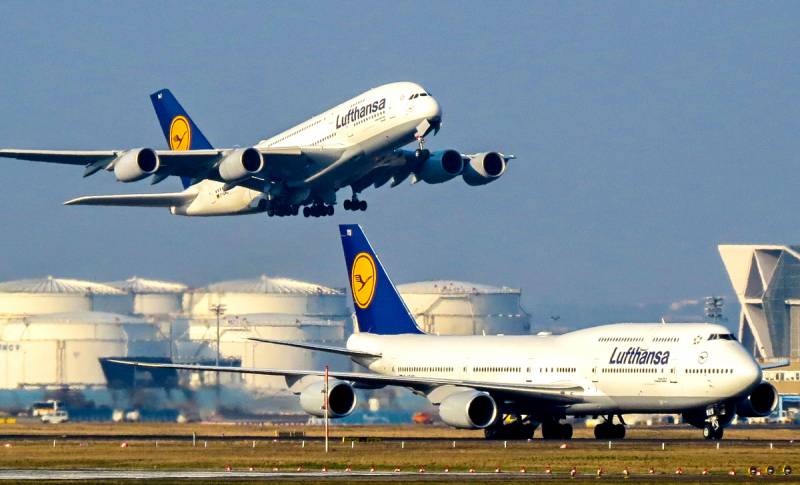 After COVID-19, the world will not be the same. A coronavirus pandemic not only kills thousands of lives, but also breaks down established stereotypes about international economics. Some couple of months of the crisis caused by the rapid spread of the disease, clearly showed that the "braces" of the liberal capitalist economy stopped working.


Private enterprise, which is supposedly always more efficient than the state, the “invisible hand of the market”, small business - all this was instantly covered with a copper basin. But will the right conclusions be drawn from this?

The pandemic has shown all the weaknesses of a globalized economy when everyone is totally dependent on each other. In China, due to quarantine for months, industrial enterprises were closed, the supply of which is expected abroad. The consumption of raw materials and energy carriers decreased, which hit their exporters, including Russia. Ford Motor, General Motors and Fiat Chrysler have closed their plants in the United States, Canada and Mexico, sending home one and a half hundred thousand workers. Toyota, Honda and Nissan followed suit.

Logically stopping assembly lines will hit thousands of enterprises manufacturing components for them. If a pandemic drags on over time, this can lead to the bankruptcy of many companies and the collapse of production chains. A huge number of specialists involved in the high-tech automotive industry risk losing their jobs.

And this is just one example. COVID-19 brought down the tourism and hotel business worldwide, questioned the existence of many transport companies engaged in passenger and freight transportation. A business focused on serving a large number of visitors, for example, cinemas, restaurants, cafes, shopping centers, is on the verge of ruin. So, on the eve of Germany recognized that 99% of small and medium enterprises of the European Union, that is, about 25 million business entities, suffered from the epidemic.

It is also significant that no one is going to save these “effective owners”. Judging by the statements of Berlin and Paris, only large corporations will receive financial support. German Minister of Economics Peter Altmayer a few days ago said:

We will not allow the bankruptcy of economically strong companies.

At the same time, the word "nationalization" was spoken for the first time, albeit with the proviso that it was "temporary." Soon, his French counterpart Bruno Le Mayor spoke in a similar way.

Let's face it, it even touches. Nationalization is the transfer of property from private to state through confiscation or requisition. All past decades, we have been taught from the West, and home-grown liberals assented them that the state is an inefficient owner, so we need to privatize everything as soon as possible so that everything flies.

And everything flies, while everything is fine. But at the first serious crisis, for some reason everything immediately streams in, and all “effective businessmen” run for salvation under the wing of the state. Moreover, only large companies will become supportive, in relation to which the “invisible hand of the market” will temporarily cease to act, and any “trifle” will have to be saved on its own.

What amounts are we talking about? In the United States, authorities plan to channel $ 850 billion into the fight against coronavirus, which will help businesses and the public. The European Union has increased financial assistance to 37 billion euros. Paris will allocate 45 billion euros to support the French economy, Finland - 15 billion. Poland at all 52 billion. As other countries say, Italy's worst-hit epidemic in Europe has already begun nationalization, starting with Alitalia and its healthcare sector. By the way, the nationalization of Lufthansa and SAS airlines are now discussed, respectively, in Germany and Sweden.

So it turns out that liberalism in the economy works, only so far so good, and when it gets bad, the state should bear the burden of costs of “effective owners” for the transitional period. Well, until things get better.

It is interesting to see which of the domestic oligarchs will be the first to come to the government for help and launch their hands in the NWF. In a good way, if the "business captains" can’t cope with it themselves, it would be nice to nationalize the assets that they once privatized as part of a free confiscation. But, knowing how everything is arranged with us, one can be sure that “nationalization” will mean the sale of assets that have become “toxic” to the state at a reasonable price.
Ctrl Enter
Noticed oshЫbku Highlight text and press. Ctrl + Enter
We are
Peace enforcement operation. Russia inflicts a preemptive strike on Kiev
“The dark August night came the one whom the Ukrainians were waiting with horror”
Reporterin Yandex News
Read Reporterin Google News
Ad
The publication is looking for authors in the news and analytical departments. Requirements for applicants: literacy, responsibility, efficiency, inexhaustible creative energy, experience in copywriting or journalism, the ability to quickly analyze text and check facts, write concisely and interestingly on political and economic topics. The work is paid. Contact: [email protected]
11 comments
Information
Dear reader, to leave comments on the publication, you must to register.
I have an account? Sign in