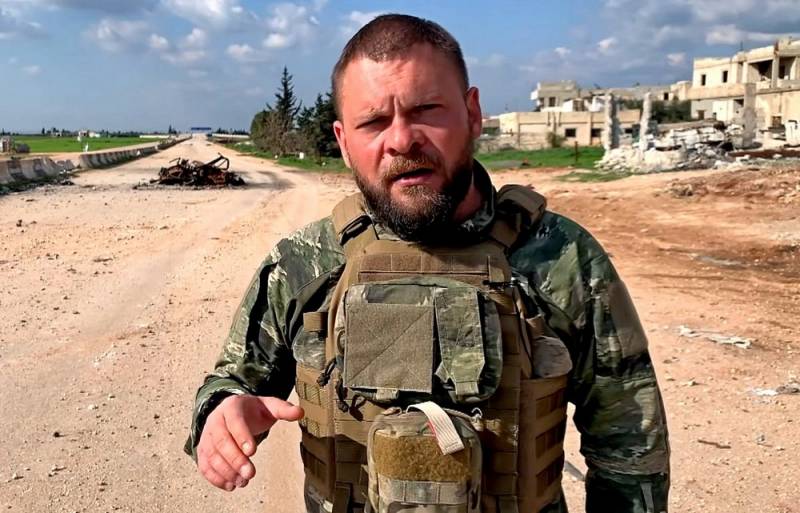 Yevgeny Poddubny, a Russian military journalist and head of the VGTRK bureau in the Middle East and North Africa, described the difficult situation of Turkey in supporting the militants in Idlib.


According to him, representatives of Qatar, with the direct assistance of Ankara, provide money to terrorist groups in Idlib, which allows the bandits to not lack shortage of manpower and weapons, as well as to appoint a reward for the heads of Russian military and journalists.

Accordingly, the rate is still being made on escalation
- the journalist noted.

According to Poddubny, the joint patrolling of Russian and Turkish military personnel in Idlib is an indicator of how much the Turkish side is ready to fulfill the agreement with Moscow.

The journalist noted that over the past week not a single joint patrol took place, since the Turkish command was unable to guarantee the safety of the patrol, and residents of Ankara-controlled territories established barriers on the road.

It is not yet clear whether the barriers will remain on the road or not. In addition, threats continue to be made against Russian troops
- emphasized Poddubny.

He also said that behind the detonation of the Turkish military convoy on the Latakia-Aleppo highway, during which two soldiers were killed, there is a group of ethnic Chechens with extensive combat experience. She is not controlled by Ankara.

Thus, Poddubny sums up, now there comes a moment that will determine the further development of the situation in the de-escalation zone and in Syria as a whole.

Ctrl Enter
Noticed oshЫbku Highlight text and press. Ctrl + Enter
We are
The militants dug a huge moat in the middle of the M4 highway to disrupt patrols.
A reward for the killing of Russian journalists Poddubny and Blokhin announced in Syria
Reporterin Yandex News
Read Reporterin Google News
Ad
The publication is looking for authors in the news and analytical departments. Requirements for applicants: literacy, responsibility, efficiency, inexhaustible creative energy, experience in copywriting or journalism, the ability to quickly analyze text and check facts, write concisely and interestingly on political and economic topics. The work is paid. Contact: [email protected]
8 comments
Information
Dear reader, to leave comments on the publication, you must to register.
I have an account? Sign in