Poles are trying in vain to encroach on Kaliningrad 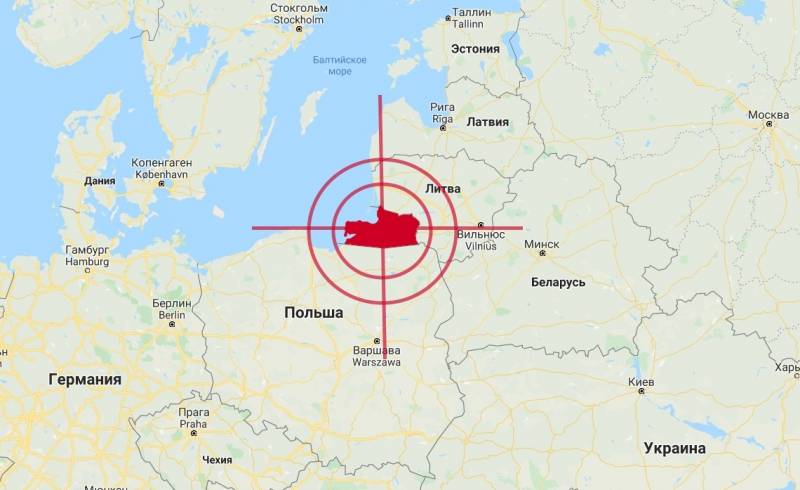 On the eve of Kaliningrad again came to the attention of the media. The press and social networks are actively discussing the comments of Polish readers of the popular Gazeta Wyborcza, who put forward the idea of ​​joining this Russian region to Poland, taking advantage of the situation with the coronavirus epidemic.


Immediately make a reservation that it was about private opinions, official Warsaw did not say anything like that. Nevertheless, we will try to find some rational grain in these arguments of the Poles.

As you know, the Kaliningrad region became part of the USSR following the results of the Second World War. Then, a third of the former East Prussia, which was part of the Third Reich, and two-thirds to Poland, went to our country. After the collapse of the Soviet Union, this westernmost region of the Russian Federation remained isolated, sandwiched between Lithuania and Poland.

Today, Kaliningrad is potential number one target for NATO, since the naval base of the Baltic Fleet of the Russian Federation is deployed there, the whole of Europe can be shot from its territory with missiles. Any war between the Alliance and Russia will begin with the elimination of this rear threat. NATO military exercises are constantly taking place in the Baltic region, clearly aimed at preparing for the blockade and capture of this exclave.

Let's return to the topic of the article. One of the readers of the Polish publication under the nickname Harles wrote:

You can always arrange a referendum, suddenly the inhabitants want to join Poland. I wonder what Putin would do if he suddenly found Polish green men on the approaches to Kaliningrad.
What can be said about this.

On the one hand, the “annexation” of Kaliningrad by force is an extremely bad idea, as other commentators rightly pointed out, and also reacted to the Federation Council of the Russian Federation. Russia is vitally interested in maintaining control over this region, so it will be forced to respond proportionally. All the forces of the Western Military District, Iskander, Torah and S-400 systems will provide cover for Kaliningrad, while the army will penetrate the Suvalki corridor from the territory of Belarus. In other words, a military solution is something that can be discussed and portrayed, but it’s better for everyone to leave it only in the field of the possible.

On the other hand, it is alarming that the Poles were discussing not so much a military takeover as “returning to their native harbor”, by conditional analogy with the Crimea. It was a question of holding a referendum in which the residents of Kaliningrad themselves could express a desire to become part of Poland. This is associated with the "deprivation" of Kaliningraders caused by food blockade due to coronavirus. This changes things a bit and makes us take a fresh look at the numerous Polish NGOs operating on the territory of the exclave.

True, there is an important nuance. Why are some people in Poland sure that Kaliningrad wants to become part of this country, of which it has never been a part?

Rather, theoretically speaking, some claims could be made by the Germans, but it is not clear why the Poles are thinking about this. If Polish citizens dream of restoring the former greatness of the Commonwealth, then they should start with simpler goals and turn their attention to Western Ukraine, Belarus and Lithuania, which are weaker than Russia and experience much greater problems with the economy.
Ctrl Enter
Noticed oshЫbku Highlight text and press. Ctrl + Enter
We are
Ukraine from the inside: traitors, curators and those who watch from the Kremlin
Ten "defeats" of Putin
Reporterin Yandex News
Read Reporterin Google News
10 comments
Information
Dear reader, to leave comments on the publication, you must sign in.