Serbian media: The tandem of Ka-31R and Zirconov will strengthen Russia's power in the Black Sea 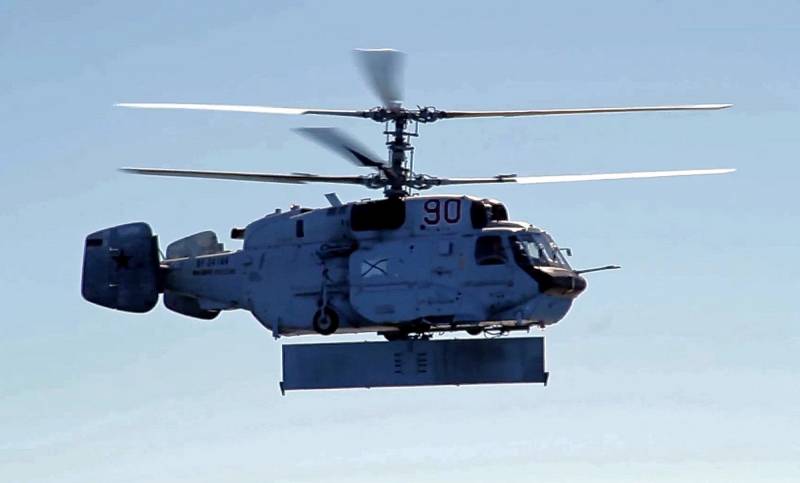 Strengthening the capabilities of the Russian Black Sea Fleet in detecting surface and air targets was the subject of material published by the Serbian media.


The MARS-online portal reports that the armament of the 318th mixed aviation regiment, based near Sevastopol, received a special Ka-31R helicopter equipped with the latest radar system.

All information received by the complex will be automatically transmitted to naval and ground units, in the arsenal of which the Zircon missile will soon appear.


The author of the material notes that the Ka-31R have a direct connection with the Bastion coastal missile systems located in the Crimea and armed with Onyx anti-ship missiles.

At the end of the material, he concludes that thanks to the powerful radar and reliable helicopter that carries it, the Russian military can now further strengthen its “long-distance” control when it comes to the waters of the Black Sea and the airspace above it.
Ctrl Enter
Noticed oshЫbku Highlight text and press. Ctrl + Enter
We are
The “newest” Mi-38 helicopter: is it a failure?
Refusal from Ukrainian missiles makes Sea Launch pointless
Reporterin Yandex News
Read Reporterin Google News
Ad
The publication is looking for authors in the news and analytical departments. Requirements for applicants: literacy, responsibility, efficiency, inexhaustible creative energy, experience in copywriting or journalism, the ability to quickly analyze text and check facts, write concisely and interestingly on political and economic topics. The work is paid. Contact: [email protected]cor.ru
1 comment
Information
Dear reader, to leave comments on the publication, you must to register.
I have an account? Sign in