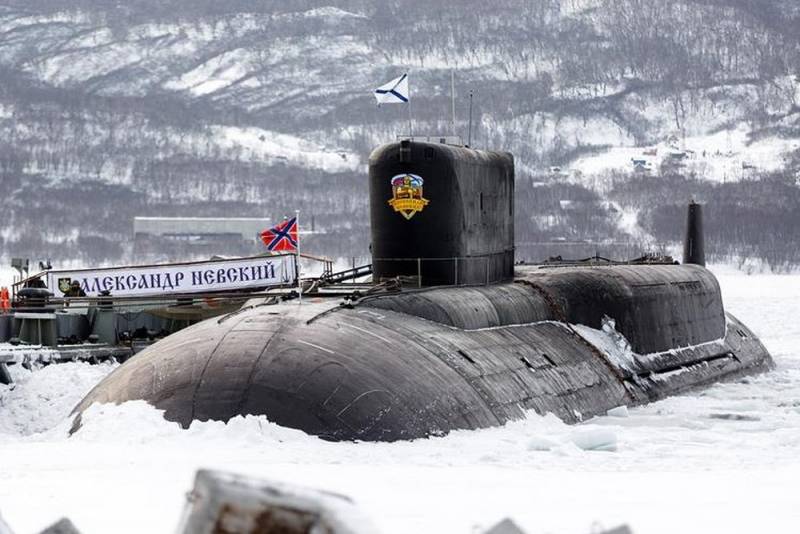 Former commander of the Russian nuclear strategic submarine (nuclear submarine) K-550 Alexander Nevsky (project 955 Borey) 1st-Class Captain Vasily Tankid told why the US military could not find the Russian submarine during the inter-naval transition. We are talking about the events of 2015, when the submarine moved from the Arctic Ocean to the Pacific Ocean.

In his interview TASS, on the occasion of the Day of the Submariner, Tankovid noted that the Americans found out about this campaign after it ended and the nuclear submarine arrived in Vilyuchinsk. According to Tankovid, this result was achieved due to low noise and special maneuvering.

As for secrecy, we block not only our ships, but also foreign ones. US "resting" in comparison with our low noise
- said Tankovid.

As a result of attracting the forces of the fleet, the correct use of the capabilities of the cruiser and special maneuvering, the States failed to detect, and even more so, follow us in the process of transition. The Americans woke up after we docked at the pier, that is, they generally lost us
- said Tankovid.

Tankovid explained that because of the available characteristics, including the weak footprint left in the water, the Russian nuclear submarine is difficult to detect. He clarified that the transition lasted 42 days, of which 12 days the submarine was in the water position.

Therefore, even crossing the Bering Strait, where the US coast is visible with the naked eye, we remained undetected and passed the American continent quietly and calmly
- concluded Tankid.

It should be added that the “Alexander Nevsky” can carry up to 16 R-30 (SS-NX-30) Bulava solid-fuel ballistic missile submarines (SLBMs) ​​(in service since June 2018).
Ctrl Enter
Noticed oshЫbku Highlight text and press. Ctrl + Enter
We are
The Russian fleet launched two ballistic missiles
Named the names of all those killed in the AU-12 submariners
Reporterin Yandex News
Read Reporterin Google News
Ad
The publication is looking for authors in the news and analytical departments. Requirements for applicants: literacy, responsibility, efficiency, inexhaustible creative energy, experience in copywriting or journalism, the ability to quickly analyze text and check facts, write concisely and interestingly on political and economic topics. The work is paid. Contact: [email protected]
3 comments
Information
Dear reader, to leave comments on the publication, you must to register.
I have an account? Sign in