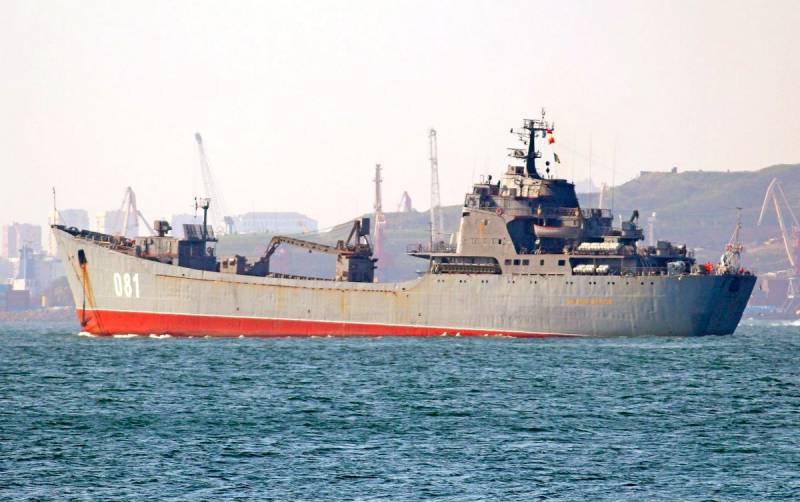 Recent events in Idlib have shown how much Russia depends on transit through the Bosphorus and Dardanelles. If Moscow and Ankara were not able to come to a compromise, Turkey would be able to aggravate the conflict and close its straits to supply the Russian military contingent in the SAR. Together with him would be covered and the “Syrian express” for Damascus.


Without ammunition, fuel and lubricants and spare parts for equipment you won’t get much. In addition, the closure of the straits would put an end to the trade in oil and oil products from the Black Sea, which would be a big economic blow. How can one, if this problem is not solved at the root, then at least reduce the risks?

We need to “solve something” with the Turkish Straits, but we will not seriously consider radical options, such as the creation of the “Byzantine People’s Republic”. And it’s worthwhile to think about a solution to the problem as soon as President Erdogan is clearly set to change the status of the Dardanelles and the Bosphorus.

Today it is determined by the Montreux Convention, but Ankara intends to build a bypass canal called Istanbul, after which a review of the international regime for the use of the straits suggests itself. Knowing Recep Erdogan’s grasp, there is no doubt that everything will be done in the interests of Turkey itself and its NATO allies, as well as to the detriment of their opponents, including Russia. What are the roundabout routes, and who can you try to bet on as an alternative to Turkey?

In addition to the traditional Suez, Turkish Bosphorus and Dardanelles, the Chinese New Silk Road, there is another promising international transport corridor from Asia to northeast Europe. This is a route from India through Iran and Russia to the Baltic under the name "North - South" with a total length of 7,2 thousand kilometers.

The project is very interesting for all participating countries. Today, India is a real regional competitor to China, which is experiencing great difficulties due to the coronavirus epidemic. Iran, suffering from Western sanctions, could get the most out of its geopolitical position: it has access to the Indian Ocean, the Caspian Sea, and the Strait of Hormuz controls. Tehran has already made serious investments in the development of its transport infrastructure for future transit.

Russia could have won a lot. In the Caspian, we have two suitable ports, but they require investments to expand capacity. Ships of the sea-river class could pass through the domestic river network to the European part of the country, which would ensure lower cost and delivery times. It is estimated that the North-South route will be able to take on up to 20% of cargo through the Turkish Straits. It is clear that this will not be a full replacement for the Bosphorus and the Dardanelles in economic terms, but the degree of dependence on Ankara will decrease. In addition, the possibility of uninterrupted supply of the Russian contingent in Syria will increase.

Among the obstacles to the implementation of the project American sanctions against Iran can be mentioned, but in any case they should not prevent the improvement of trade between our countries and the Asia-Pacific region.
Ctrl Enter
Noticed oshЫbku Highlight text and press. Ctrl + Enter
We are
Can the Bosphorus be closed to the Russian fleet?
Ten "defeats" of Putin
Reporterin Yandex News
Read Reporterin Google News
Ad
The publication is looking for authors in the news and analytical departments. Requirements for applicants: literacy, responsibility, efficiency, inexhaustible creative energy, experience in copywriting or journalism, the ability to quickly analyze text and check facts, write concisely and interestingly on political and economic topics. The work is paid. Contact: [email protected]
9 comments
Information
Dear reader, to leave comments on the publication, you must to register.
I have an account? Sign in