In Samara, began assembling parts for the superheavy rocket "Yenisei" 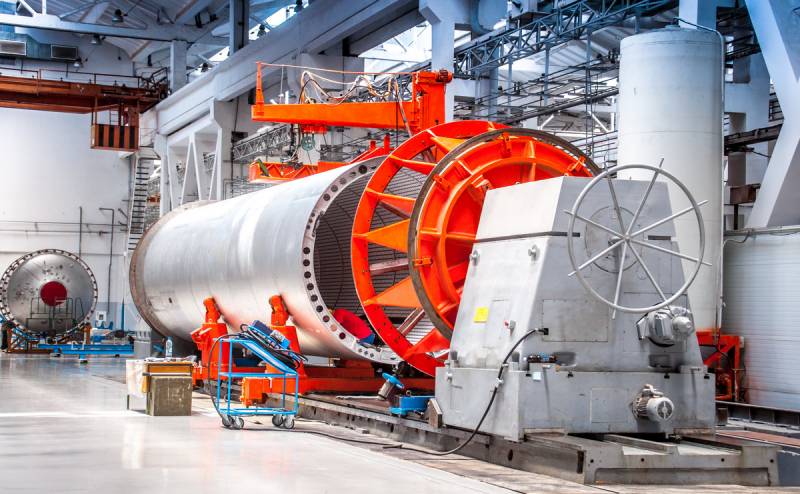 Samara RCC "Progress" began to manufacture components for the future domestic superheavy rocket "Yenisei". This was announced on the eve of the head of Roskosmos Dmitry Rogozin on his Twitter page.


The functionary said that at the moment the shells for the fuel tanks of the Soyuz-5 launch vehicle and some other elements that are part of the design of the universal modules of the future "super-tension" are already ready. In his message, Rogozin also published a photo of the inter-tank compartments for the first stage of the Soyuz-5, which should pass fire, dynamic and static tests in the near future.

Recall that the promising Yenisei carrier will be assembled from separate modules according to the principle of a technological designer. The first stage of the "super-thrust" will consist of five to six corresponding stages of the Soyuz-5 medium-range rocket.

The first launch of the Yenisei is due to take place in 2028 from the Vostochny Cosmodrome. According to the design documentation, the rocket will be able to deliver about 80 tons of payload to near Earth and up to 20 tons to the lunar polar orbit. In the future, it is planned to use superheavy spacecraft for flights into deep space, in particular, for the development of our natural satellite.
Ctrl Enter
Noticed oshЫbku Highlight text and press. Ctrl + Enter
We are
Quiet Don: What is heard about the most powerful rocket in Russian history
Trillion "Baby": Why Russia needs a super-heavy Yenisei rocket
Reporterin Yandex News
Read Reporterin Google News
Ad
The publication is looking for authors in the news and analytical departments. Requirements for applicants: literacy, responsibility, efficiency, inexhaustible creative energy, experience in copywriting or journalism, the ability to quickly analyze text and check facts, write concisely and interestingly on political and economic topics. The work is paid. Contact: [email protected]
3 comments
Information
Dear reader, to leave comments on the publication, you must to register.
I have an account? Sign in