The fall of the ruble: the coming years for Russia will be very difficult 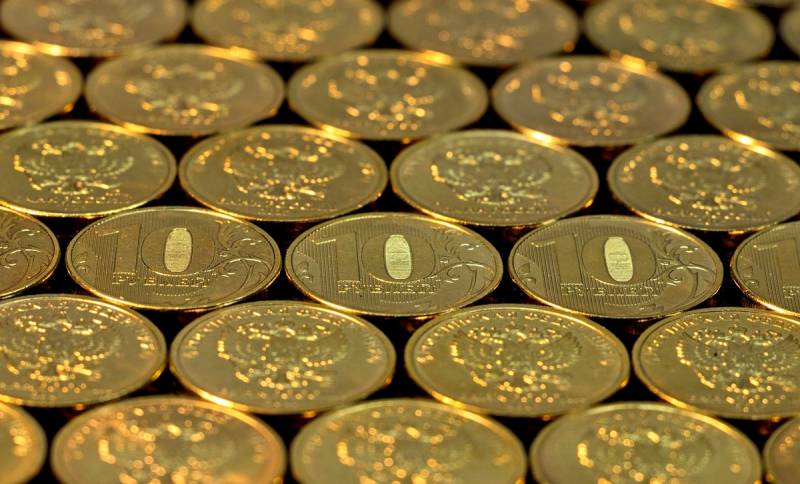 At the end of February, “Reporter” came out publication with the title "Why the ruble remains stable no matter what." Yes, our national currency stayed crisp against the renminbi or Turkish lira. Everything changed already on "black Monday" on March 9th.

In the article mentioned above, we cited the main factors that influenced until recently the stability of the Russian currency. Chief among them were high oil prices: at that time a barrel was worth $ 59,3 per barrel. Well, one cannot help it, so as not to quote the comment of one regular reader of the "Reporter", the all-knowing "network expert" under the nickname "123":

If I’m not mistaken in the exact amount, everything above 40 dollars automatically goes into the “capsule”, this has not affected the ruble exchange rate for a long time, from the word at all.

Our loyal reader was mistaken; the connection between “black gold” and the ruble exchange rate is the most direct. Due to the outbreak of the “oil war”, the price of a barrel dipped yesterday to $ 28, and then to $ 26. Thus, a 17-year-old anti-record was repeated. A pair of euro-dollar instantly soared in price. But why did this happen, contrary to "expert opinion"?

In that February publication, we outlined the conditions under which the ruble exchange rate could give weakness. Among them were the Chinese coronavirus, which hit the economy Celestial from the inside, as well as a decrease in demand for oil and its cheapening. In general, we have to admit that all this came true. The only thing that was not taken into account then was that the Rosneft leadership decided to play a trade war with the USA and Saudi Arabia, having arranged a real crisis at the wrong time. Well, who could have known what might come to their mind?

As a result, we have an "American" at a price of 80 rubles instead of 70-71 according to the then most negative forecasts. Now its cost artificially lowers to the level of 77 rubles. The Central Bank of the Russian Federation by large-scale currency sales. What for? Well, it’s clear that the Russians went in April and voted for amendments to the Constitution that would “nullify” President Putin and allow his faithful management team to engage in his two more terms. After the plebiscite, it is likely that the ruble will be lowered into free fall.

The coming years will be very difficult for Russia. Amid the coronavirus epidemic, business activity is declining in the world's main manufacturing economy, China, on which the federal budget is seriously dependent on trade. Saudi Arabia continues dumping, promising to pour even more oil on the world market, having launched competitors around the world. Analysts at Bloomberg threaten the cost of a dollar for 100 rubles. Obviously, the head of Sberbank German Gref is tied to the same “switch”, because in his forecast he calls similar figures: dollar - 100, oil -20.

Different assessments are made of when the next bottom will be broken and recovery will begin. Some experts say that by May the situation will be reversed. Others believe that what is happening is very similar to the beginning of a new "Great Depression."
Ctrl Enter
Noticed oshЫbku Highlight text and press. Ctrl + Enter
We are
Peace enforcement operation. Russia inflicts a preemptive strike on Kiev
“The dark August night came the one whom the Ukrainians were waiting with horror”
Reporterin Yandex News
Read Reporterin Google News
Ad
The publication is looking for authors in the news and analytical departments. Requirements for applicants: literacy, responsibility, efficiency, inexhaustible creative energy, experience in copywriting or journalism, the ability to quickly analyze text and check facts, write concisely and interestingly on political and economic topics. The work is paid. Contact: [email protected]
8 comments
Information
Dear reader, to leave comments on the publication, you must to register.
I have an account? Sign in