Norwegian F-35s against Russian MiG-31s: in a real battle, the victory would have been ours 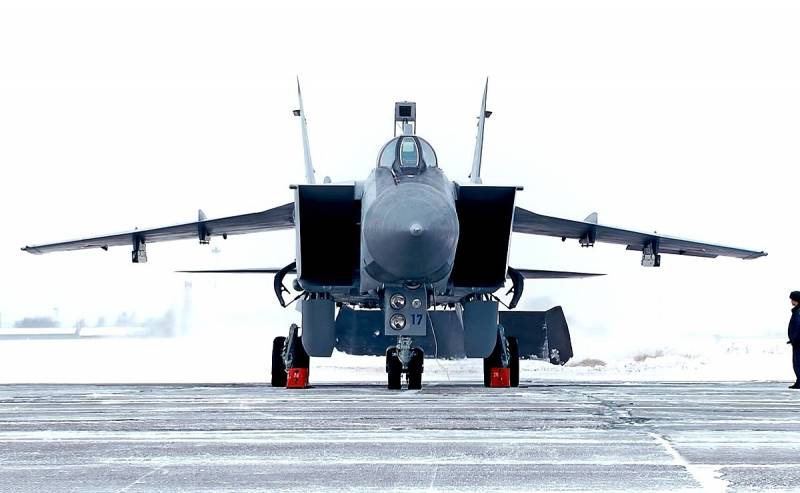 In the camp of NATO, they are celebrating a victory over Russia, although for now, a virtual one. The Royal Norwegian Air Force announced a “historical event” with pathos: the fifth-generation fighter F-35 Lightning II were able to secretly fly three Russian aircraft, the Tu-142 and the MiG-31 fighter, and then accompany them.


How should you relate to this message?

First, a few words about the characters. Tu-142 is a Russian long-range anti-submarine aircraft. MiG-31 is a fourth generation long-range supersonic fighter-interceptor. And, finally, the main character of the plot is F-35 Lightning II, an inconspicuous fifth-generation fighter-bomber made in America.

Oslo attributes the increase in his defense capability to his appearance in the Norwegian Air Force, judging by the statement of the representative of the country's Ministry of Defense:

Now our Air Force can respond to emergency situations. This shows that we have taken serious and important steps towards obtaining operational benefits from the F-35.
So, the fifth-generation aircraft “outplayed” the fourth-generation aircraft, which is a reason for pride. This is how to be proud of the victory of the "terminator" T-1000 over the T-800. By the way, in that old film it didn’t work out either.

Studying the circumstances of the “historical event” also suggests that everything was not so unambiguous in one gate. F-35 Lightning II turned out to be an expensive car and with a huge number of problems. The specialized American publication Defense News noted that as of 2018, 111 shortcomings of the first category were identified in the fifth-generation aircraft. Subsequently, their number decreased to 63, and then to 13 as of 2019.

Despite assurances from the Pentagon that these problems are not dangerous to pilots, Defense News analysts disagree. Another publication, Business Insider, talks about 883 design flaws. Among them are the possibility of structural damage to the stealth coating at high speeds, increased turbulence and some “squinting” of the airborne gun. Add to this the high cost and complexity of aircraft maintenance. It is estimated that an hour of flight of the F-35 Lightning costs taxpayers $ 24 thousand.

All of these problems are across the throat of the manufacturer of Lockheed Martin Corporation and its customers. Nevertheless, Washington continues to palm out problematic, but very expensive planes to its NATO allies. For example, Norway ordered 52 such winged cars, receiving really 15. What does the manufacturer need to improve sales?

That's right, advertising, and preferably from an uninterested party. The main thing is that nothing breaks. And then it turns out that the American AWACS aircraft helped the Norwegians to "take advantage" of the Russian planes. And so it turns out the plot of the "historical event." 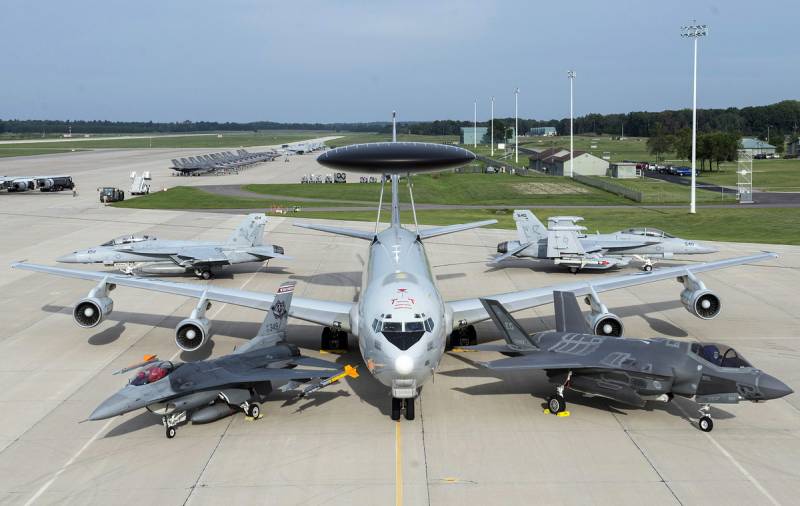 Aircraft AWACS Boeing E-3 Sentry, as well as fighters F-16, F-35 and F / A-18. Photo: Air Education and Training Command
The western f-16.net forum has long been discussing the problems of the F-35 Lightning II. The local professional audience came to the curious conclusion that without support from AWACS, American aircraft would not have a chance against an equal number of Russian MiG-31s. We will not even touch on the speed characteristics in which our plane simply surpasses the "American" by head. Of course, situations are different in a war, but forum users believe that if the Russians first hit an electronic reconnaissance and tracking plane (one of the MiG-31's destinations), then the F-35 pilots will instantly be “blinded” and will be forced to retreat.
Ctrl Enter
Noticed oshЫbku Highlight text and press. Ctrl + Enter
We are
“Killer Aircraft”: the failure of the Boeing 737 Max and its consequences for Russia
Flying will be worse: TOP 5 airliners of the future
Reporterin Yandex News
Read Reporterin Google News
Ad
We are open to cooperation with authors in the news and analytical departments. A prerequisite is the ability to quickly analyze the text and check the facts, to write concisely and interestingly on political and economic topics. We offer flexible working hours and regular payments. Please send your responses with examples of work to [email protected]
22 comments
Information
Dear reader, to leave comments on the publication, you must sign in.