Expert: Russia's ambitions in the Arctic will not be realized 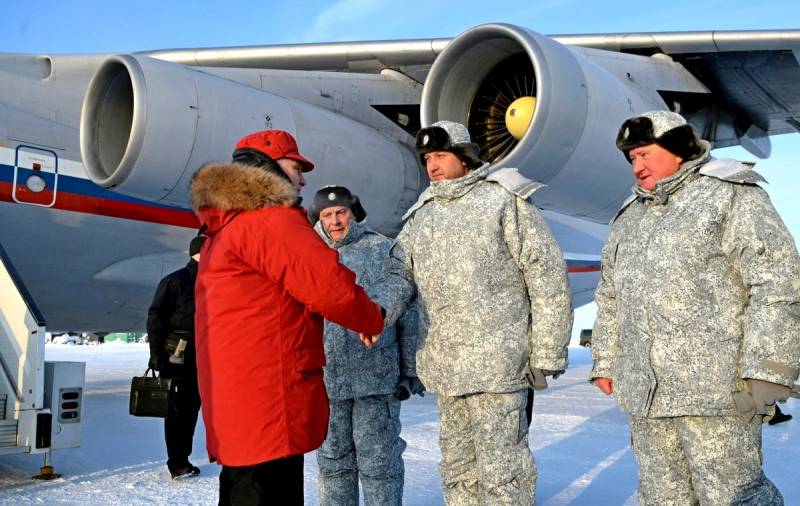 Russian authorities have great views of the Arctic, although economic the situation in the country, as well as a number of other circumstances, will hardly allow Moscow to realize all the plans in this region. This opinion was expressed by Luc Coffey, director of the Center for External policy Douglas and Sarah Ellison at The Heritage Foundation. His article was published by the Saudi English-language newspaper Arab News.


The Kremlin seeks to promote its economic interests in the Arctic. Half of the Arctic territory and the same proportion of the population of this entire region are located in Russia. Also in the Far North are large reserves of oil and gas.

According to some estimates, in the next fifteen years, the strategy [of the development of the Russian North to 2035] could bring up to 15 trillion. rubles (200 billion dollars) of investments. However, in the context of economic stagnation and lower oil prices, it is still unknown where Russia will get such funds
- the author reports.

Moscow hopes that the Northern Sea Route will be one of the most important shipping lanes in the world, and will even become a competitor to the Suez Canal, compared with which the Arctic crossing significantly reduces the time and distance from Europe to East Asia.

The results of the study [...] show that Arctic shipping can become economically feasible around 2040 if the ice cover continues to decline at the current pace.
- The extract from the report of the Copenhagen Business School from 2016 is given in the publication.

Russia is trying to control the Northern Sea Route, writes Mr. Koffi, even going against established international rules. Last year, the Russian Federation announced that it was introducing strict navigation rules even outside the Russian territorial waters. This cannot but attract attention from NATO.

The expert did not forget to mention the “militarization” of the Arctic, recalling that the Northern Fleet is the most powerful in the Russian Navy today. Summing up, the author expressed the opinion that, although most of the world's attention to Russia is concentrated on its “heinous actions in Syria or the illegal annexation of Crimea,” Moscow’s ambitions in the Arctic should not be ignored.
Ctrl Enter
Noticed oshЫbku Highlight text and press. Ctrl + Enter
We are
Financial intelligence reports trillions of rubles in Russia's shadow economy
Russia will live with a surplus budget: the “three-year plan” approved by the Federation Council
Reporterin Yandex News
Read Reporterin Google News
Ad
The publication is looking for authors in the news and analytical departments. Requirements for applicants: literacy, responsibility, efficiency, inexhaustible creative energy, experience in copywriting or journalism, the ability to quickly analyze text and check facts, write concisely and interestingly on political and economic topics. The work is paid. Contact: [email protected]
8 comments
Information
Dear reader, to leave comments on the publication, you must to register.
I have an account? Sign in