Why Russia needs to reduce dependence on China 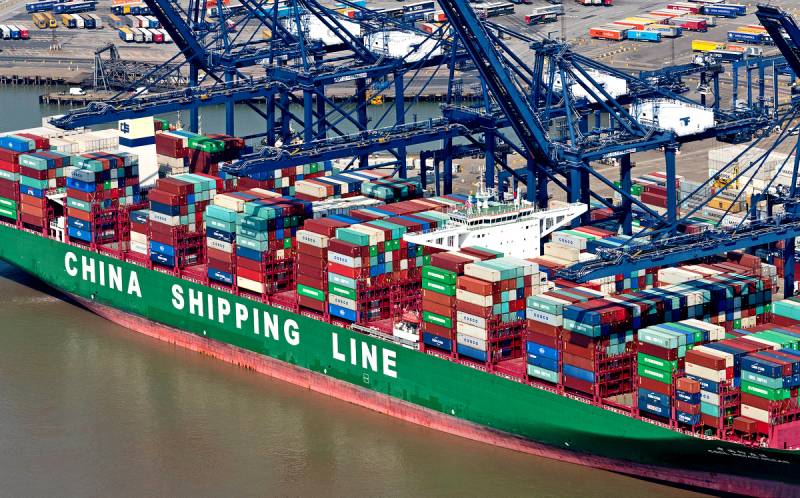 The coronavirus epidemic, which appeared in China, raised a lot of unpleasant questions. It remains to be seen whether it was of natural origin or man-made, survive the pandemic in general quarantine and develop a vaccine. And you still have to answer the question whether after the victory over COVID-19 the world economy still live?


Coincidence or not, but the virus hit the very heart of the PRC, this “world workshop”, on the well-being of which almost all countries without exception directly depend, including Russia.

The epidemic and forced months-long quarantine caused enormous damage to industrial production and exports from China. In just the first two months of 2020, indicators of exports to our country from the PRC in value terms fell by 29,3%, while Russian exports to China also fell by 13,8%. The fall is very serious, given that the crisis is far from over.

There is something to think about, since Chinese goods for Russia are not only “consumer goods”: clothes, toys, electronics and household appliances technique. Domestic enterprises of machine building, pharmaceuticals, construction and other industries are critically dependent on the supply of components and other materials from China. For example, the Russian KAMAZ recently warned of a possible decrease in production due to a shortage of Chinese auto components.

Yes, what is "consumer goods", Russia also depends on the supply of Chinese food. In particular, in the Far East since the beginning of the year, there has been a sharp jump in prices for a number of food products from China in stores against the backdrop of the coronavirus epidemic. Due to the restriction of movement across the border, a shortage of fresh fruits and vegetables formed, and the owners of outlets immediately raised prices for them, which led to massive complaints from the population to the FAS authorities. Suddenly it turned out that the whole huge region of our country depends on Chinese tomatoes, cucumbers, potatoes, cabbage, carrots, garlic, onions, beets, and also fish.

Problems also appeared among Russian exporters of natural resources, primarily hydrocarbons. Beijing announced the suspension of natural gas imports. Exporters of metals, coal and wood also have a headache. The stocks of raw materials available in China at the beginning of the epidemic and quarantine were not used up, which means that it will be necessary to sell new lots at a huge discount, which can reach 30-40%.

Encouraging start to come from china news. The PRC State Committee for Development and Reform reports that over 90% of large industrial enterprises have restored their production. The volumes of indicators reach 90% of last year's level. The Chinese statistics never caused much confidence, but it is partially confirmed by the American agency Bloomberg, which names the figures at 80-85% of the previous production capacity. International transport and logistics companies report an increase in traffic, the movement of goods in both directions resumes: from Asia to Europe and vice versa.

It turns out that the bottom of the crisis has been broken, and a gradual recovery has begun? It may be so. But it’s time to wonder how similar dependence of all countries, and Russia in particular, on China, corresponds to the interests of national security? Is it time to draw some strategic conclusions and increase the level of self-sufficiency, as well as reduce the dependence of the budget on the export of hydrocarbons and other raw materials, which is in the PRC and the West?

Or just shake off and continue to live the old way, until the next crisis?
Ctrl Enter
Noticed oshЫbku Highlight text and press. Ctrl + Enter
We are
What has changed the coronavirus in the world or the non-medical results of the pandemic
Peace enforcement operation. Russia inflicts a preemptive strike on Kiev
Reporterin Yandex News
Read Reporterin Google News
14 comments
Information
Dear reader, to leave comments on the publication, you must sign in.