Will the EU and NATO survive the COVID-19 epidemic? 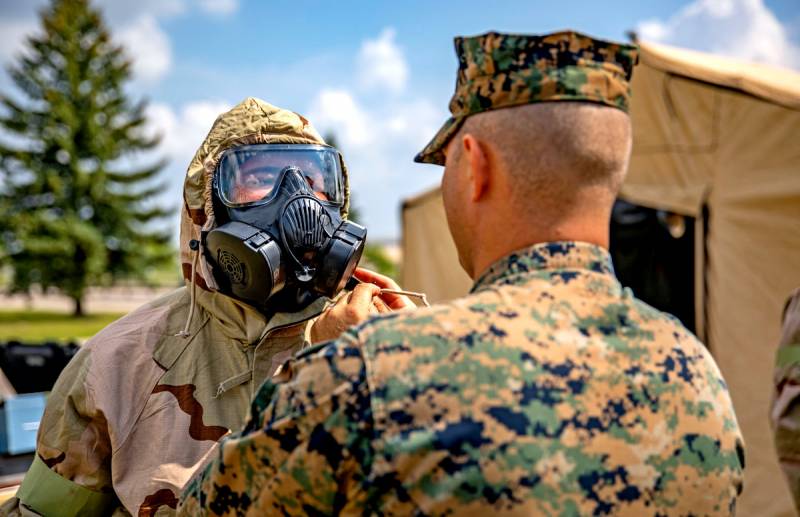 Regarding what kind of damage will ultimately be caused by the world the economy the coronavirus pandemic, to what minimum limit energy prices can fall, and how long our planet will come to its senses after the disaster that has befallen it has ended, while there are heated debates and various versions are being built. However, it is already quite possible to judge the losses that were unambiguously inflicted by it on global international organizations, which until recently had played a leading role in the global geopolitical, economic and military “alignments”.


Most likely, their members will not be able to avoid, at least, a serious revision of so many established principles and approaches. However, the question of the further existence of these formations may well arise, at least in the current form.

The pandemic dealt a crushing blow to the concept, which over the years, in fact, became the basis of the military doctrines of the vast majority of European countries that are members of NATO: in the event of any “grandiose chucking”, one must dig in and try to hold out until the Americans arrive. Over the naive belief of some residents of the Old World that overseas allies will certainly arrive on white aircraft carriers, save everyone, fix everything and fix it, at one time the English writer John Wyndham was pretty ironic in his novel, the Holocaust of Triffids Day. As part of its plot, it is true that humanity was not bent from a pandemic, but from an invasion of semi-rational and predatory plants, but not the essence ... In this fascinating book, the Americans did not come to the old woman of Britain, as to all her closest neighbors, “ to rake "on their own. This time they did not come to the rescue. The United States preferred to shut itself off on its own distant shores, tightly blocking access to Europeans, however, as well as residents of the rest of the world. The perplexity and resentment expressed in Washington by the leadership of the European Union simply ignored it: “it’s not up to you now.” Militarily, the isolationist position of the United States is perhaps the most pronounced. There will be no “Defender of Europe" this year. It all started with the Pentagon’s decision, voiced directly by its head, Mark Esper, who stated that starting March 13, US Army personnel and members of their families are strictly forbidden from visiting countries on the black list of the US Central Concert Hall. But that was only the beginning.

In the very near future, the leadership of the European Command of the American Armed Forces made it clear - there was no question of sending overseas the previously promised 20 thousand soldiers and officers, who were to participate in Defender Europe 2020. And just the other day, the military department of the United States put an end to doubts about the fate of these maneuvers - they simply will not be. Those several thousand American warriors who have already been transferred to the Old World from the beginning of this year will return home, “serve” the quarantine period and will serve in their homeland. Together with Defender, which were vigorously touted as “the largest NATO demonstration of unity and cohesion over the past quarter century,” a bold cross has been placed on a number of other international maneuvers. So, by the decision of the Pentagon, the large annual exercises of the Air Force and Air Defense Forces of the Frisian Flag Alliance, which were supposed to be held from March 23 to April 4 in the airspace of the Netherlands and Belgium, have already been canceled. Similar events, codenamed: Saber Strike, Dynamic Front, Joint Warfighting Assessment, Swift Response, will also not take place. The Cold Response 2020 maneuvers were completed ahead of schedule, during which NATO soldiers in Norway tried to work out "counteracting Russian expansion in the Arctic." They worked ... Moreover, the brave American guys decided to stay away not only from Europe, but also from Africa. “Under the knife” went the plans of the African Lion 2020 international exercises, which were going to be held in Morocco, Tunisia and Senegal from March 23 to April 2.

Military games, however, are acquired. Although the North Atlantic Alliance has never canceled so many large-scale “field” events. However, the main point here is different. What is this militarypolitical block was created at all ?! If memory serves, the goal was called “protection from any security challenges”, “crisis management” and “ensuring stability in the Euro-Atlantic region”. So what?! Here it is, a challenge, appeared in all its glory - security, coupled with stability flew to hell. So where is the promised “crisis management,” your North Atlantic mother? Why were all these hysterical demands about 2% of GDP for the needs of the "strengthening of the Alliance"? What kind of "security" should they have gone to, if now the NATO armies, instead of fighting the combined forces against COVID-1, are seated on national "barracks"? It is quite natural that the EU responded to Trump’s decision to close the US borders for "plagued" Europeans with the conclusion: "Yes, the Americans will betray us at the very first problem!" Already betrayed! Will they sit back overseas and then come back here to restore order, remembering the “North Atlantic principles”? Well, no ... ”It may well turn out that a pandemic will be the last nail in the coffin of the already fairly dilapidated military-political bloc, which is completely incomprehensible for what.

However, Europeans themselves, who blame Americans for isolationism and unwillingness to “cooperate” in a critical situation, also behave in many ways in no better way. On the one hand, “Schengen” liberties, which have practically abolished borders within the EU and allowed citizens of its member states to move completely freely and uncontrollably, many have already cursed purely and tenaciously: “They have reunited on their own head!” On the other hand, since the European Union is a “big and friendly family”, then all its members should overcome the hardships and hardships, in theory, together. That's just something unlikely that this principle really came to life. No, at the level of international financial organizations, oath promises are made to help everyone and save everyone. The International Monetary Fund is ready to raise $ 1 trillion in loans to help countries fight against coronavirus, in particular, to provide about $ 50 billion to developing countries and to allocate up to 10 billion low-income member countries at a zero rate. Much more advanced advances are given by the European Bank for Reconstruction and Development, which offers a crisis “Solidarity Package” of 1 billion euros, which should help companies from 38 countries where the bank operates. Basically, we are talking about the provision of short-term loans and credit lines to replenish working capital, as well as the restructuring of existing debts. The European Investment Bank Group (EIB), in turn, proposes "urgent measures to deal with the consequences of the COVID-19 epidemic." They are ready to allocate 40 billion euros ... Do not flatter yourself - not for help, but for "credit vacations on short-term loans."

In fact, world and European bankers are not going to save anyone. It’s just that their plans do not include the total ruin of at least small and medium-sized businesses in a number of countries. They will declare themselves “coronavirus bankrupt” - and adios, amigos! What will you take from them later? No, it’s better, before it's too late, to put new debts on them so that they pay off the old ones and continue to pay further. The way that “European solidarity” actually works in a really critical situation is demonstrated by the tragic example of Italy, which the rest of Europe, in fact, left to die alone with COVID-19. The appeal of the country's government to the European bureaucrats, which sounded a real plea for salvation, was, in fact, ignored. Austria closed the borders for Italians, Germany banned the export of protective masks and medicines. The European Central Bank did not support the financial stability of Italy and its banks, which had long been considered the weakest in Europe, were on the verge of survival. In combination with the almost complete halt of the Italian economy, this may well lead to the fact that businesses and individuals will not be able to pay their own loans, a financial collapse of the whole country will occur. At the same time, which is characteristic, it will not seem to the whole Old World a little - after all, Italy takes the fourth place in terms of GDP (2.1 trillion dollars) on the continent and its “collapse” will cause, at least, a storm in the banking system of the entire European Union. As a maximum - a tsunami that will destroy it. And this is at a time when the global recession is approaching the whole world, and the EU in particular, which economists predict in chorus and unanimously with a probability slightly more than 100%.

Is it any wonder then that the same Italian lawyers, represented by the Camere Penali del Diritto Europeo e Internazionale, are demonstratively asking for personal assistance from Vladimir Putin and begging him to send at least masks and medicines to their country? By the way, the only country that sent the Italians absolutely free of charge a plane full of medical "consumables" and provided a team of doctors who were already able to fight the infection on a professional level was China. But what is happening now in Italy, Spain, the problems that are already engulfing Germany and France, may well be only the first act of tragedy. Alas, experts at the Robert Koch Institute, a German government research organization responsible for disease control and prevention, predict that the COVID-19 pandemic could last up to two years! In Britain, at the government level, they are preparing to fight the virus until next spring and predict the hospitalization of 8 million people. It is difficult to say what will remain of the European Union in (God forbid!) The implementation of just such scenarios. No one will argue that he’ll just take it tomorrow and “fall apart”. Nevertheless, the number of those who can be classified as “Eurosceptics” is likely to increase exponentially with increasing problems.

London no longer has anything to do with the EU, Berlin and Paris will be concerned about saving what remains of their own economies. Many small and less prosperous countries, accustomed to living by the grace of Brussels, its subsidies and subsidies, are likely to be left with nothing. In the best case, they will be offered “help”, which subsequently will have to be paid, and even with interest. The borders of the Schengen zone closed by coronavirus may well not open after the end of the pandemic. Europe, of course, is not going anywhere, but it’s very difficult to say what will happen to its “unifying” structures.
Ctrl Enter
Noticed oshЫbku Highlight text and press. Ctrl + Enter
We are
Ukraine from the inside: traitors, curators and those who watch from the Kremlin
Ten "defeats" of Putin
Reporterin Yandex News
Read Reporterin Google News
Ad
The publication is looking for authors in the news and analytical departments. Requirements for applicants: literacy, responsibility, efficiency, inexhaustible creative energy, experience in copywriting or journalism, the ability to quickly analyze text and check facts, write concisely and interestingly on political and economic topics. The work is paid. Contact: [email protected]
4 comments
Information
Dear reader, to leave comments on the publication, you must to register.
I have an account? Sign in