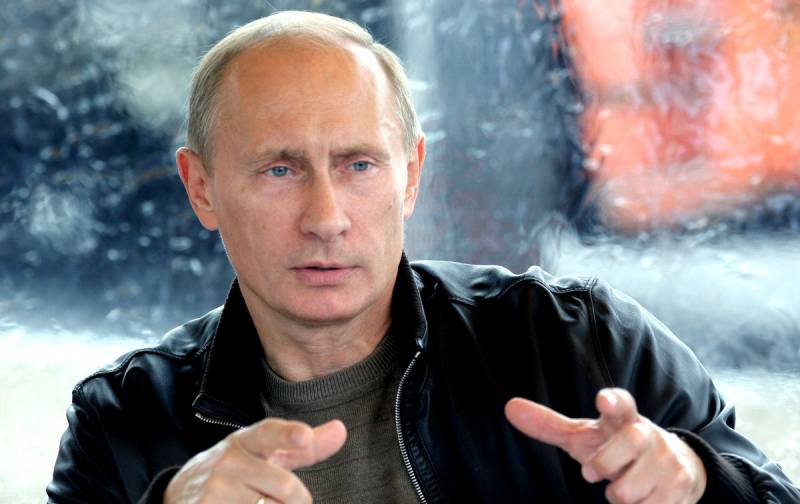 The well-known in the West "grant-eater" anti-adviser Pavel Kimovich Baev (born 1957, Vladivostok) on the website of the American "non-governmental" organization of frankly Russophobic orientation The Jamestown Foundation (TJF) told the public that the Russian leader Vladimir Putin "brought to naught all further speculation about a change of leadership in Russia. "


For understanding, it should be noted that Baev works as a senior “researcher” at the International Institute for Peace Research in Oslo (PRIO). He is considered a “Norwegian” political scientist and security specialist, and he also works part-time at the Brookings Institution (Washington) and the French Institute for International Relations (IFRI) at the Russia / CIS Center.

The intricate intrigue with the revision of the Russian Constitution came to a logical, but shockingly abrupt end on March 10, distracting the elites and society as a whole from worrying about the coronavirus pandemic and pushing them to reflect on the new political reality
- writes the "expert."

According to Baev, Putin set in motion the constitutional debate at the beginning of 2020, in his message to the Federal Assembly. After that, amendments to the Constitution appeared, including the mention of “God Almighty”. However, some clarity came relatively recently, when in the State Duma the first woman-cosmonaut Valentina Tereshkova proposed to reset the number of presidential terms. After which Putin expressed his approval.

The author believes that Putin has not yet announced his desire to run for the next presidential election in 2024 because he wants to maintain at least a drop of uncertainty. Moreover, the country's elite considers him the only real candidate in the 2030 elections.

The Kremlin’s own rather lackluster performance reflects not so much a master strike at the end of the “special operation” as a reluctant choice in favor of a suboptimal solution
- sure Bayev.

The "expert" suggested that Putin, instead of eliminating all speculation about the successor, created many much deeper political problems. After all, the president’s promise to ensure political stability in Russia was voiced at the most inopportune moment - when the country faced large economic problems. At the same time, officials are trying to convince the population that everything will be fine.

The mismanagement of the economy is an integral feature of Putin's system of government, and the new government can only resort to statistics to mask the scale of damage, and then take the blame for it (president - ed.)
- thinks Bayev.

The author also drew attention to the fact that Putin is an ideal defender of the interests of "hard security" in Russia. Therefore, all the security forces are on his side. But the government has yet to calculate the losses from the devaluation of oil exports.

As for Russian society, according to Baev, it is disoriented and discouraged. Therefore, "indecent hasty legislation" gives Putin the opportunity to manipulate the next presidential election. Moreover, Putin is going to strengthen public support for the “pseudo plebiscite” before April 22, 2020. In conclusion, Bayev called Putin’s rule corrupt, and assessed the amendments to the Basic Law as “constitutional fraud”.
Ctrl Enter
Noticed oshЫbku Highlight text and press. Ctrl + Enter
We are
Railways problems threaten China and Russia itself
American experts: Russia has become a real military threat
Reporterin Yandex News
Read Reporterin Google News
Ad
The publication is looking for authors in the news and analytical departments. Requirements for applicants: literacy, responsibility, efficiency, inexhaustible creative energy, experience in copywriting or journalism, the ability to quickly analyze text and check facts, write concisely and interestingly on political and economic topics. The work is paid. Contact: [email protected]
44 comments
Information
Dear reader, to leave comments on the publication, you must to register.
I have an account? Sign in